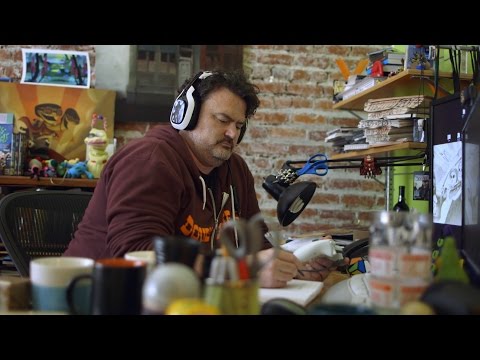 For three years, a documentary crew captured the once-secretive process of video game development, chronicling the creation of “Broken Age” from a Kickstarter pitch to a finished game and beyond. Along the way, Schafer and his team at Double Fine persevered through production delays, internal strife, financial crises, looming deadlines, sickness, layoffs, and the weighty expectations of a critical public.

Now in a definitive remastered release, this landmark documentary series allows everyone to share in the passion, humor, and heartbreak of making "Broken Age"! Featuring twenty episodes plus two complete series commentaries by 2 Player and Double Fine, the Double Fine Adventure is the most in-depth look at video game development ever produced.