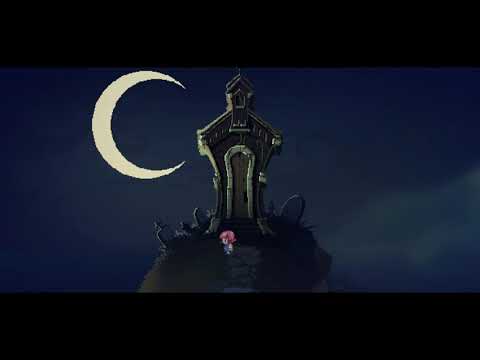 Why buy on GOG.COM?
DRM FREE. No activation or online connection required to play.
Safety and satisfaction. Stellar support 24/7 and full refunds up to 30 days.
Cleo - a pirate's tale
Description
„Cleo - a pirate’s tale“ is a Solo Developed Retro Pixel Art Pirate Adventure with a lot of nostalgic flair, humor and a linear story, inspired by the old Zelda games and the classic LucasArts adventure games. THE STORY: „What is the most important part of a story?“ Cleo is a 14 year old...
User reviews
4.4/5
{{ review.content.title }}
Product details
2021, Christoph Schultz, ...
System requirements
Windows 7, Intel Core i3 / AMD FX or higher, 4 GB RAM, Nvidia 460 Series / AMD 75XX or higher, 3 GB...
DLCs
Cleo - a pirate’s tale - Deluxe Content
Description

„Cleo - a pirate’s tale“ is a Solo Developed Retro Pixel Art Pirate Adventure with a lot of nostalgic flair, humor and a linear story, inspired by the old Zelda games and the classic LucasArts adventure games.

„What is the most important part of a story?“

Cleo is a 14 year old cynical girl, living a repetitive life with her father in a bar. She knows everything about the epic adventures of pirate legend Captain Cabeca, but in her everyday life, she is just surrounded by boring fishermen and unsuccessful pirates, hanging around at the counter.
But when Cleo finds a strange pirate-logbook and sees a ghost, who gives her a mysterious hint, her boring life is about to get turned upside down. She is thrown into a dangerous adventure and finds herself in a world of lies, deceit, greed and bad breath - the world of pirates - and most of them are looking for the same thing:

THE TREASURE OF ETERNAL MEMORY.

"Kraken Fodder" is a mini game inside the game.
It is a card and dice game, which is taken pretty seriously among fishermen and pirates. One round takes about 5 minutes and the game is about destroying your opponents card deck with canon balls. HAHAHAR!
Throughout the game, Cleo has to play this card game against a few NPCs.

The game was successfully funded on Kickstarter in 2020. The release is planned for late 2021 with full voice acting in English and German.
ARRRGH!