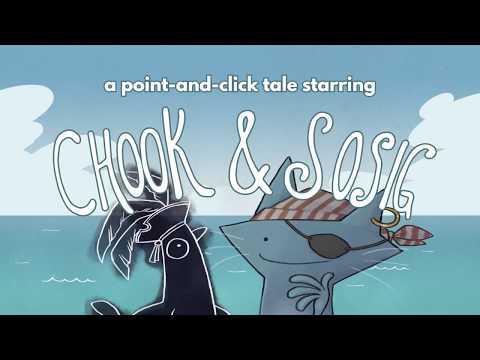 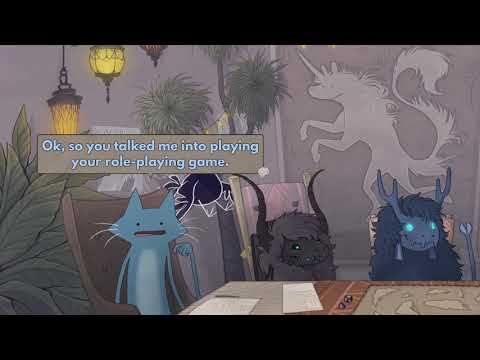 Chook & Sosig: Walk the Plank is a mischievous, charming and character-driven adventure.

Along with a few friends, Chook & Sosig get creative while roleplaying as pirates. When you need to hunt for fabled treasure, you need some weird pals to join your quest! Join a ghostly chicken and a wobbly spaghetti cat as they seek fabled treasures, solve puzzles, wear dashing hats, and who knows what else!

Through point and click gameplay and hilarious dialogue with oddball characters, the world of Chook & Sosig is brought to life with hand-drawn art, comedic charm and delightfully detailed cartoon-inspired animation. Explore a seaside world with beloved characters including Min, Hebble, Cow and countless naughty goblins. Shape the story and unfold comedy adventure!

They may not be actual pirates, but they’ve heard all the classic tales. What could go wrong?

TookiPalooki is a one-woman indie game development studio, based in Hawke’s Bay in New Zealand. TookiPalooki games are inspired by the beauty and quirkiness in nature, as well as cartoons, skeletons and other critters. Her titles often feature the award-winning Chook and Sosig, a sensible ghost chicken and a spaghetti cat. Published by Armor Games Studios, Chook & Sosig: Walk the Plank is her largest release to date, imbued with careful details, friendship and kind-hearted comedy.
Popular achievements