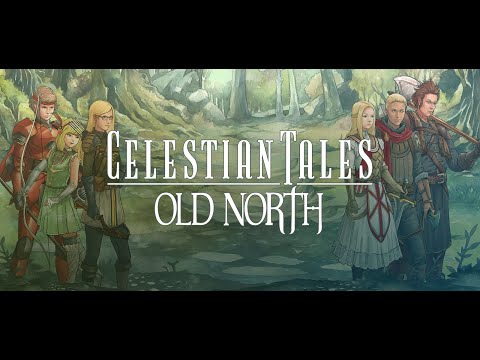 The First of a 3 Part Series Celestian Tales Old North is full of lush hand-painted environments, emotive portraits, memorable characters and a sprawling engaging moralistic storyline that is told through the eyes of six protagonists. The actions you perform and the decisions you make in Celestian Tales: Old North will carry over to the next installment of the series.

Experience what it's truly like to bear the responsibilities of a hero in the beautifully hand-drawn Old North. Take on the role of one among six young nobles, learning your way of knighthood and assisting the lords you serve. When an external force threatens the land, you find yourself swept in the tides of war where the deadliest enemies are those among your own ranks.

Celestian Tales: Old North is a complex tale of human interactions where deception, intrigue, and betrayal stand side-by-side with loyalty, friendship, and personal growth. Scrapping away the cliché of a destined person or a boy/girl-saving-the-world, the story is tailored for a mature audience and questions the bare morals of a human being. Will you do anything to survive? Will you be steadfast in defending your faith and beliefs? Or will you let yourself be corrupted, little by little, in the name of greater good?

Featuring a turn-based combat system with plenty of character and party customization options, Celestian Tales allows you to play the game at your own pace in your own style. Enter the first decade of this epic three-game series and see for yourself what sets it apart.

All trademarks referenced herein are the properties of Ekuator Games and their respective owners. Digital Tribe Games © 2015. All Rights Reserved.