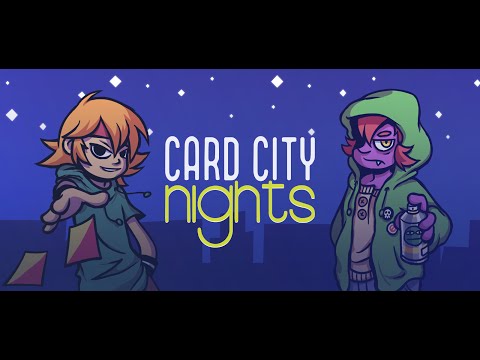 Card City Nights is an adventure through a city filled with card-nuts and lunatics. Battle for the 8 legendary cards to enter the biggest competition this city has seen yet.

CCN is not a traditional card-trading game. It's an adventure game with zany characters to meet and weird locations to explore. In the center is our new card battle system that breaks away from the fantasy TCG mold with connecting cards to form combos.