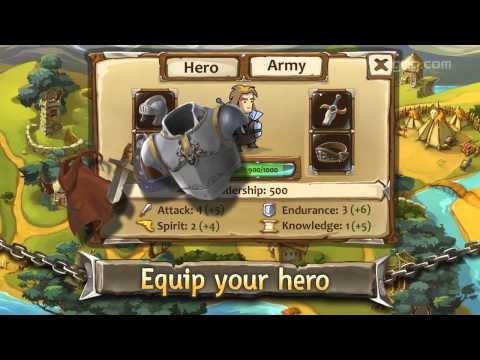 The story will take place in a hand-drawn world and cover many interesting places and characters. Various warriors will join your army - archers, scouts, healers, footmen, arbalesters, and more.