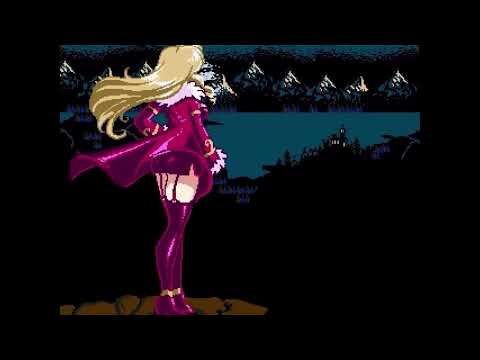 
Play through a story that spans three characters with their own unique paths and playstyles.

Naomi vos Cruz, the young, inexperienced knight who is sent on a simple courier mission that spirals out of control. She finds herself battling monsters and mercenaries in a struggle to stop a cult's powerful, demonic ritual. While not particularly mobile, Naomi has several special attacks to help her deal with various situations.

Sinlen Rothschild, a powerful and mobile mage and Naomi's best friend. Ambushed during the investigation of ancient ruins, Sinlen defends herself with a wide assortment of long range magic.

Trevor vos Cruz, Naomi's older brother and Master Hunter for The Church. While Trevor is slow in attacking with his giant sword, Verbanner, he excels at quick, evasive maneuvers.


It feels like years since I first announced Brave Earth: Prologue. Mostly because it actually has been. The side project that was supposed to take a few months instead sprawled into a retail game that has taken several years to complete.

Brave Earth wears its influences a bit... shamelessly on its sleeve. The game was originally conceived to be a freeware "study" game for me -- learning through emulation. But the product I'm releasing is more than just emulation. I've tried my best to both understand and then build upon one of my favorite eras in platformers to almost arrive at a uniquely different alternative reality. A more modern sensibility without playing like a modern take on a retro game.

As George Lucas's Star Wars built upon and paid tribute Flash Gordon while establishing its own voice, I'm hoping Brave Earth can do the same.


This is Dan Stern from Dangen Entertainment. I’m both pleased and proud to present Brave Earth: Prologue.

I’ve said in other places how happy I am for pixel art to have made a come back with the independent development scene. The pixel art in BEP is excellent, but what I have found to stand out and amaze me in this game is the meticulous care that Kayin put into designing the encounters. It doesn’t come as any surprise to me considering his previous work, but in no time at all I got the feeling that he was in my own head in a sense.

Kayin’s complete understanding of player psychology is as enviable as it is rare in game development. I Wanna Be the Guy was a game that was completely designed around it. Traps spring up and invisible blocks bar your path, leading to your frequent death. It was almost as much a commentary on game design in a meta sense as it was a clever arrangement of platforming puzzles.

In Brave Earth: Prologue, by contrast, traps and obstacles are laid bare before you. This is not a game meant to trick you cleverly, but rather to masterfully utilize a comprehensive understanding of what makes for a satisfying challenge.

It’s remarkable that the game also leads the player along a logical path through the game’s world, with three totally different playable characters, no less. While level-based rather than open world, BEP still gave me a powerful sense of progress, journey and adventure. To find that depth of setting in a game with so much attention paid to the gameplay balance is impressive to say the least.

I couldn’t be more proud to work with a talented developer like Kayin. This game is a masterpiece of 8-bit era game design and it vastly raises the bar in my eyes as a gamer. I can’t wait for you all to experience it.