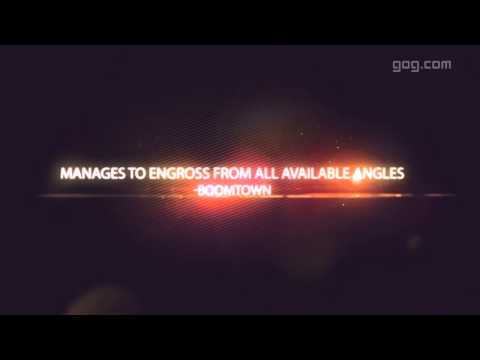 Maybe you’d like to finally be able to build the powerful Core ships that the AI has long used -- or the all-new experimental ships with strange and powerful abilities. Befriend the dangerous alien Dyson Sphere by helping it against the AI forces, or sneak around it to avoid incurring its wrath (that thing is moody). If you see a Devourer Golem, don’t forget to run -- preferably as it pummels your enemies. Any path you take, there are consequences; AI War is known for being heavily strategic even amongst strategy games, and The Zenith Remnant takes it to new heights.

AI War: Children of Neinzul
Today I am born, today I die. The Neinzul are an insectoid race of perpetual "younglings" that live for an extremely short span before dying and being superseded by fully-aware and vicious replacements. Their Enclaves form mini-collectives with their own personalities, goals, and desires. In this second expansion to AI War, players face off against the Neinzul minor factions, against new AI types in general, and enlist the help of the friendlier members of this new alien presence.

Enclave Starships bring a long-awaited feature: mobile space docks. New map types and new capturables add more excitement. Optionally, Hybrid Hives bring a new type of AI logic to the game: these free agents are like a coordinated pack of velociraptors hunting you against the backdrop of the regular AI forces. For advanced players, the Hybrid Hives provide more cut-throat opposition than ever.

AI War: Ancient Shadows
Introducing Champions: These modular behemoths can be upgraded, gain EXP, and lend powerful aid to your main forces. But champions possess a unique power that sets them even further apart from other units: they can explore entirely new parts of the galaxy where the AI cannot reach. Splinter factions of humans, zenith, neinzul, and spire all dwell in those backwater nebulae. Some are hiding. Some are plotting. Some have gone totally insane. It is there, in the shadows, that your champion can find relics from the ancient race which constructed it. What power awaits? At what cost?

AI War: Destroyer of Worlds
From the game-changing Nomad Planets to the mysterious Exodian Blade, “Destroyer of Worlds” brings a new level of devastation to the epic AI War universe. Dare you use weapons that threaten the structure of the galaxy itself?