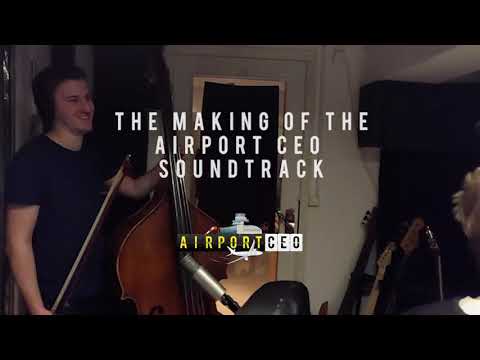 The soundtrack is composed and produced by Daniel Rosenqvist and Anton Dromberg of Sinephony, a Stockholm-based studio specialized on music production for games. Together with the Airport CEO team they spent a full year realizing the soundtrack dream taking it from idea to composition, recording and eventually mixing and mastering. The soundtrack is mixed with the guidance of Willem Bleeker of Baggpipe Studios and mastered by Johannes Ahlberg of Saintpid Mastering.

A total of 10 talented musicians participated in the recording of the soundtrack playing everything from brass instruments to strings and the Airport CEO team of Apog Labs would like to extend an international airport sized thank you those musicians, and especially to Daniel and Anton of Sinephony for creating this gem of a soundtrack.

... and a special thanks to Rasmus Faber!

Produced by Sinephony for Apog Labs.