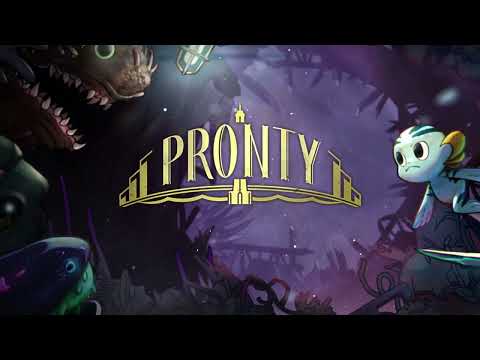 Control the inexperienced Pronty and Bront the Javelin, a weaponized robotic swordfish that can fend off the sea creatures corrupted by toxic waste. Use Bront to repel enemies, remove obstacles, and shield Pronty from harm.

A terrifying array of hostile and mutated sea life

Encounter all sorts of creatures formed from a ghastly fusion of sea critters and marine debris. While some might look easy to defeat, there’s always a bigger fish…Fight giant bosses to bring back hope to the once-thriving Royla and reveal the truth behind the monsters and pollution.

Unlock new abilities and upgrades in Pronty’s Memory Board to put together strategies that work for every situation and play style.

Swim through a magnificently terrifying atmosphere, designed with a colorful, clean line art style to depict the mysterious underwater world. Experience sound and music by Behind the Screen composer Paul Su.

Replay again and again, with post-launch updates including the boss rush mode in Neptune’s Hall.