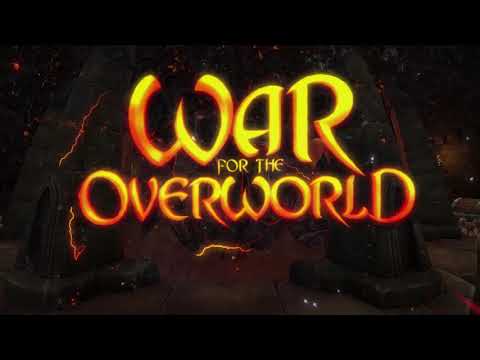 Jack O’Worker
The citizens of Kairos celebrate Halloween by donning costumes and consuming confectionery. But the best your poor workers can hope for is a new haircut.

Shame then that you do not have a steady scissor hand, eh, Underlord? You’ve only gone and maimed one of them so severely that to conceal his disfigurement, he must now wear a jack-o’-lantern!... Say hello to your Jack O’Worker!

Santa Worker
While your minions slumber and drool, stuffed from their Christmas gorges, you are wide awake, daydreaming of the ultimate gift: the Empire wrapped in the skin of your foes, and tied off with a bow of their fairest, flowing locks!

Since you’ve been such a good Underlord this year, I have a gift for you: his name is Santa Worker, and he has no interest in taking a nap! This time of year he has work to do - digging through the permafrost towards your ultimate victory!

Bunny Worker
Sprouting from his warren like a daffodil, Bunny Worker rises with a ravenous appetite - for chocolate eggs!

Aloha Worker
Arriving on the northern shores of the world, you step forth and witness golden sands and turquoise seas, flush from the heat of Mount Phaestus.

Your Workers haven’t seen the sun in aeons, and while most skulk away from the light and back away into your dungeon, Aloha Worker is unpacking his suitcase - bucket and spade? Check! Flip-flops? Check! Hawaiian shirt? Most certainly, check! Though judging by his skin tone, he might have forgotten to pack the sunscreen...