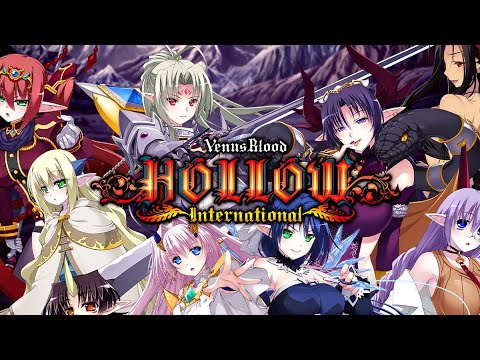 In ancient times, the Holy Land of Helvetia flourished under the goddess Elnath's protection. Then the demons came—pouring out from the land below, overrunning the holy land and defeating the goddess through violent war—bringing about an age of darkness.

The humans who once lived peacefully under the goddess' protection are now ruled over by the four demon queens, known as the Dark Lords. Any humans deemed worthless have their souls farmed to create Tactica, a crystalline object used as a material for weapons and as fuel. However, a new conflict arises as rumors of Empress Karvia's plans to take over all of Helvetia spread, causing the other three Dark Lords to simultaneously declare war on the Empire.

Despite being surrounded on all sides, Empress Karvia remains confident that she will prevail. After all, she has a secret task force under her command, one that served her well in the war against the goddess: The “Black Arme Vapula,” led by the war hero Leonhardt Arknoah.

Battalion Battles (Triple Squad Battles)
In this new installment of the Venusblood series, we present you with the new "Battalion Battle" system! With three squads of six units each, you enter battle... with all 18 units! Watch the chaos unfold as units start fighting each other based on your orders and pre-set tactics...Sometimes battles are won before they even start!

Customizable Squad
Put together your own custom, unique teams! Be it a team filled with commander units only, common units only, or a set up based on synergistic affinities, you are free to create handmade teams to conquer the land. Create teams, deploy them, and watch as your custom-crafted teams destroy the enemy!

Squad Positioning on the Map
In VenusBlood HOLLOW, you can place your units on important chokepoints to play defensively, or you can go all-out and send multiple squads to the enemy base and capture it by force! Do you have what it takes to command your forces and lead them to victory with a tactical mind and strategic skills?

Optimizing Units
You can customize your units in various ways! Raise them, assign them to a squad, give them equipment, and bring them with you into battle! You can also assign titles to soldiers that you hire, which will allow the unit to learn skills that they would not have learned otherwise. Try putting together a unique squad comprised of only your favorite units and watch as they decimate the enemy forces!

Awakening System
You can choose to "awaken" a captured Dark Lord to make them loyal to you and your cause. Once a Dark Lord is fully awakened, both their outward appearance and personality will change. Will you leave the captured Dark Lords the way they are? Or will you break their will to awaken their new potential?

Multiple Endings
Depending on the decisions you make throughout the game, how the story progresses will change. Do you seek chaos and evil, or justice and nobility? Choose wisely, for they will influence the ending you get. Both the Law and Chaos routes have unique endings, as well as sub-endings! Will you agree with Sylvia’s method and seek a more peaceful means of revolutionizing the Empire? Or will you give in to your desires and take a darker path of destruction to fulfill your ambitions...

Difficulty Modes & Replayability
Multiple difficulty settings offer a wide range of gameplay options. For those who want to skip the gameplay and just enjoy the story, use the easy mode's "Win Skip" function to skip battles or even entire maps altogether. Hardcore fans, use the New Game Plus mode that allows you to carry over progress from your previous run and challenge the newly unlocked higher difficulty levels for a more challenging experience! In fact, if story isn't really your thing, there is also a battle royale mode available after clearing the game that cuts all story content!

VenusBlood HOLLOW may contain content not appropriate for all ages. This includes: Fantasy Violence, Sexually Suggestive Scenes, Mind Control Through Magic, and Mature Language. All characters shown in mature situations are over the age of 18.

VenusBlood HOLLOW may contain content not appropriate for all ages. This includes: Fantasy Violence, Sexually Suggestive Scenes, Mind Control Through Magic, and Mature Language. All characters shown in mature situations are over the age of 18.