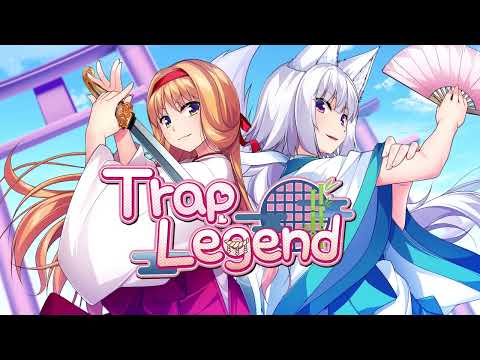 Why buy on GOG.COM?
DRM FREE. No activation or online connection required to play.
Safety and satisfaction. Stellar support 24/7 and full refunds up to 30 days.
Trap Legend
Description
In the beginning, Crossdressers were the sun... And Goddesses too! A story of turmoil filled romance between man and crossdresser in modern times, brought back to the forefront by the Goddesses of legend! A hymn of love for the new generation of crossdressers from Nishida Hajime and Aogiri Pen...
User reviews
Awaiting more ratings
{{ review.content.title }}
Product details
2020, No Strike, ...
System requirements
Microsoft Windows 7, 8, 8.1, 10, 1.5Ghz Processor or better, 2 GB RAM, DirectX 9.0c compatible video...
DLCs
Trap Legend UNRATED, Trap Legend Theme Song
Description

In the beginning, Crossdressers were the sun... And Goddesses too!

A story of turmoil filled romance between man and crossdresser in modern times, brought back to the forefront by the Goddesses of legend!
A hymn of love for the new generation of crossdressers from Nishida Hajime and Aogiri Penta!

"If you have time to talk, then put those hands to work!"

Stickler for Discipline
The previous chief shrine maiden before Mishiro took over her place.
Although the shrine's tradition makes her wear women's clothing, she sees it merely as work attire.
She won't allow love between men and crossdressers under any circumstance, which puts her at odds with Mishiro.

"My powers are not like those of my sister!"

Love-Hating Goddess
A crossdressing goddess, and sister of Yui. Her true name is Kototama Himegami-no-Mikoto, another kind of Hinky Goddess.
Descending to Earth with the mission of sealing Yui once more, she's cooperating with Subaru to take over the shrine.

"My sister sense is tingling! There's homewreckers coming after my Maa-kun!"

Crossdressing Shrine Maiden and Sister
A sister that untiringly works for the sake of her love, but also has a dark, potentially dangerous possessive streak.
She finally managed to reconcile and bond with Yui over their love for Masato, and now hope to strive to be the best wives for him they can ever be.
(She's not a main heroine this time）

"I shall grant your wish!"

Sealed Crossdressing Goddess
A crossdressing goddess that was sealed in Kotomusubi shrine's cave.
Her true name is Kotomusibi Himegami-no-Mikoto, the original Hinky Goddess.
Currently she has been sealed by Tamaki into a lesser form, but her affection for Masato hasn't diminished.
(She's not a main heroine this time）

The incarnation of an enshrined Komainu.
Incarnation of a guardian komainu from the shrine, declares himself a great god, but tends to be scatterbrained and a bit of a klutz.
He was originally sent to watch over Yui's seal, but since the shrine has a lack of personnel, he doubles as a shrine maiden.
(Sadly, you won't be able to romance this character in this time)


●Masato
Quintessential Protagonist
The chief priest of Kotomusubi shrine.
After finally finding himself and acknowledging his feelings for Yui and Mishiro, now he has to deal with the newly arrived Subaru and Tamaki, who adamantly oppose his newfound love.
How will he deal with this?!

Our protagonist thought that things could go back to normal after the last game...
However! He didn't anticipate the sudden appearance of a new Goddess, Tamaki!
But there's more! The former exiled head shrine maiden, Subaru, takes the opportunity to set up Tamaki as the main goddess of the shrine during the main cast's absence.
Did you think that was all? Wrong! Tamaki also happens to be in staunch opposition of all romantic relationships between men and crossdressers, igniting the ire of our heroines even further!
What will become of their budding romance? Are there even more secrets hidden in the srine?!
That's for you to find out!

As humanity and gods recover their once lost connections, a new crosdressing legend arises!