The Train: Escape to Normandy 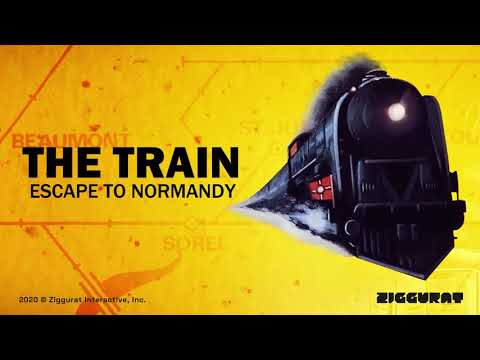 On the outskirts of Metz, a heavily armed train of the Third Reich sits sweltering in the dead of night. On board lies a secret cargo. Renoirs, Monets, Picassos – the entire plundered art collection of France – are to be smuggled to Berlin under a cover of darkness. Once in Hitler's clutches, these priceless masterpieces could be lost to mankind forever.

Only you can stop it!

In The Train, you are a leader in the French Resistance. Your mission: capture the armored "war train" and successfully commandeer it through enemy lines for a rendezvous with the Allies at Riviere, Normandy.

With the help of a brave corps of Resistance fighters, you'll engineer a WWII locomotive and engage in battle with enemy forces on land, air, and sea. Traps, ambushes and sabotage may await you at any station, any bridge or any crossing. Enemy planes will strafe you in heated pursuit. Gunboats can blast you right off the rails.

Shovel coal or shovel your own grave.

2021 © Ziggurat Interactive, Inc. Accolade is a registered trademark of Billion Soft (Hong Kong) Limited. Use here is for descriptive purposes only and does not imply any affiliation with or endorsement by them.