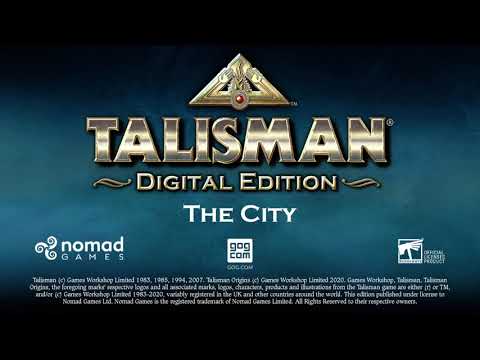 Discover the City Region, one of the four Kingdoms surrounding the land of Talisman. This expansion adds a new board piece to the main Talisman board, taking you into the bustling City filled with shops, Strangers, Merchants and more. For the traveller with some gold to spend, a trip to the City can give them the edge to survive. 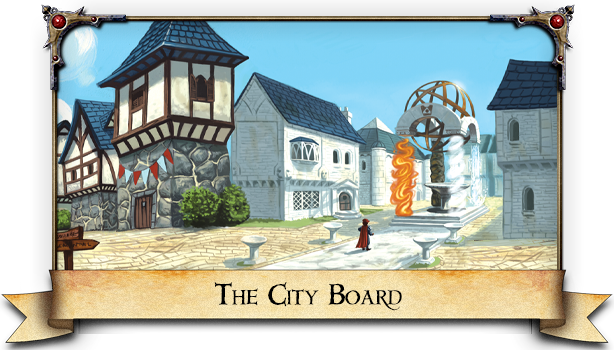 The City sits on the corner of the main board and can be accessed through the City space. Once inside the busy city, you’ll find yourself roaming through the streets with the option to enter a range of shops. The shops in the city are filled with Objects, Spells, Armour, Potions, Pets and more.

Check the Wanted Posters at the City Gate space, take on bounties and earn gold for slaying monsters across the land! 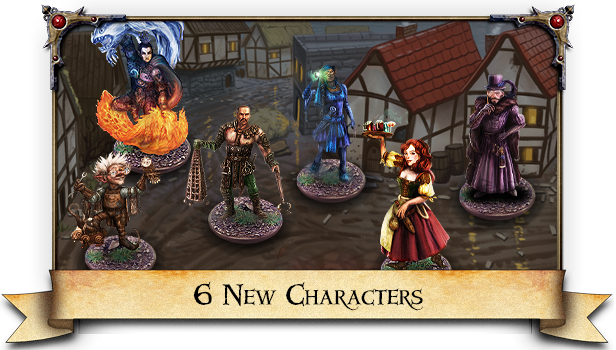 As cities grow, so can the opportunities for crime. For the agile thief, every encounter is the perfect chance to earn some more gold! When playing as the Cat Burglar:

With new and exciting possibilities arriving in the city, the ability to craft and build from new Objects has never been easier. The Tinkerer can bring his Objects to life with his magic abilities! When playing as the Tinkerer:

Narrow lanes and shadows spread across the City. Lurking in these shadows allows the Spy to follow others unseen. When playing as the Spy:

Wanted Posters cover the walls at the City Gates. Hundreds of thieves and miscreants have unfortunately swarmed to the City with its tempting shops and rich folk. It's the Bounty Hunter’s goal to rid the land of these unpleasant characters, and he will be rewarded handsomely for doing so! When playing as the Bounty Hunter: 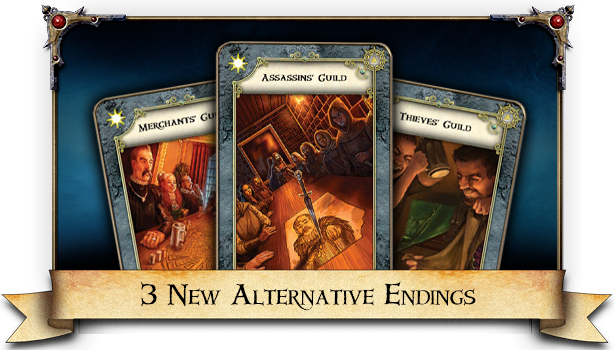 Join the ‘Thieves’ Guild’ and rule the land of Talisman with as much plunder as your thieving hands can get hold of. Once you’ve reached the Crown of Command your pockets have no limit and all the other characters’ gold and Objects are yours for the taking. Once all the gold is yours, you’ll be the winner!

If another thief lands on the Crown of Command they will also roll for the Thieves’ Guild, but whoever has the most gold and Objects wins the game.

Join the ‘Merchants’ Guild’ where only the richest and most powerful rule. Anyone who starts their turn without any gold may gain one gold as a gesture of good will from the guild. However, if it’s the Crown of Command they wish to conquer, they must prove their wealth. No one can win and rule with the Crown unless they have 20 gold or more.

Join the ‘Assassins’ Guild’ and rise to glory. If you think you’re a capable and skilled assassin this is your time to prove it. Complete 4 assassinations against 4 Wanted Poster targets and head to the Crown of Command to win the game. Be careful though, if you’re killed you may lose a Wanted Poster from your stash. 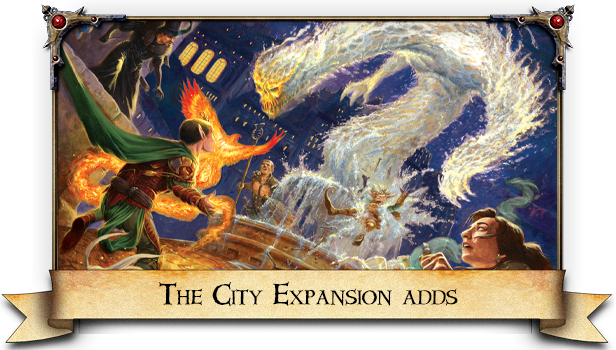 “Enter the City, brave traveller, and discover the wealth and wonders it holds!”