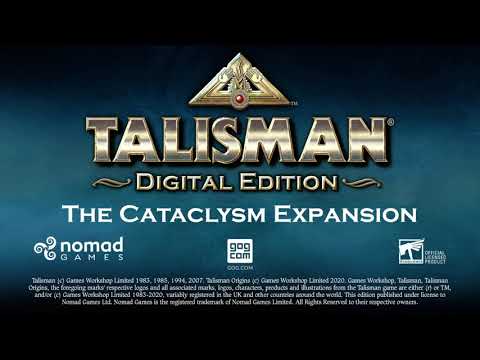 The Cataclysm expansion introduces an entirely new main board which depicts the land of Talisman after the Cataclysm has happened. Buildings you once knew are no longer there, and their inhabitants now wander the land.

Get ready to experience Talisman as you’ve never seen it before!

Talismans are precious Magic Objects which allow you into the Inner Region. Previously these Magic Objects would simply offer you passage. Within the Cataclysm Expansion, the Talisman Cards can offer you much more, featuring new Talismans with unique effects!

Merchants and Mystics now wander the land after their homes were destroyed in the Cataclysm. As you travel the ruined land you’ll discover Denizen Cards which may lead you to meet one of the wandering characters. As always, they'll be able to offer you the chance to gain items, Strength or Craft. However, there is always the chance you could be turned into a toad by the Enchantress!

Find ancient treasures, creatures and places that have been unearthed throughout the land of Talisman. Remnant Cards are placed on the board before the game begins facedown. If your character lands on one of the facedown cards you can flip it over before deciding to encounter the space or character on it.

Terrain Cards change how a space works. The original space text and name are ignored as it takes on the role of the Terrain card. These cards can be triggered by in-game effects and stay in place unless another effect requires them to be removed or changed. 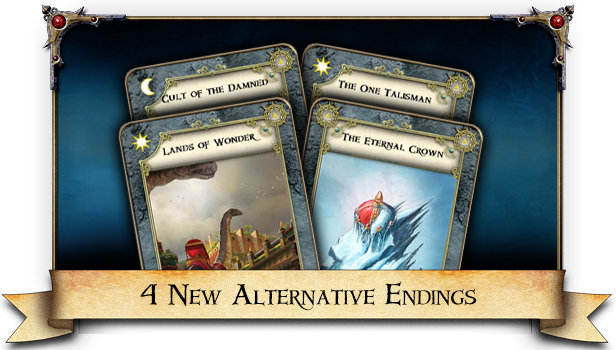 Cult of the Damned

A cabal of 6 evil cultists has joined forces to storm the Valley of Fire in a bid to claim the Crown of Command. Each member of the cult is scattered across the board, approaching the Plain of Peril from all sides. It’s up to your characters, as a team, to defeat the cultists and succeed together, or lose everything...

You’ve finally reached the Crown of Command, ready to rule the kingdom. Unlike previous rulers, your journey isn’t quite over. The Eternal Crown poses more risks to your own life as well as those you cast the Command Spell on. Be sure you have many lives prepared, as you could lose them all before you claim the Crown as your own!

After the Cataclysm only one Talisman has survived. This singular Talisman is now the only key to gaining access to the Plain of Peril. Getting your hands on this one Talisman is simple enough, discover it on a space, earn it from completing a Warlock’s Quest or pry it from another character’s hands by defeating them in battle. Once you have the Talisman, all eyes will be on you. Will you make it to the Plain of Peril before someone catches you?

As you venture through the land you’ll be required to collect a mixture of 12 Enemies, Objects, Places, Events, Strangers or Followers before heading to the Crown of Command. These cards will show you your adventure, discoveries and tale of your journey through the broken land. 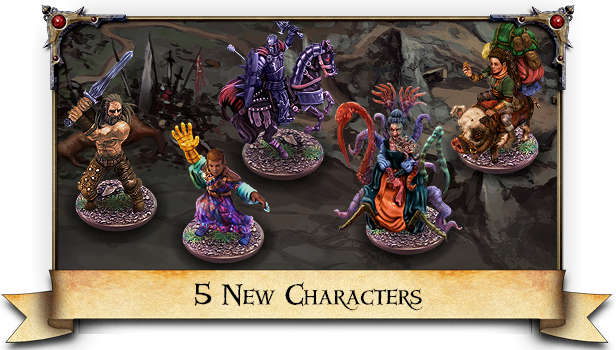 The young Arcane Scion has harnessed the magical energies of the Cataclysm allowing him to wield Magic Objects and Cast Spells. When playing as the Arcade Scion:

Starting the game with a Greatsword, it's not hard for others to see that the Barbarian’s brute strength is something to be feared. However, Psychic Combat might not be the best way to defeat him either due to his magic resistance! When playing as the Barbarian:

A notorious evil in the land of Talisman, this Dark Knight won’t hesitate to threaten anyone who gets in their way.

Through the ever-changing land of Talisman, the Mutant has always survived and adapted. Their Strength, Craft and Fate continually change as they react to the world around them. When playing as the Mutant:

Growing up in the decades after the Cataclysm, the scavenger learned that the best way to survive was to always stay on the move and collect whatever objects they could find. 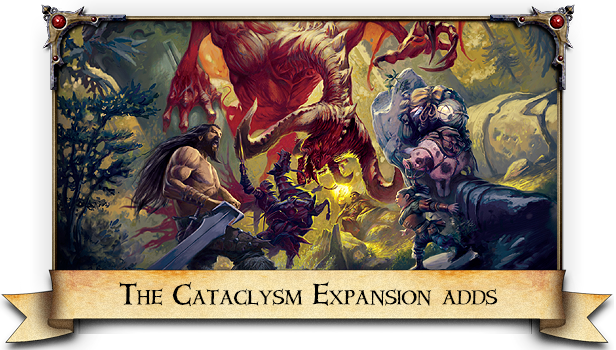