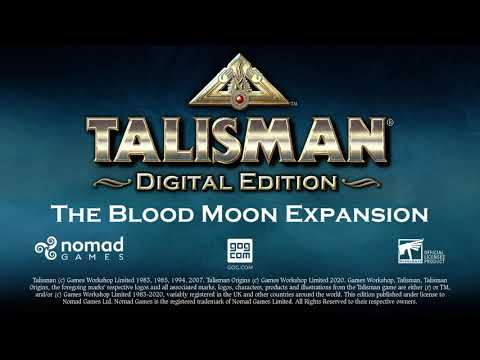 The land of Talisman has a new creature prowling its lands. The Blood Moon introduces the Werewolf, a feral creature and a new NPC into the game. As you venture through the land, try to make sure you’re not in reach of the Werewolf as the consequences of him landing on you could be fatal, unless you plan on becoming a lycanthrope yourself! 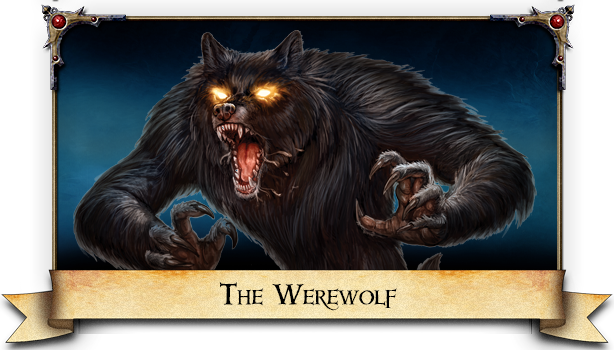 The Werewolf can smell the blood of an Enemy up to 6 spaces away and continues to prowl the land of Talisman for the entirety of a game. Anytime you roll a 1 you’ll have to roll for the Werewolf’s movement too. If the Werewolf lands on a space with a Character, the player has to roll a die against the Werewolf’s chart to determine their fate. 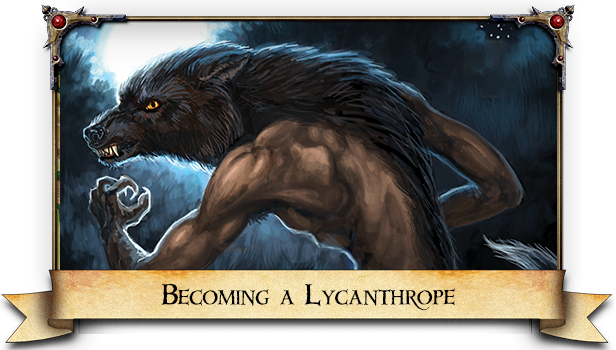 Being a werewolf isn’t the end of the world… If you become a lycanthrope, you’ll find yourself with some great advantages, but also with some disadvantages.

During the night you’ll discover your strength as a Werewolf allows you to add 2 to your attack score, you must attack another player if you land on their space, and if they lose against you they have to roll against the Werewolf chart!

However, during the day you must deduct 2 from your attack score, so best to avoid other characters or you may be left with your tail between your legs! 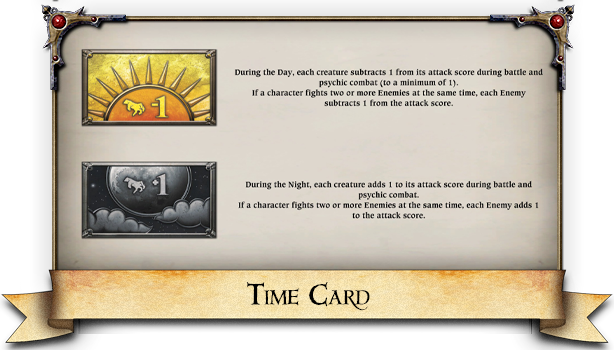 Time in Talisman moves slowly. The world as we’ve known it so far has not shown us the risks nightfall brings. During the night phase of the game, creatures receive bonuses to their attack scores, so drawing an Adventure Card might be a bigger risk than you’re used too. However, during the day creatures receive a penalty and have a reduced attack score. Some Adventure and Spell Cards also have different effects depending on whether it’s Day or Night. 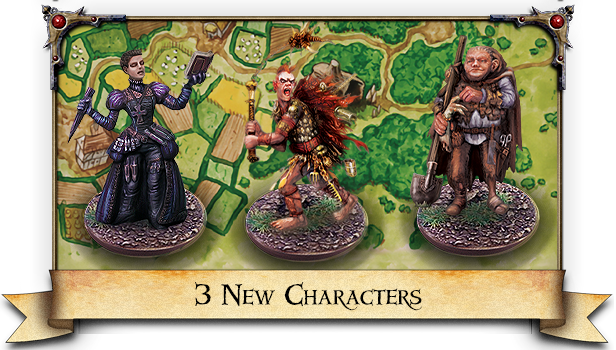 The end is nigh. Now that Werewolves are roaming the lands it won’t be long until we’re all cursed and there’s no one left to save us. The Doomsayer is prepared though. When playing as the Doomsayer:

Desperate times call for desperate measures, and with a Werewolf lurking around? You need to get your hands on anything you can to be in with a fighting chance! When playing as the Grave Robber:

The sightings of a Werewolf mean that a Vampire can’t be too far behind. The Vampire Hunter needs to investigate the situation and gain as many resources as she can. When playing as the Vampire Hunter: 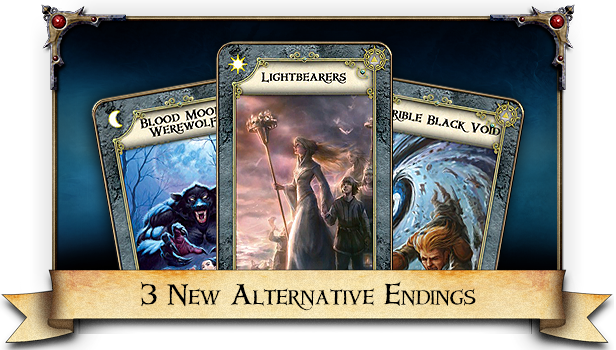 The Blood Moon Werewolf sits on the Crown of Command.

If you are a lycanthrope, at the start of your turns you must choose one character in any Region and attack them. Your character remains on the Crown of Command. If you defeat the character, he is killed. If the character defeats you, they claim a reward as normal. If all other characters are killed you win the game. 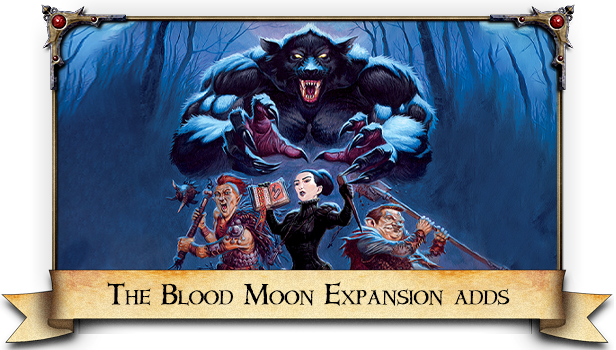 “Can you survive until daybreak?”