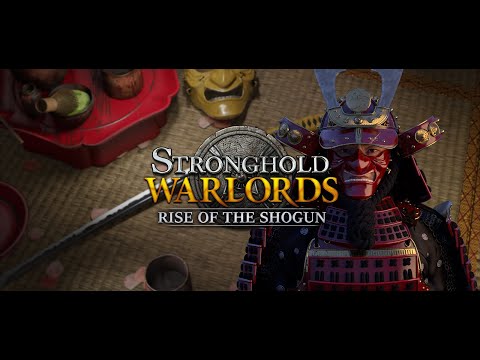 Expanding the single player campaign available in the Stronghold: Warlords base game, this new campaign DLC depicts five pivotal years of political conflict across six new missions. Experience Yoritomo's life as an accomplished military leader as you cement the power of the samurai, found the Kamakura shogunate and begin the feudal age of Japan! As part of this campaign, The Rise of the Shogun DLC also introduces two new controllable AI warlords available in skirmish mode and online multiplayer.

As a master of deception, playing against a rival Snake Warlord means keeping careful watch over your stronghold. Ninjas striking from the shadows are one thing, but with a unique perk that boosts the attacking power of these stealthy units a Snake can be a powerful and underhanded foe. In the hands of a capable player however these covert attacks can be a vital tool, keeping your enemies on edge at all times. Far from a one trick warlord, the Snake can also provide weapon shipments in the form of Lances, send powerful Ballistae siege engines and upgrade castle defences to hold his own out on the battlefield.

While not quite as devious as the Snake, the Grasshopper Warlord can prove just as fast and effective for targeting rival player economies. With the potential to wreak havoc on your opponents' industry and farming, the Grasshopper Warlord can summon large tribal armies and warrior monk relief forces, providing the perfect shock troops for unexpected raids! With a perk that can boost Spirit and the ability to round out your peasants medieval diet with some much needed vegetables, the Grasshopper is definitely not one to underestimate in the economic war that underpins each conflict.

Please Note: Rise of the Shogun Campaign is downloadable add-on content, requiring the full Stronghold: Warlords game to play. The Minamoto Yoritomo AI opponent is included with the Warlords base game and is free to use for all players in skirmish mode and multiplayer.