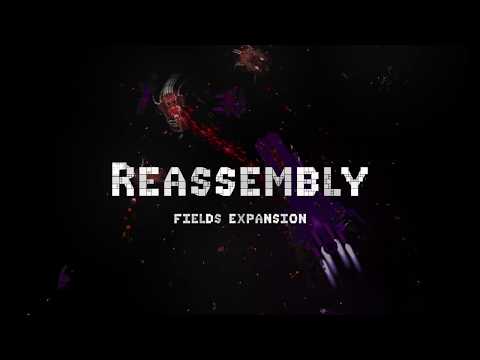 Players will be forced to deal with these mysterious fields, but fear not. There are new ship building blocks and a utility binding system to help you. All the while, new music from the original composer peakssound will expand the soundtrack for your journey.

What the heck are gravity wells?? Why are they here? What do they do, and how do they do it???

Gravity Wells contain stars with special properties. They exude a gravitational pull, bringing ship and wayward objects into their orbit. Orbiting around these stars changes the way the game is played substantially. You can navigate your trajectory around the star using elliptical and hyperbolic orbits (and even Hohmann transfers). Combat within these zones is completely different, because now you need to account for the gravitational pull of these stars. BUT BE CAREFUL! While some stars are harmless, others emit radiation that can chip away at your ship, leaving you vulnerable to your enemies and the hostility of the surrounding universe. Heavy stuff indeed.

You best slow your roll, friend. The universe is no longer some infinite super-highway for you to blast off into oblivion and beyond. Slow Zones will hinder your movements and weapon projectiles, giving a dynamic change to how you combat other ships and explore. On the other hand, some quick thinking and nimble maneuvering can leave pursuing enemies stuck in the mud. Er, trapped in a space-cloud… “zoned” maybe?

Introducing Afterburners, Burst Shields, and Decouplers. Nothing says “Punch it, Chewie” quite like engaging some afterburners, blasting your ship off into the endless night sky. Limited fuel, of course. Burst Shields give temporary defensive cover from all sides, shielding you from dangerous projectiles that would eviscerate you otherwise. Decouplers… decouple of course! Stage them throughout your large vessel so you can break away different sections at a moment’s notice. Useful for a quick getaway, or simply inconveniencing those behind you.

Sometimes you just need a few extra buttons to do the damn thing. You can now attach specific blocks to specific keys, enabling greater control to how you attack and defend your ship.

Like the additions to the game, the musical landscape has changed. Composer peakssound (previously Peaks) takes a new direction through the use of modular synthesizers and outboard gear. The new tracks are rougher, darker, and groovier. Twisted vocals, tape hiss, and drum machines do battle over extended track lengths that underscore the new threats of the Reassembly universe. Players will have the option to listen to each album exclusively or combined.