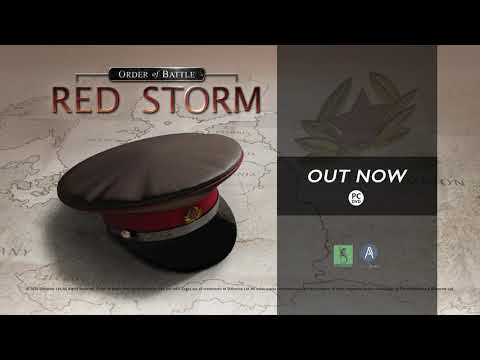 The campaign begins with the fierce tank battle near Prokhorovka during Operation Citadel, the last grand German summer offensive on the Eastern Front in mid-1943. Following the failure of Citadel the Red Army will almost always be on the offensive.

Like in the previous Soviet DLCs, Red Star and Red Steel, Red Storm includes both famous and crucial battles as well as operations that are less known or limited in scope, but still provide unique challenges. So while the Eastern Front is known mostly for large land battles, a few operations with amphibious and naval elements, like the Kerch-Eltigen landings and the liberation of Crimea, were added.

An optional scenario roughly in the middle of the campaign depicts key aspects of partisan warfare in Byelorussia. Most core units cannot be used here, and the scenario can be skipped entirely if the player prefers more conventional battles. But winning it offers additional benefits in Operation Bagration, the huge offensive against Army Group Center in the same region a few months later.

The ultimate goal of this campaign is of course the defeat of the Third Reich in the Battle of Berlin. But Red Storm does not stop there - players can opt for another battle after the fall of Berlin and take their core army to the Far East to defeat Japanese forces in the last major Soviet offensive of World War 2 in Manchuria.

Red Storm adds more Soviet commanders and specialisations, but also a number of new and improved units for both the Soviet Union and its Axis opponents:

On the other side the Germans do now deploy their deadly 8,8cm Pak 43, the nimble Pzkw II Luchs and new He-162 jetfighters in 1945, while their Hungarian allies field Turan tanks, Zrinyi SP guns and use Bf-109 and Me-210 aircraft.

Finally Red Storm adds more camouflage patterns which players can use to skin their units if they wish.