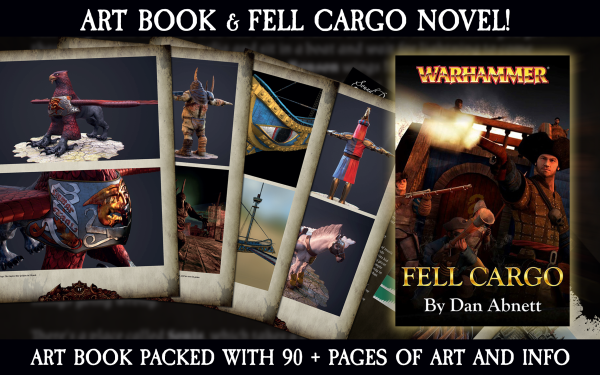 “Come twilight, they rowed ashore and beached in a small, high-sided cove of shingle and mossy rock west of the harbour bay. He knew the way, and led his companion sure-footedly up the cove path, over the grassy headland and down towards the lantern lights of the ramshackle town.”

When infamous pirate captain Luka Silvaro returns to reclaim his craft and crew, he is given the most important – and lucrative – assignment of his career: to defeat a monstrous daemon lord that haunts the Old World's oceans.

The oceans of the Old World have fallen silent. The waves are haunted by the Butcher Ship, a nightmare vessel manned by zombies and captained by a daemon lord. Its ghastly crew bring about a reign of terror on the high seas, killing anyone they encounter. When infamous pirate captain Luka Silvaro returns to reclaim his craft and crew, he is given the most important - and lucrative - assignment of his career. Supported by the Prince of Luccini, Silvaro knows he will be able to claim a king's ransom if he can defeat the daemon lord. But he will have to face treachery from within, the dangers of the high seas and the Chaos-infested crew of the Butcher Ship if he is to earn his reward.

An in-depth look into the creation of Man O' War: Corsair from the design of it's buildings to the modelling of its characters and ships. The team behind the game talk about their approach to bringing this world to life, what software they use and the trials and tribulations of the creative process! Over 80 pages of art and interviews!

The artbook and novel can be downloaded from the Game Goodies section in your account.