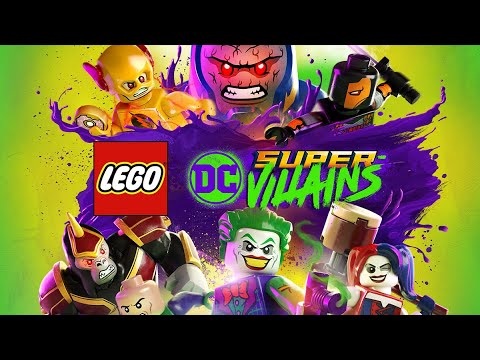 LEGO DC SUPER-VILLAINS software © 2018 TT Games Ltd. Produced by TT Games under license from the LEGO Group. LEGO, the LEGO logo, the Brick and the Knob configurations and the Minifigure are trademarks of the LEGO Group. © 2018 The LEGO Group. All other trademarks and copyrights are the property of their respective owners. All rights reserved. DC LOGO and all related characters, and elements are trademarks of DC Comics © 2018. All Rights Reserved. WB GAMES LOGO, WB SHIELD: ™ & © Warner Bros. Entertainment Inc. (s18)