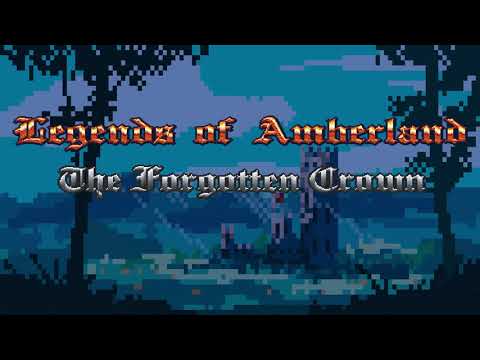 Why buy on GOG.COM?
DRM FREE. No activation or online connection required to play.
Safety and satisfaction. Stellar support 24/7 and full refunds up to 30 days.
Legends of Amberland: The Forgotten Crown
Description
Inspiration:Legends of Amberland: The Forgotten Crown is a classic western RPG inspired by the games from the 90s. Basically, it’s the kind of game I personally find missing nowadays. Light, fairy tale, epic, heroic and slightly humorous. One that does not take tons of hours to complete or requir...
User reviews
4.4/5
{{ review.content.title }}
Product details
2019, Silver Lemur Games, ...
System requirements
Win 7/10/11, Screen resolution minimum 1280x768. OpenGL 2.1 or better., 99 MB available space, The g...
Description

Legends of Amberland: The Forgotten Crown is a classic western RPG inspired by the games from the 90s. Basically, it’s the kind of game I personally find missing nowadays. Light, fairy tale, epic, heroic and slightly humorous. One that does not take tons of hours to complete or require endless grind to progress. Something that caters to players like me who don’t have tons of hours to beat one game but still like to play and have a sort of nostalgia for the way games were made in the old days.


It was inspired by Dungeon Master, Eye of The Beholder 2, Might & Magic 3-5, Crystals of Arborea (a not so well known prequel to Ishar series), GoldBox series (Champions of Krynn, Dark Queen of Krynn, etc).


The game starts when the royal wizard finds out about an old crown that belonged to the royal family for generations. Yet, strangely no one ever heard about the crown and there was just a single mention of it in the royal annals. Upon further study he discovered that there has been cast a powerful spell of forgetfulness of unknown origin which caused everyone in the whole land to forget the crown ever existed. Without knowing who or why someone went to such trouble to conceal the existence of the crown he decided to investigate it. He summoned a party of noble heroes and tasked them with finding whereabouts of the mysterious crown and the origin of the spell.

Q: How long it takes to beat the game?

A: According to Early Access players it can take between 20 and 50 hours to finish the game (I estimate a typical playthrough would be 25-40 hours for most players).