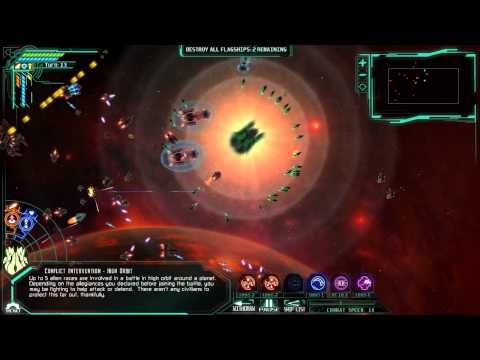 From the creators of AI War: Fleet Command comes a grand strategy title with turn-based tactical combat, set in a deep simulation of an entire solar system and its billions of inhabitants. You are the last of a murdered race, determined to unify or destroy the 8 others.

As the last remaining Hydral, it is up to you to create a lasting federation of planets and usher in an era of peace and prosperity to the solar system. Bring spacefaring technology to underdeveloped societies, manipulate their economies, political systems, and diplomatic relations. Do whatever it takes to end strife in your solar system. Remember, when helping civilizations evolve, sometimes they evolve faster when a large multi-headed monster is glaring menacingly at them.

OpenCritic Rating
Softpediaby Andrei Dumitrescu
8.5/10
The Last Federation is like a miniature jewel, a game that seems easy to understand and play at first and, as the player engages with it more, reveals deeper nuances and more interesting mechanics to explore and exploit.
Read full review »
SelectButtonby Marcus Jones
7/10
Aside from the major investment of time and learning curve involved with the game, there is a core of good gameplay to it. It just happens to take a very long time to dig out of the mire. I can easily foresee there being a number devoted fans to the game, but I'm not sure The Last Federation will be a widespread hit due to the investment required.
Read full review »
Reviews powered by OpenCritic
You may like these products
In library In cart Soon Wishlisted
In library In cart Soon Wishlisted
Movie
Free
Play for free Coming soon
User reviews