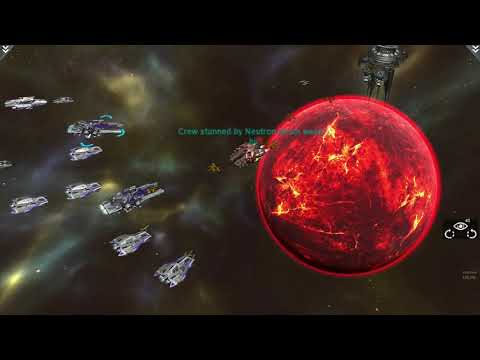 Why buy on GOG.COM?
DRM FREE. No activation or online connection required to play.
Safety and satisfaction. Stellar support 24/7 and full refunds up to 30 days.
Interstellar Space: Genesis - Natural Law DLC
To play this game you also need
Interstellar Space: Genesis
In library In cart Soon Wishlisted
In library In cart Soon Wishlisted
Movie
0 Free
Play for free Coming soon
Description
For far too long, the desires of the galaxy lay ignored, neglected by its so-called most intelligent and advanced species. Little did they know that while the galaxy's demands may be delayed, they will not be so easily subdued. There is a natural order, an ordained path it longs to take, and there...
User reviews
Awaiting more ratings
{{ review.content.title }}
Product details
2020, Praxis Games, ...
System requirements
64-bit Windows 10 / 8.x / 7, 2.5Ghz Intel Core 2 or equivalent, 4 MB RAM, Intel HD 4000 series / ATi...
Description

For far too long, the desires of the galaxy lay ignored, neglected by its so-called most intelligent and advanced species. Little did they know that while the galaxy's demands may be delayed, they will not be so easily subdued. There is a natural order, an ordained path it longs to take, and there are laws far greater than their own that must be fully obeyed. Against near impossible odds, two newcomers arise, alleged champions for their cause, both of whom ready and willing to right that which they feel has gone wrong.

Nature gives, but also demands. Their home a paradise among the stars, the Palacean Assembly will not stop until they've replicated this perfection across the entire galaxy.

As a symbiotic utopia of intelligent flora and fauna, all within their society have a voice and a vote. Though they hold no ill-will, any who prevent their expansion will be eliminated with impunity.

Whether it's restructuring their colonies at a moment's notice, drawing additional power from the stars, or unleashing their pent up energy to eradicate nearby threats, these environmentalists are well equipped to fulfill nature's demands.

The verdict is in, and the empires of the galaxy have been judged guilty of countless offenses by the justices of the Cerixx Sentinels. Crime must have a price, and it's time to ensure it gets paid.

Short, stocky, and covered with fur, they may look puny, but you're sure to start seeing eye to eye with them as they approach you with their technologically advanced mechs.

Whether it's catching spies within their midst, locking down enemy fleets, or launching unrelenting strike craft down upon their enemies, they're ready to enforce law and order and deliver their final judgment.

9 additional unique and fully animated rulers are ready to join your game and lead the game's default races or your own custom ones.

These include a new ruler from every race, including the new Palacean and Cerixx, as well as 2 new options for the Human race.

4 New Leaders from the New Races