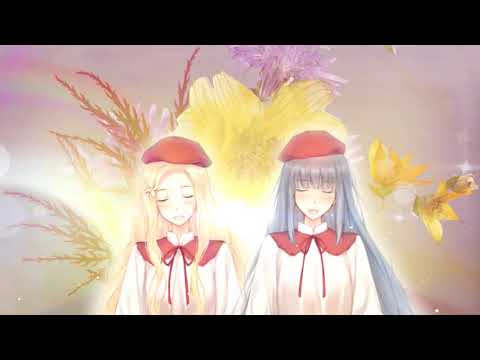 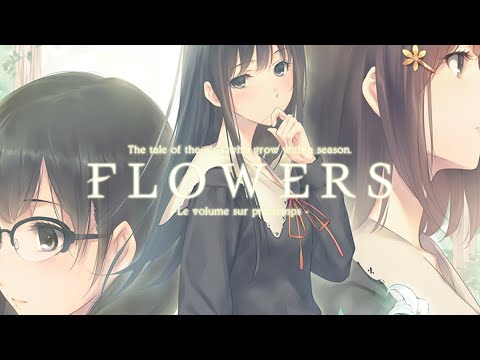 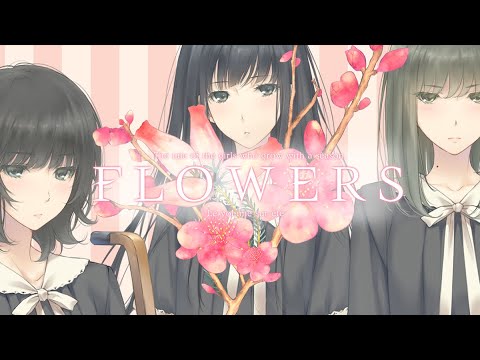 Why buy on GOG.COM?
DRM FREE. No activation or online connection required to play.
Safety and satisfaction. Stellar support 24/7 and full refunds up to 30 days.
Flowers Bundle
Description
A collection of four Flowersgames in one package. Flowers: Le Volume sur Printemps Suou: “Is it wrong if I fall in love with a girl?” Surrounded by immense walls in the middle of a forest, lies the prestigious all-girls school, Saint Angraecum Academy. It’s a school that prides itself on growing...
User reviews
Be first to rate
{{ review.content.title }}
Product details
2022, Innocent Grey, ...
System requirements
Windows 7 or newer, 1.4 GHz, 1 GB RAM, Version 9.0c, 10 GB available space...
Description
A collection of four Flowersgames in one package.

Suou: “Is it wrong if I fall in love with a girl?”

Surrounded by immense walls in the middle of a forest, lies the prestigious all-girls school, Saint Angraecum Academy. It’s a school that prides itself on growing bright and cultured young women.

The school’s Amitié program is designed to help foster new friendships that will last a lifetime. This is why Suoh Shirahane, a painfully shy girl with a mysterious past, has enrolled. As her first year of high school begins, she is filled with hopes of a new life.

Follow her as she navigates her new friendships and attempts to unravel the many mysteries at the academy, including occult rituals and the mysterious disappearance of fellow students, all while trying to pass her classes.

As spring warms into summer, so does Suoh’s friendships until they too blossom into a love that is something more. More importantly, who will she choose?

Erika/Chidori: “Have you ever thought of wanting to do something for the one you love?”

This is the all-age sequel to FLOWERS -Le volume sur printemps-. In the season of first meetings, a girl with a wounded heart, Suou, found a friend and lover who would accept her. However, this friend and lover left the school without telling her the reason at the end of spring. Suou was in denial about her loss, and fellow bookworm Erika was gravely worried and looked for a way to heal Suou’s, broken heart.

With the early arrival of summer, a girl named Chidori transferred into the school. She met Erika by accident when Erika was coming back to the dorm and told Erika that she was a coward for stalking her. It was the worst first meeting for the two who would end up becoming each other’s “Amitié.”

Yuzuriha/Nerine: “Can you live with unrequited love?”

Shirahane Suou, resolved in her search for Mayuri — who went missing in spring — has gotten much closer to solving the mystery of her disappearance.

“I shall give you the key you seek, should you choose to succeed me as the president of the Council of Nicaea,”

Declared Yatsushiro Yuzuriha to her junior pursuing the shadow of her lost lover. Yuzuriha, knowing the mysteries of the academy, tried to thrust a burdensome demand to make her give up on that idea, despite knowing her true intentions; however, Yatsushiro Yuzuriha, gazing at her junior who seeks the truth, has also been holding on to a secret that should never see the light of day…

Unreciprocated feelings of childhood friends, awakenings of affections, and many threads of emotions are interwoven together.

Suou/Mayuri: “Is there someone in your life whom you want to be with, forevermore?”

“Tell me the key necessary to arrive at the Goddess of Truth,”

challenged Suou after becoming the president of Council of Nicaea and overcoming the trials from Yatsushiro Yuzuriha. As promised, the name given was “The Seven Wonders of the Beginning of the End,” directly linking Kousaka Mayuri, her amity who disappeared in Spring.

With the help of her friends, Shirahane Suou will stand up against many obstacles, but… the words she prayed to God, “Please forget about me,” still overwhelms her.

The reemergence of her Stepmom’s shadow, passing thoughts, unexpected continuations… Just what will it all bring about to Suou?

The final wintry season will melt everything away…

This game contains some scenes with flirtatious dialog and sexually suggestive language.

This game contains some scenes with flirtatious dialog and sexually suggestive language.