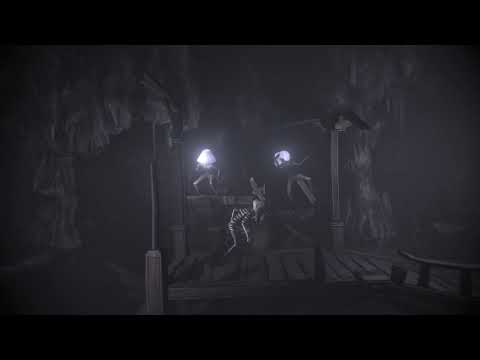 Why buy on GOG.COM?
DRM FREE. No activation or online connection required to play.
Safety and satisfaction. Stellar support 24/7 and full refunds up to 30 days.
DARQ: Complete Edition
Description
Contains The Tower and The Crypt DLC's HELP LLOYD WAKE UP! DARQ tells the story of Lloyd, a boy who becomes aware of the fact that he is dreaming. To Lloyd's misfortune, the dream quickly turns into a nightmare and all attempts to wake up end in failure. While exploring the darkest corners of...
Critics reviews
64 %
Recommend
GameSpew
8/10
Digital Chumps
8/10
Jump Dash Roll
7/10
User reviews
4.1/5
{{ review.content.title }}
Product details
2019, Unfold Games, ...
System requirements
Windows 7 / 8 / 10, 64-bits, Intel Core i3-530, 4 GB RAM, NVIDIA Geforce GTX 260 / ATI Radeon HD 487...
Description

Contains The Tower and The Crypt DLC's

DARQ tells the story of Lloyd, a boy who becomes aware of the fact that he is dreaming. To Lloyd's misfortune, the dream quickly turns into a nightmare and all attempts to wake up end in failure. While exploring the darkest corners of his subconscious, Lloyd learns how to survive the nightmare by bending the laws of physics and manipulating the fluid fabric of the dream world .

Apart from gravity-defying puzzles, Lloyd will have to use stealth when nearby enemies. He has no chance of winning in an open confrontation, since the creatures he will encounter are much more powerful and faster than him. Instead, he has to rely on careful planning to avoid getting detected.

OpenCritic Rating
GameSpewby Kim Snaith
8/10
DARQ may be short, but it’s the perfect length to ensure it never outstays its welcome. It uses clever puzzles and a fantastic atmosphere to draw you in, then challenges you just the right amount to keep you invested. The inclusion of the DLC makes the Complete Edition the best way to play, and if you enjoy a mind-bending and physics-twisting puzzler, you’ll love everything DARQ has to offer.
Read full review »
Digital Chumpsby Alex Tudor
8/10
Darq isn't the most difficult puzzle game out there, but it does excel in all uniqueness categories. Its greyscale art style adds to its overwhelmingly gothic vibe while providing puzzles that are difficult enough to force you to pause yet easy enough to solve. It's definitely something to check out, even if you won't be challenged to the fullest extent.
Read full review »
Jump Dash Rollby Ant Barlow
7/10
Darq: Complete Edition is a solid puzzle game with a familiar look and an adequate challenge. The inclusion of two puzzle-heavy additional levels help affirm its identity, but it still always feels a bit torn between its two worlds.
Read full review »
Reviews powered by OpenCritic
You may like these products
In library In cart Soon Wishlisted
In library In cart Soon Wishlisted
Movie
Free
Play for free Coming soon
User reviews