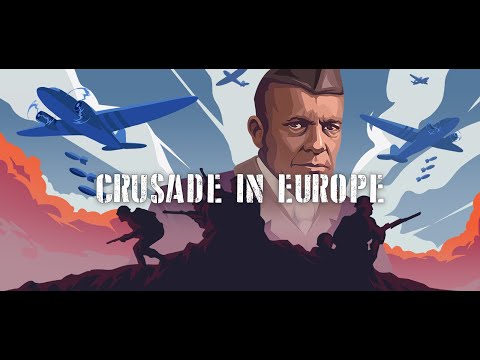 Crusade in Europe is a classic real-time simulation game from the 80s designed by Sid Meier and Ed Bever. The first title in the "Command Series" of tactical wargames from Microprose, the game features real-time battles that test your skills as a commander.

Five different scenarios, from D-Day to the Battle of the Bulge, recreate the tactical decisions faced by commanders in the European Campaign. Each has multiple variables, so you can create “what-if” scenarios, and different levels of difficulty.


The idea for the Command Series came from observation of actual tabletop military scenario exercises. The games challenge you to manage assets, strategically place and move them around the battlefield map, and try to out maneuver the enemy. Victory requires careful strategic thinking and fast responses to rapidly changing battlefield conditions.

Sid Meier, one of the most well-known and prolific strategy game designer-producers, collaborated with historian Ed Bever to make the games incredibly historically accurate.