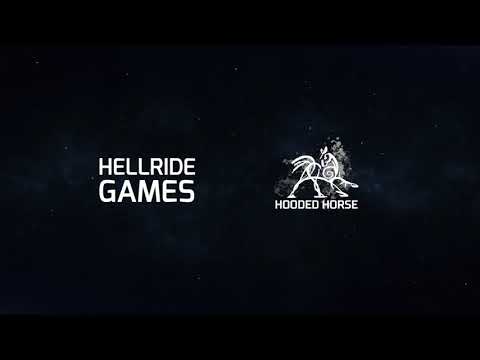 Why buy on GOG.COM?
DRM FREE. No activation or online connection required to play.
Safety and satisfaction. Stellar support 24/7 and full refunds up to 30 days.
Capital Command
Description
From city building to RTS, space exploration to ancient history, see more indie strategy, simulation, and RPGs from Hooded Horse. Capital Command is a space-sim that puts you in charge of a state-of-the-art capital ship in the far reaches of space, pitting you against a mysterious threat. Y...
User reviews
Reviewing and rating will be enabled as soon as the game is released.
Product details
Hellride Games, ...
System requirements
Windows 7 SP1+ or newer, SSE2 instruction set support, Graphics card with DX10 (shader model 4.0) ca...
Description

Capital Command is a space-sim that puts you in charge of a state-of-the-art capital ship in the far reaches of space, pitting you against a mysterious threat. Your crew follows your every command as you give orders to navigators, gunners, repair teams, and engineers, helming a large, cumbersome ship equipped with an expansive arsenal, and your tactical prowess. The AI in charge of local defense platforms has gone rogue, and at this distant frontier outpost, you're the only chance of restoring order, and eliminating the threat.

Face the unique challenge of conflict in space - where threats can come from all sides, where there is no cover to hide behind, and where a momentary lapse in judgement can be the difference between victory and death.


A Capital ship like yours is kitted out with cutting-edge technology to spot, destroy, and defend against the enemy.


You arrive at an outpost station in a remote corner of space - shortly after, disaster strikes. The AI fleet has gone rogue, and it's up to you to assess and neutralize the threat.


Capital Command will challenge you to think two steps ahead of your enemy - you're constantly outnumbered, ships are fragile, and weapons take time to track, lock on to, and fire upon your targets. The use of clever battle tactics is essential to your survival, and knowing how best to use the tools available to you is paramount to your success. As captain of a capital ship - you are in charge of a powerful weapon, and the countless lives aboard.