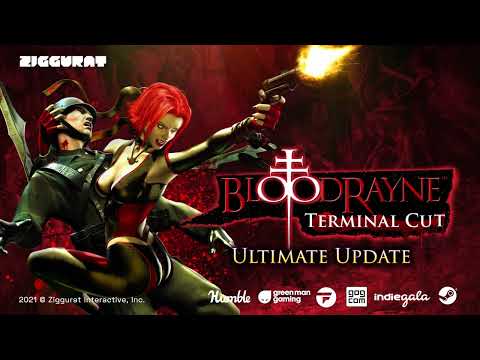 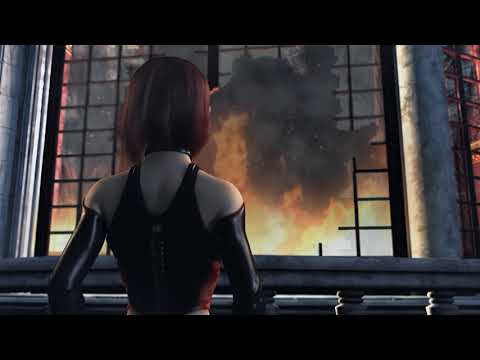 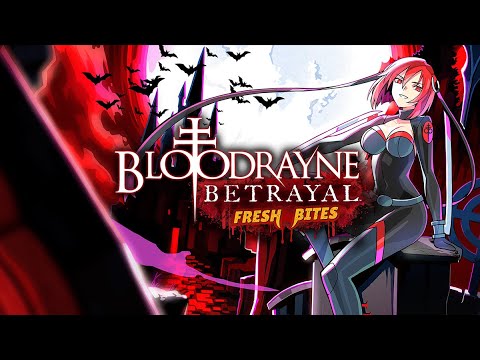 In the years between the World Wars, Agent BloodRayne works as a killing machine for The Brimstone Society – a top secret fraternity that hunts down and destroys supernatural threats. Two missions, five years apart, turn out to be connected by one man. In this frenetic and bloody third-person shooter that unleashed the iconic red-headed femme fatale on the world, the dhampir Rayne faces horrific creatures, hordes of soldiers with an array of tools and firepower, and every Nazi officer that stands between her and the one she must stop.

The game now includes an Ultimate Update patch with many updates that fans have been asking for such as mutates with their proper flesh color!

BloodRayne is a dhampir, born from the unnatural union of vampire and human. Blessed with the powers of a vampire but cursed with the unquenchable thirst for blood and a weakness to sunlight, Rayne is challenged with her most personal battle yet as she hunts down her siblings. With new acrobatic movements and rail sliding, fast-paced blade and gun combat, fatal finishing moves, more dhampir powers like time control, and an extensive combo system, BloodRayne 2 is a brutally satisfying continuation of the iconic series.

The Brimstone Society has summoned Rayne for one last mission to lead a group of soldiers into a giant underground castle to do battle against her own father, Kagan. When the soldiers prove ineffective against Kagan’s supernatural menaces, it’s up to Rayne to run, jump, cut, and feed her way through gruesome foes, deadly traps, tricky platforming sections, and horrifying bosses. It’s Rayne’s last job — will she “clean house” or find herself six feet under?