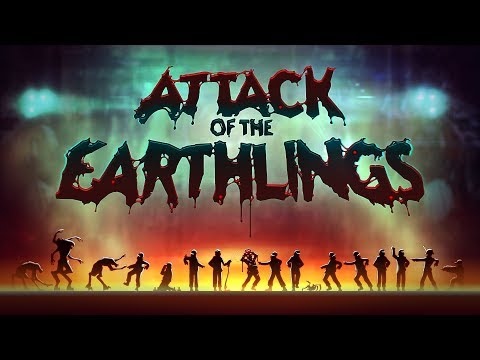 OpenCritic Rating
Wccftechby Chris Wray
7/10
All things considered, Attack of the Earthlings is a good, fun and funny game. While it's fairly short and has very limited replay value, the time you spend with it is genuinely fun. More than that, it's funny where most games will feel forced or simply re-use aspects to their death. It may not surpass even other indie titles like Xenonauts. This doesn't detract from what is an altogether good experience and one that's well worth playing if you're a fan of the genre.
Read full review »
TheSixthAxisby Adrian Burrows
7/10
Whilst clunky controls and uninspiring visuals hamper proceedings, Attack of the Earthlings nonetheless offers an intoxicating mix of satisfying strategy, well designed levels and guffaw inducing humour.
Read full review »
Worth Playingby Cody Medellin
7.5/10
It is by no means a masterpiece, but Attack of the Earthlings provides a fun and a solid strategy experience for those who aren't looking for something extremely deep. The levels have a good layout, and there's a wide variety of smart and dumb enemies to keep you invested. Your offensive abilities, from setting up traps to body disposal, are fun, and the humor keeps things lively. It is a short experience that doesn't have much replayability due to the lack of variable difficulty, but you'll still enjoy your time with Attack of the Earthlings.
Read full review »
Reviews powered by OpenCritic
You may like these products
In library In cart Soon Wishlisted
In library In cart Soon Wishlisted
Movie
Free
Play for free Coming soon
User reviews