in library
Be first to rate
English & 11 more
FREE
Why buy on GOG.COM?
DRM FREE. No activation or online connection required to play.
Safety and satisfaction. Stellar support 24/7 and full refunds up to 30 days.
Airport CEO - Supersonic
To play this game you also need
Airport CEO
In library In cart Soon Wishlisted
In library In cart Soon Wishlisted
Movie
0 Free
Play for free Coming soon
Description
The Aérospatiale/BAC Concorde is a turbojet powered supersonic passenger airliner, developed during the 1960s and flown from 1969 until 2003. It's one of the most iconic aircraft ever developed due to its unique characteristics as a result of its supersonic capabilities, traveling at over twice...
User reviews
Be first to rate
{{ review.content.title }}
Product details
2021, Apog Labs, ...
System requirements
Windows 10 (64 bit), Intel Core 2 Duo 2.4 GHz | AMD: 3 GHz, 4 GB RAM, Any (minimum 2 GB dedicated VR...
Description 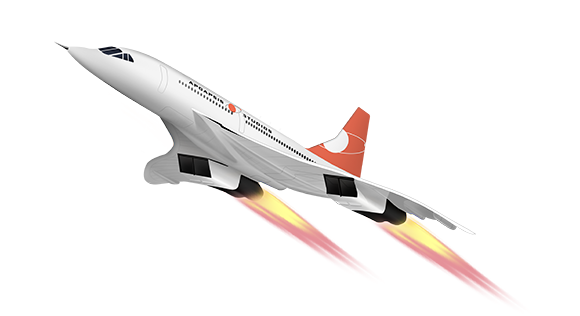 The Aérospatiale/BAC Concorde is a turbojet powered supersonic passenger airliner, developed during the 1960s and flown from 1969 until 2003. It's one of the most iconic aircraft ever developed due to its unique characteristics as a result of its supersonic capabilities, traveling at over twice the speed of sound (Mach 2.04, 1354 mph (or 2180 kph) at cruise altitude). Typically seating 92 to 128 passengers, the Concorde flew regular transatlantic flights between airports such as LHR (Heathrow Airport), JFK (John F. Kennedy International Airport), CDG (Charles de Gaulle Airport) and IAD (Dulles International Airport) as well as many other destinations.

The Tupolev Tu-144 is a Soviet supersonic passenger airliner and in fact the world's first such as its maiden voyage in 1968 occurred two months ahead of the Concorde. The Tu-144 conducted a total of 102 commercial flights (although only 55 carried passengers) between 1968 and 1999. At cruising altitude, the Tu-144 could reach speeds of 1400 mph (or 2200 kph) and was the first passenger airline to exceed Mach 2 in 1970.

The Concorde and Tu-144 is brought to life in Airport CEO complete with stunning, authentic and accurate graphics, high-quality audio recordings from the real-life original Concorde aircraft including jet engines and ambiance as well as glorious takeoff afterburners, animated canards and droop-snoots!

The Concorde and Tu-144 can, just like any other aircraft in Airport CEO, be modded with custom liveries using the official MDK. 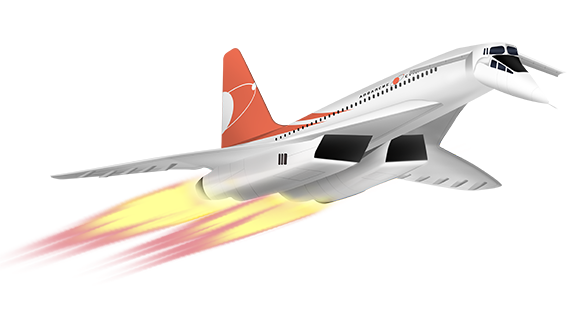