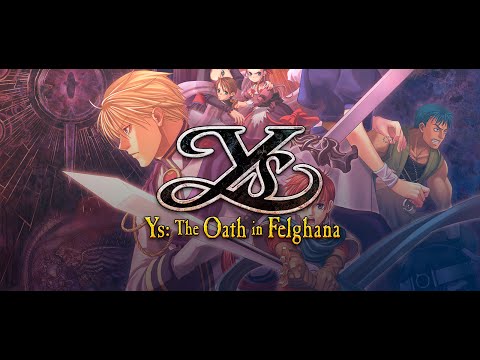 When redheaded thrill-seeker Adol Christin and his eternal blue-haired companion Dogi make an unannounced visit to Dogi's homeland of Felghana after an eight-year absence, it quickly becomes apparent that things have changed dramatically. Hordes of violent monsters roam the outskirts of town, a long-dormant volcano has suddenly sprung back to life and the new lord of the land has begun mercilessly and inexplicably extorting money from its long-suffering citizens. While Dogi seeks out his former combat master for answers, Adol tends to the townsfolk -- and finds himself embroiled in a world of political conspiracies, ancient legacies and unthinkable taboos.