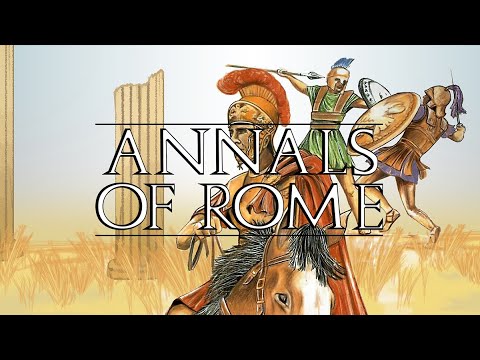 It's 237 B.C. and all of Italy has been united under the same Senate power of Rome. You are the ruler of the Republic, deploying armies and defending against the 13 independent hostile lands which constantly plot to destroy Rome.

At your disposal are the incomparable Roman Citizen Legionnaires, reinforced by mobile auxiliaries and static Garrison troops. Beneath you are 21 commanding officers of varying abilities and loyalties.

Though you can usually quell minor incursions and rebellions, you may sometimes face the combined attacks of all your enemies. Loss of Roman territory and honor means a loss of confidence among the Citizenry. Your fellow Romans may decide you need to be overthrown! Such a Civil War could lead to a disastrous weakening of the armed forces, withdrawing Legions from critical frontier areas to defend The Eternal City.

ANNALS OF ROME is a strategy game that will bring excitement for years to come. Each time you play, the game scenario is different. Under your command will Rome rise or fall?

The following works of art included in the trailer are in the Public Domain: