Some of the best games for fans of H.P. Lovecraft’s creepy, cosmic horror

October is upon us and that means it is time to completely dive into everything that makes the month such spooky fun! We’re talking scary movies, haunted houses, and, of course, spooky video games that make your skin crawl.While there are plenty of games we could talk about, today we wanted to focus on a master of tension, cosmic horror, and “weird fiction” - none other than H.P. LovecraftKnown for creating the truly creepy Cthulhu, Lovecraft’s works have spanned decades through his books from the early 1900s, and still inspire video games, movies, and even the hit HBO show, Lovecraft Country. He even was an early inspiration for something many of us love, Dungeons & Dragons.
🐙    🐙
The master of horror, Stephen King, has even said that “it is beyond doubt that H. P. Lovecraft has yet to be surpassed as the Twentieth Century's greatest practitioner of the classic horror tale.”While we could spend many paragraphs talking about Lovecraft’s books and influence on an entire industry, you’re here for the main event - the games! Below, you will find 10 awesome Lovecraft-inspired games that are sure to get your skin crawling as you delve deeper into the mind of H.P. Lovecraft. 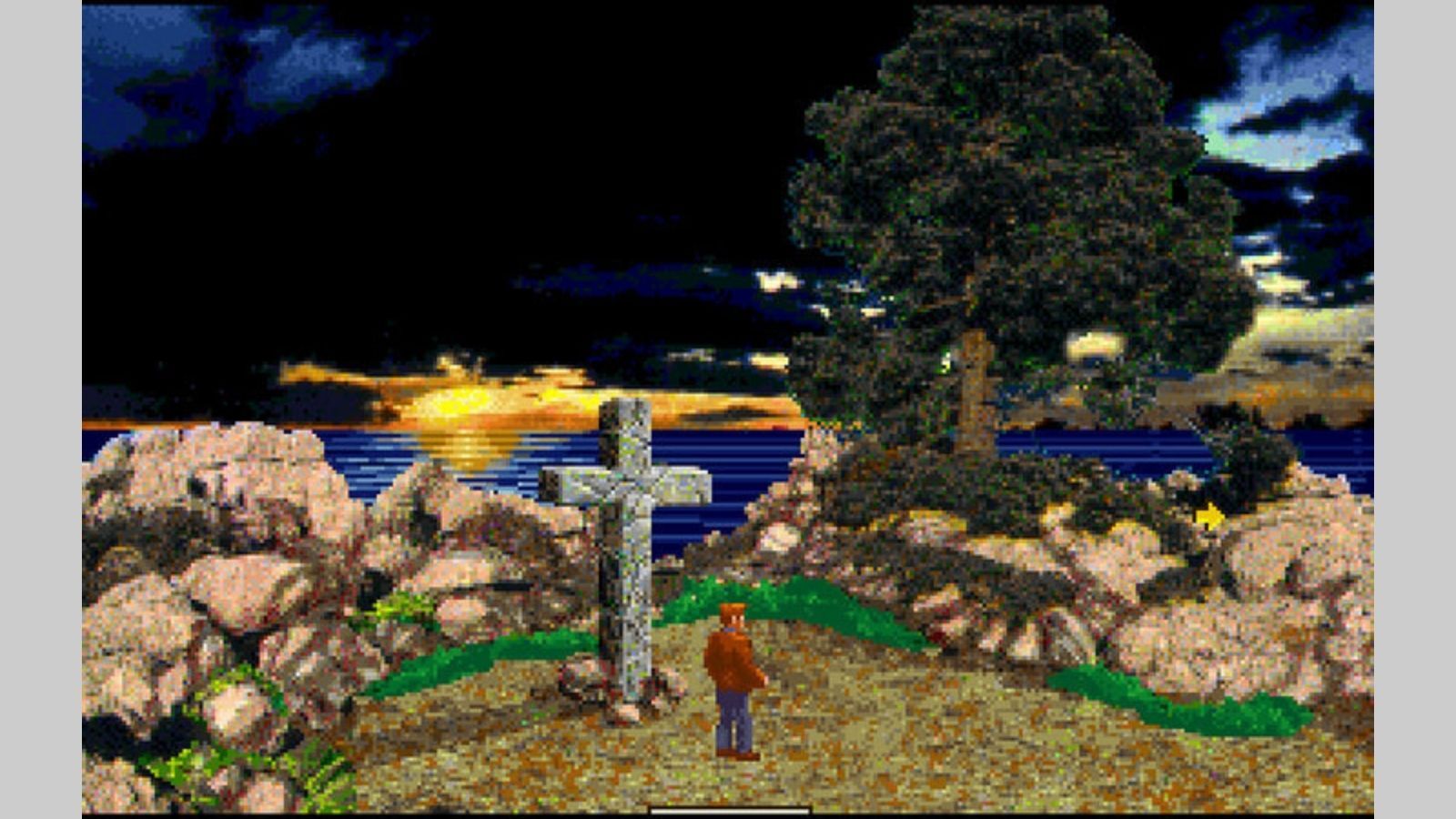 🐙    🐙
Call of Cthulhu: Shadow of the Comet is a third-person adventure set in the small New England fishing village of Illsmouth. Set in 1910, you take on the role of young astronomer John T. Carter as you go forth on a quest to uncover the secrets that lie deep beneath the town. Discover the link between Halley’s comet and the resurgence of Great Ancients who once ruled over the lands in dominating fashion in Shadow of the Comet.
🐙    🐙
Call of Cthulhu: Prisoner of Ice is the next installment based on Lovecraft’s epic Call of Cthulhu story. As World War II looms ahead of you, take on the role of a US Naval Intelligence agent tasked with the job of thwarting Nazi moves. But things aren’t what they seem as you proceed on your journey. Supernatural threats await you in this classic point-and-click adventure.
🐙    🐙
Call of Cthulhu: Dark Corners of the Earth signals a new direction for Call of Cthulhu games. This first-person action game combines aspects of horror, adventure, and exciting combat as you fight through a vast array of levels. Combine aspects of exploration and investigation with 1920s weaponry and vehicles as you work your way through the many puzzles and evil obstacles that stand in your way in Call of Cthulhu: Dark Corners of the Earth. 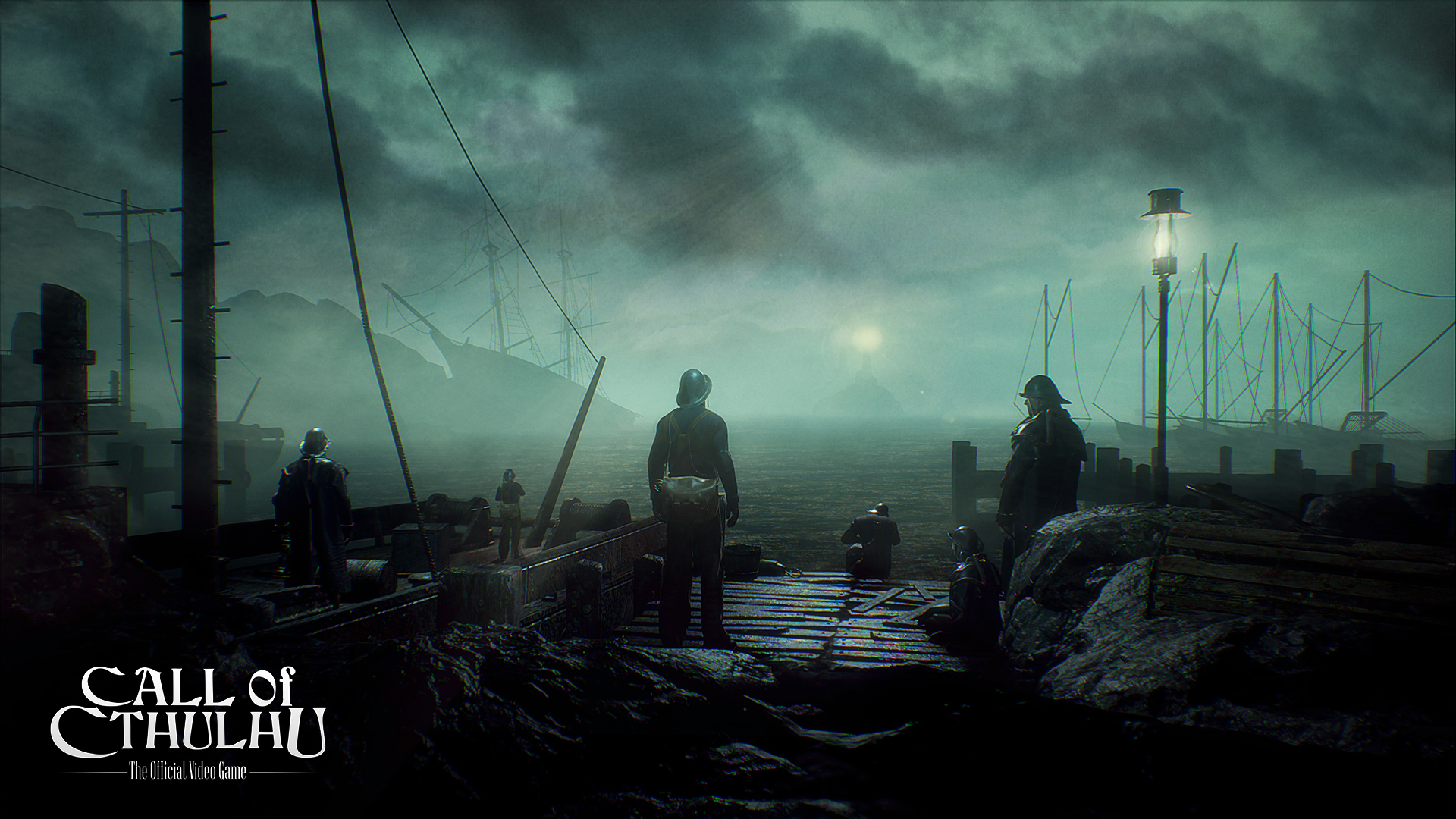 🐙    🐙
Call of Cthulhu is another first-person take on the sci-fi world of Call of Cthulhu. Playing as Private Investigator Edward Pierce, you must investigate the mysterious deaths of the Hawkins family on Darkwater Island. Upon arrival, Pierce is met with supernatural evils and the sinister Cthulhu Mythos cult. Uncover the mysteries of Darkwater Island as your decisions guide your path in Call of Cthulhu.
🐙    🐙
Call of the Sea is a much lighter title than the various Call of Cthulhu games mentioned above. As Norah Everhart, you must explore a Southern Pacific island in search of your husband, Harry. But the island isn’t exactly as it seems, which Norah quickly finds out. Solve various puzzles as you explore this supernatural island in this heavily Lovecraft-inspired adventure.
🐙    🐙
Conarium brings us back closer to the Cthulhu Mythos. Following the story of four scientists on a quest to test the limits of nature, Conarium takes place after the Lovecraft novella At the Mountains of Madness. As Frank Gilman, you wake up alone in a deserted Antarctic base located near the South Pole. Quickly realizing something’s not right, you must study clues as well as your own dreams and visions as you uncover the mysteries of what happened to the others on your expedition. 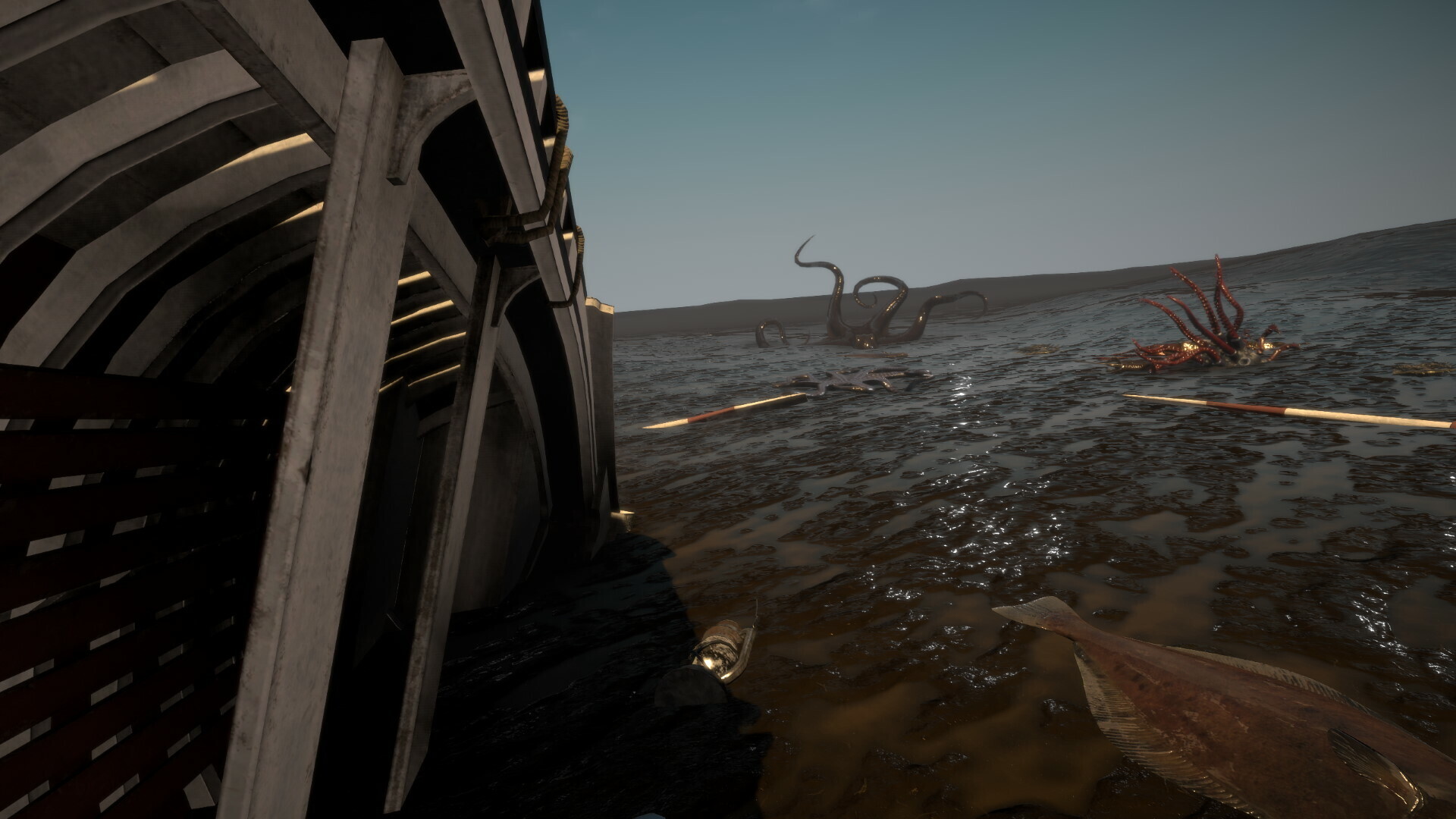 🐙    🐙
Dagon: by H.P. Lovecraft is a video game adaptation of the Lovecraft story by the same name. Playing as a former ship officer and morphine addict, Dagon: by H.P. Lovecraft gives you the opportunity to dive into a drug-addled mind as it uncovers the unspeakable cosmic horrors of a distant island. This narrative experience gives you an authentic experience of the original story that you can experience in real-time.
🐙    🐙
Lovecraft’s Untold Stories is a rogue-lite RPG that brings a little more action to the Cthulhu Mythos. This top-down action game lets you play as one of five different characters, all with their own weapons and abilities. Fight through randomly generated worlds as you take on cultists and all kinds of other creepy Lovecraft monsters. But don’t worry. Lovecraft’s Untold Stories contains several narrative aspects that will keep you immersed on your hunt to face the Great Old Ones.
🐙    🐙
The Shore is another first-person narrative experience set on a mysterious island filled with dangerous horrors. Play as Andrew, a father in search of his lost daughter as you try to survive and save your daughter’s life. With mind-bending puzzles and dangerous enemies, this psychological thriller will have you immersed in Lovecraftian nightmares the whole time. 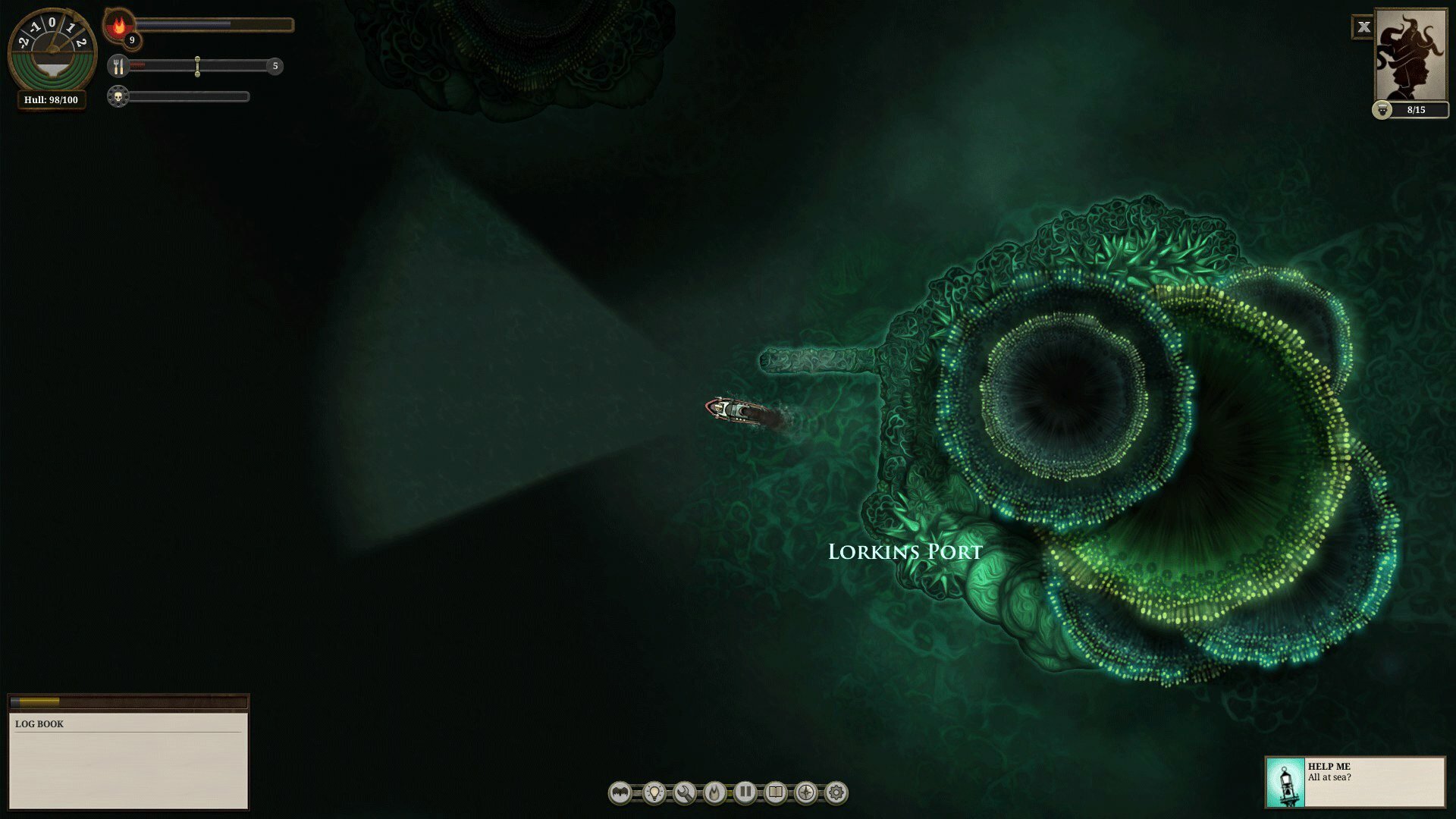 🐙    🐙
Sunless Sea sees you take on the role of a steamship captain sailing into the unknown. This 2D adventure will see you travel across the dangerous black waters of the gothic universe of Fallen London. Fight against the madness of the dark waters as you make important decisions on your journey for riches. Every decision you make will shape your journey, so choose wisely as you head across the Sunless Sea!So there you have it! 10 games set in the world of Lovecraftian horror. Whether you are looking for a true horror game, an action-packed game, or something that bends the mind thanks to creepy puzzles, you have plenty of options set within the cosmic, creepy world imagined by H.P. Lovecraft.What do you think? Do you have a favorite H.P. Lovecraft story? Plan on checking out any of these games? Let us know down in the comments!
See comments (30)