It’s an exciting time over here at GOG.COM! Next week marks the 20th anniversary of the Red Faction series. The outstanding shooter series from Volition turns 20 on May 22.Red Faction was originally released in 2001 for the PlayStation 2 and Windows platforms, and the franchise was quickly adapted to other platforms. To celebrate Red Faction’s 20 years in the making, we wanted to dive into a few of the franchise’s games that are available now.

There have been four Red Faction titles so far, and you can find them all on GOG.COM. Let’s start off with a look at the game that started it all, the original Red Faction.

The original Red Faction was released in 2001 for the PlayStation 2 and Windows, and later released on macOS. It was a first-person sci-fi shooter that took place on Mars in the year 2075. You play as Parker, a miner who has come to Mars to seek a better life than what can be offered back on Earth.

Instead, you find a plague sweeping through the colony and a corporation that takes advantage of its workers. You’ll have to fight your way to the top of Ultor Corporation to find who’s behind this plague and stop it from destroying the colony.Red Faction makes good use of the Geo-Mod engine, which gives players complete control over the destruction of the environment around them. While other games had previously toyed with level destruction through scripted actions, Red Faction was the first title to give players the tools to completely destroy certain landscapes and buildings.

Ultor Corporation has fallen. In its place has risen the Earth Defense Force (EDF) who aims to put the corporation back together with an emphasis on supersoldier development. But EDF was not careful with its research, and soon its data made its way into the criminal underworld. Working together with allies, you must find and stop these criminals before they can use this information.Red Faction II also builds upon the series’ already existing local multiplayer, with modes like deathmatch and capture the flag across upwards of 40 different maps. 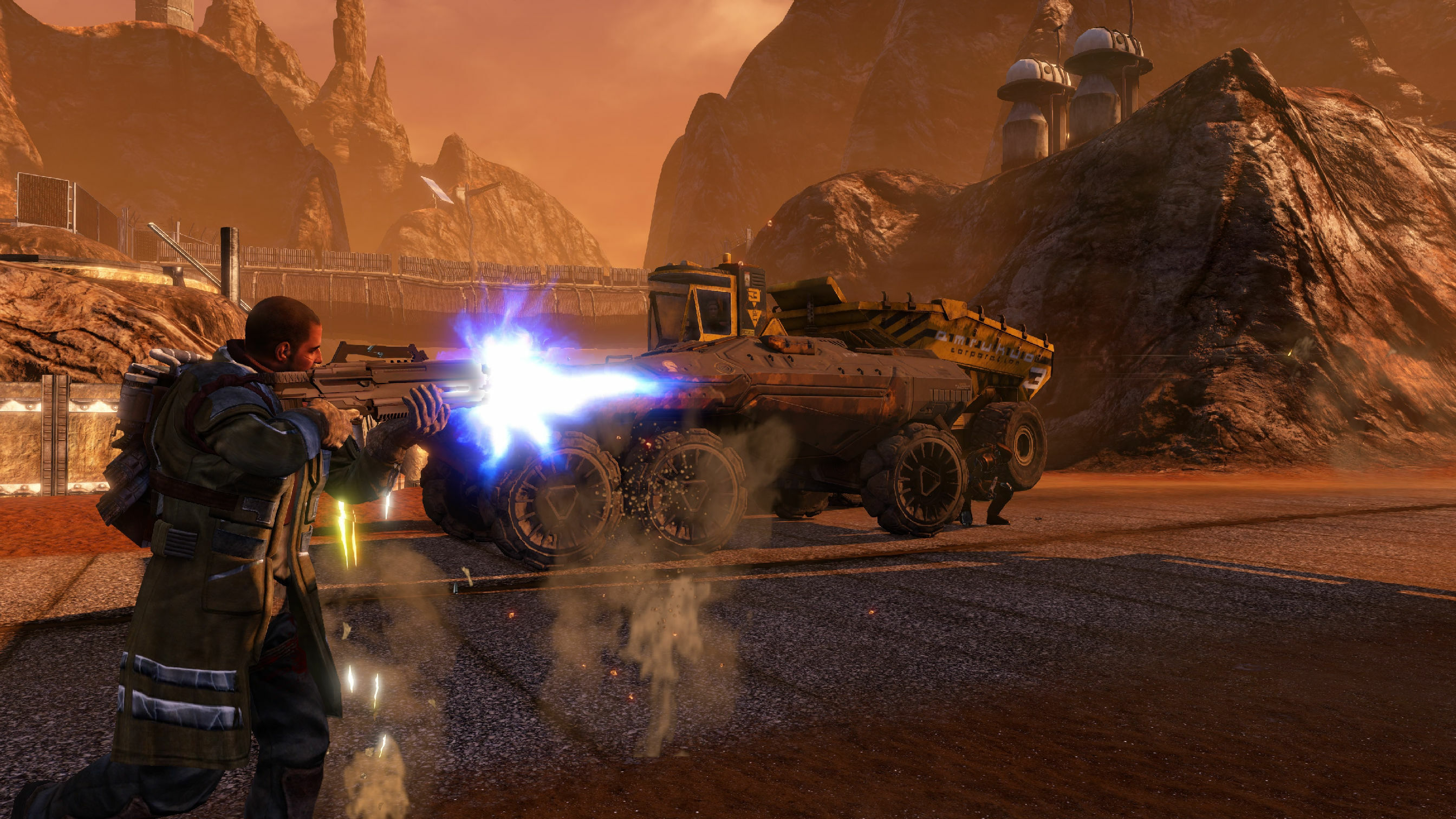 The game shifted to a third-person view to help focus on the beauty of the player’s surroundings. Unlike previous titles, the terrain in Red Faction Guerrilla is not destructible, but buildings and other structures are still fair game. As Alec Mason, you are given the tools to creatively and effectively traverse the game’s dangerous levels on your way to ultimately destroying the EDF. Red Faction Guerrilla also built on the franchise’s existing multiplayer modes, with a progression system that unlocks cosmetics and other game modes as you continue to play multiplayer matches. The game contains classic multiplayer modes like deathmatch and capture the flag, along with unique modes aimed at causing as much destruction as possible. 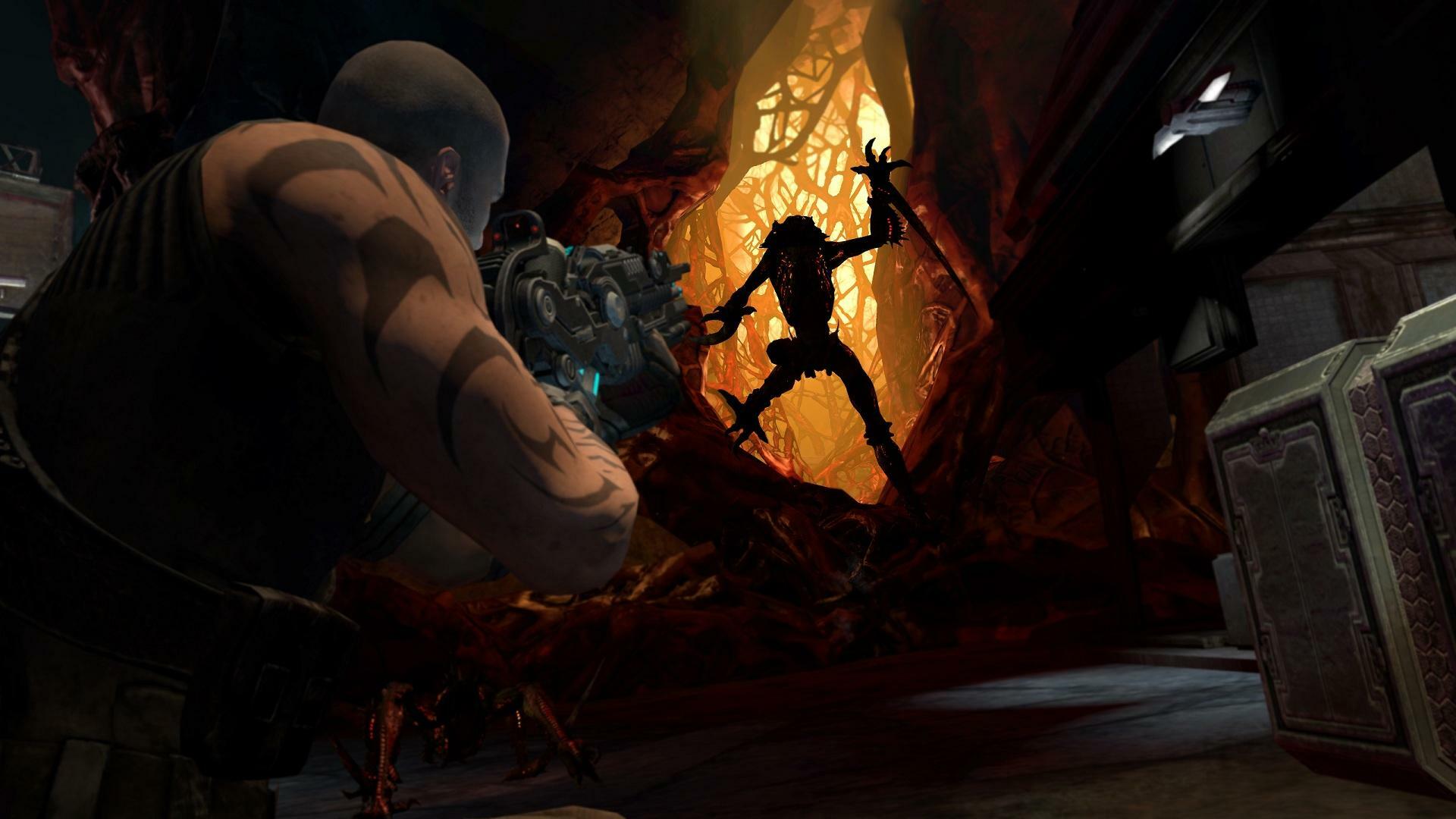 This game is set 50 years after the events of Red Faction Guerrilla and follows a more linear path, as opposed to Guerrilla’s open world. The surface of Mars has become uninhabitable and colonists have been forced underground. Five years after the relocation underground, Darius Mason is tricked into opening a long-sealed, mysterious shaft, releasing an alien invasion on the colonists.As these aliens ravage settlements across Mars, Mason must join up with the Red Faction to right the wrong he has created and clear his name of any blame. Using Red Faction’s distinct environment destruction, you must fight your way through these aliens in order to save humanity once and for all.