Creating a believable, awe-inspiring world of the future is no small feat. That’s why we’ve decided to ask the developers from CD PROJEKT RED a few questions about Night City’s lore and challenges they’ve encountered while creating Cyberpunk 2077.GOG.COM: From a purely architectural and visual standpoint – which one of the Night City districts appeals to you the most and which would you rather avoid when looking for a place to live in the far future?Miles Tost, Senior Level Designer: Obviously, if I really had to pick and money wasn’t an issue I’d love to own some real estate in North Oak, the eastern hillside from which the richest of the rich overlook the city from their absurdly luxurious mansions. This isn’t necessarily because of the obvious comforts a big mansion just outside of the city would come with, but mainly because greenery, plants, and trees, have become a huge luxury themselves in Night City. North Oak is one of the only places where natural elements like that can be part of your life – and when it comes to that kind of luxury, much like with everything else they can afford, people in North Oak don’t mess around. 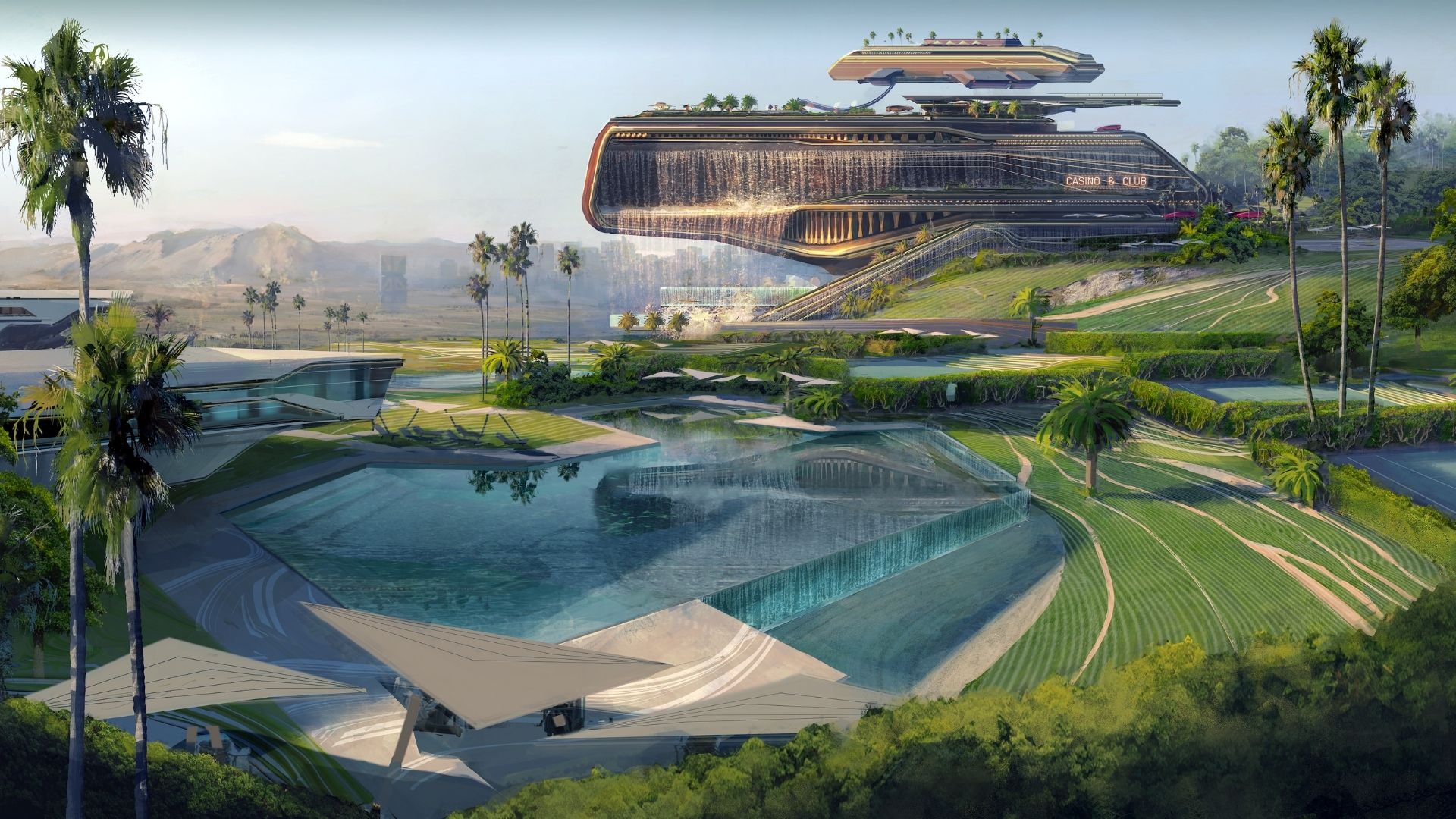 Alternatively, Downtown in the City Center has some nice apartment locations at the coast with some seaside views and cool clubs nearby. Japantown is also fantastic but I’m not sure if, over time, it wouldn’t be too intense for me. That part of the city NEVER sleeps!If there’s one area I’d be sure to avoid, it’d have to be either Pacifica in its entirety or Watson at night. Both of these districts are, even by this Night City’s standards, incredibly dangerous due to their through-the-roof crime rates. The Night City government even advises against being out after dark in either district, while Pacifica is effectively totally lawless, making it extremely dangerous during both day and night. Not a place you wanna hang around in. 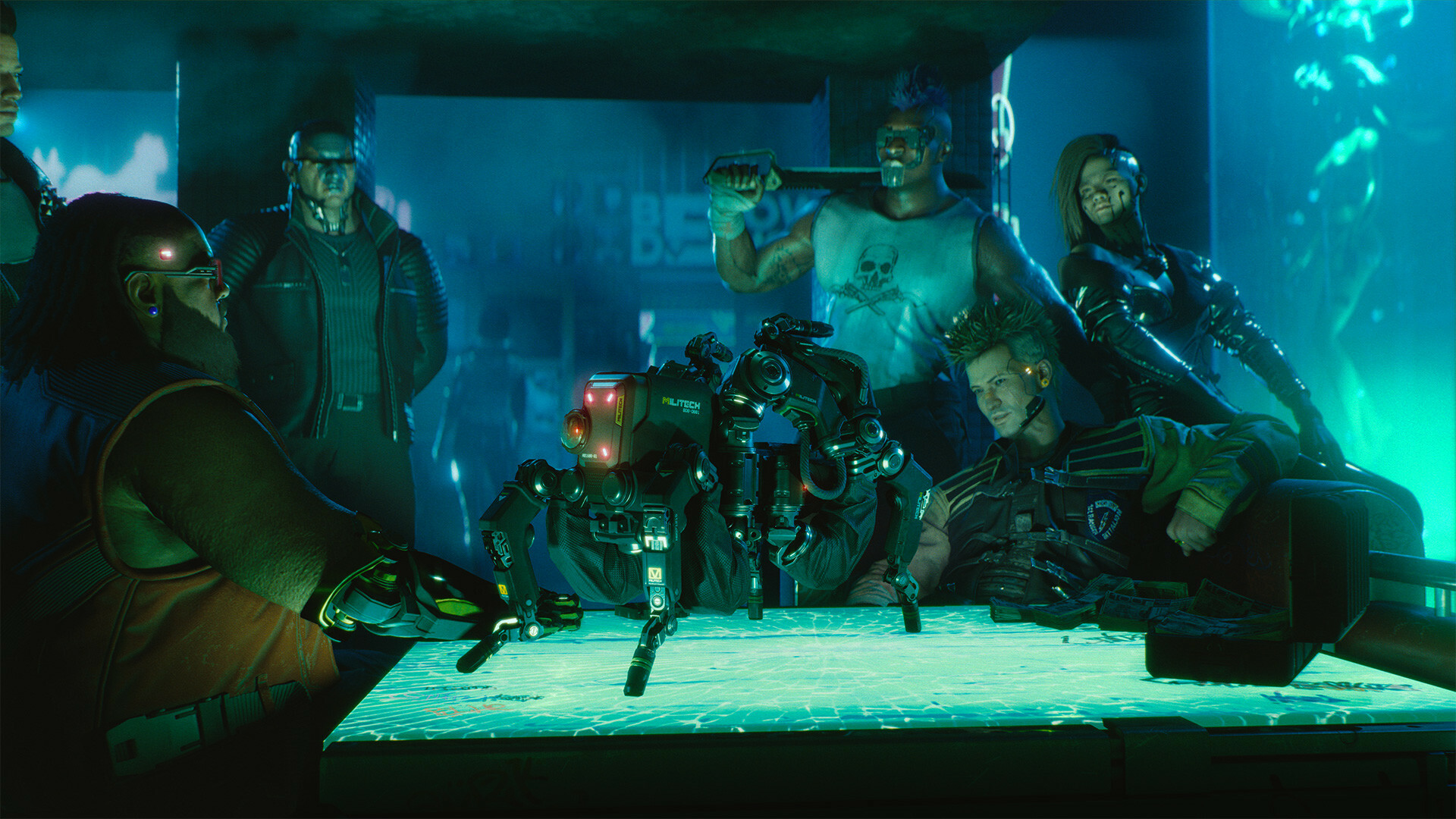 GOG.COM: The world created by Mike Pondsmith is vast and multilayered. Yet unlike in the case of The Witcher series, we do not have an already molded main character here – the gamers create their V themselves. Did this fact make the whole writing process for Cyberpunk 2077 more challenging?Marcin Blacha, Story Director: Indeed, it's the first time we've written a game where the main character isn't clearly defined, so for sure it was a challenge! We had to write dialog lines that would meet the expectations of players who imagined the protagonist in various ways, and it became particularly difficult to create dialog choices, because, well, how do you present the entire spectrum of possible temperaments in combination with all the various stances that V can take? In order not to go crazy, we had to agree on some features for the protagonist. 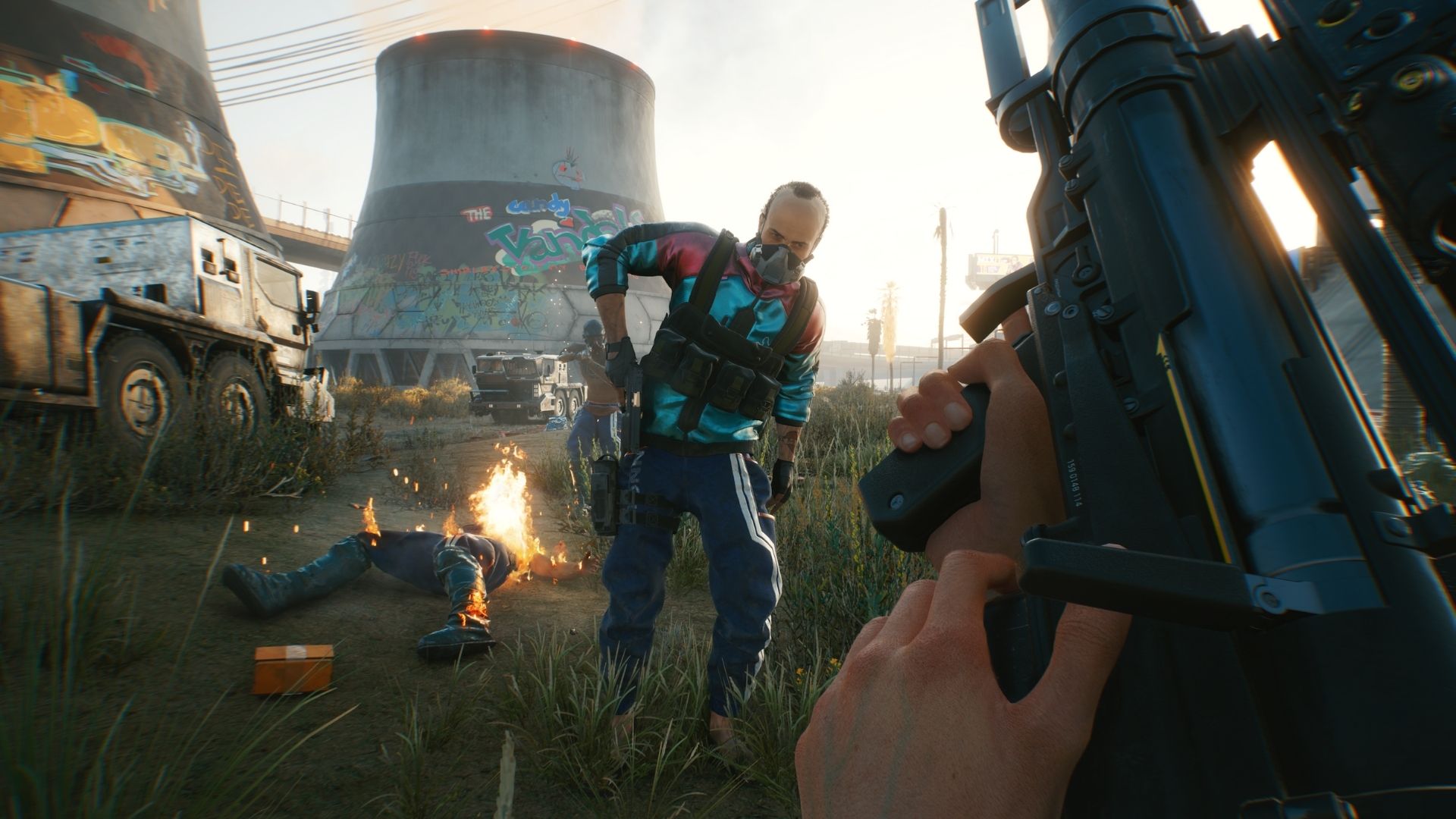 So V is therefore someone who: stands outside of society as a cyberpunk, minds their own business, isn’t interested in saving the world but in solving their own problems. Overall, V’s heart is in the right place, especially compared to some of the people you’ll run into in Night City. This is your starting point, but V is a dynamic character and changes as the game progresses, and these changes are determined by the player. We’ve tried to provide as many interesting opportunities as possible so you can really make V feel like your own.GOG.COM: Loud and guns blazing, quiet and stealthy, a mix of both, or something else entirely – what’s your favorite gaming style?Paweł Kapała, Senior Gameplay Designer: I think most of all I like to play smart and change my approach if the situation demands it. There’s no point in charging a 400 lbs cyberpsycho using a knife, y’know? The same goes for starting an all out war inside the Trauma Team building. It’s all about thinking before you strike. Plan ahead, get your gear (and skills!) in order so that you don’t get surprised on the job – that’s what a good cyberpunk would do. 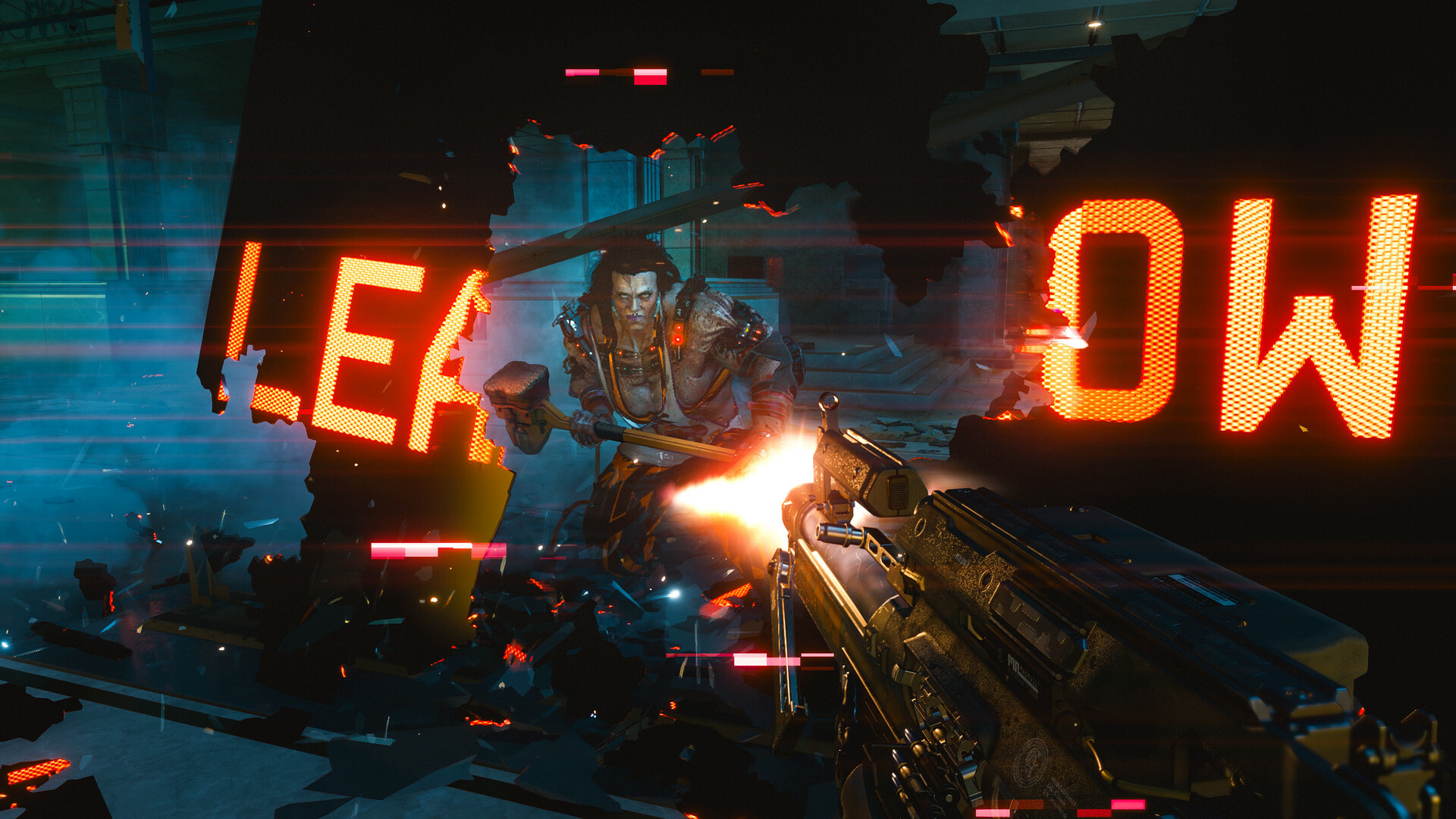 GOG.COM: Will the players in Cyberpunk 2077 have the possibility to create their own unique approach towards the challenges posed by the game?Paweł Kapała, Senior Gameplay Designer: Absolutely! There are tons of options on how to approach different situations inside the game. We encourage players to experiment with everything they have at their disposal to tackle challenges and opponents. You might find, however, that at some point it is good to specialize in a specific area – be it guns, melee, hacking, stealth, or any combination of them.Also remember that Night City is flush with cyberware, and you can install a lot of it on and in your body. Cyberware can complement your playstyle as you work towards a specific build, giving you cool abilities or buffs that can help turn you into an absolute killing machine in combat! And as the game progresses, I think players will see that tackling problems becomes much easier when playing to your strengths. 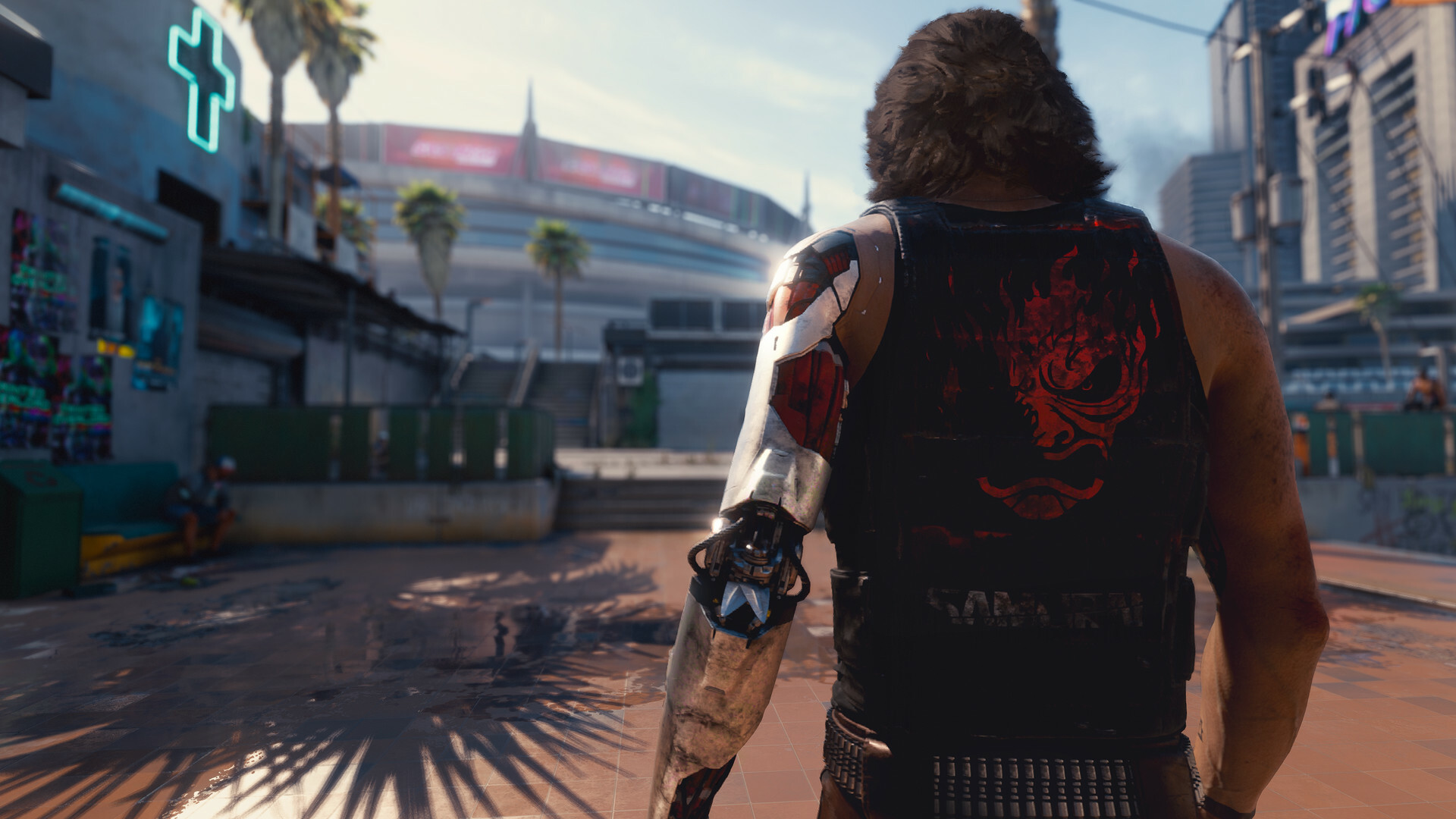 GOG.COM: From the medieval-like music of The Witcher series to the futuristic one of Cyberpunk 2077 – that’s quite a jump! How did you manage to retune, and what is in your opinion the main emotional difference between the scores of those two unique worlds?P.T Adamczyk, Composer: Starting out was challenging, but once we figured out the core set of instruments it became an exploration of sonic possibilities. Synths, stompboxes, effects, grooveboxes, tape machines – all those instruments are very playful and they encourage musical adventures, so a lot of the time I just had to lose myself in them and let things flow. The main difference I think is the fact that Night City is even more hostile than the Northern Realms. You never know what's happening around the corner and you have to stay cautious at all times. We tried to capture that danger and unpredictability in the score, really ramping up the dynamic and reactive feel of it. I think what we’ve done makes exploring all the districts and taking down enemies feel as dangerous, risky, and exhilarating as it really would be if you were exploring Night City in person. GOG.COM: The last question goes to all of you. :) A fixer, a netrunner, or maybe a gang leader or a law enforcer – if you could jump into the futuristic world of Night City right now, who would you like to become and why?Miles Tost, Senior Level Designer: This is a tough one! Generally speaking, nobody’s life in Night City is in any way easy. It doesn’t matter if you’re high up the food chain as an overambitious and highly performing corpo, or someone who’s living much closer to the streets just trying to get by one day at a time. Night City takes no prisoners.Fixers need to live a life flavored by a certain amount of paranoia and distrust in order to be successful. Cross the wrong people with a job and you might get mauled – and there’s always a gang member waiting for their chance to take the spotlight for themselves. A netrunner can make one mistake and end up with their brains fried, while a cop’s jurisdiction ends where the corporation’s start – and believe me, corpos are everywhere. Long story short: there’s always a bigger fish in Night City. 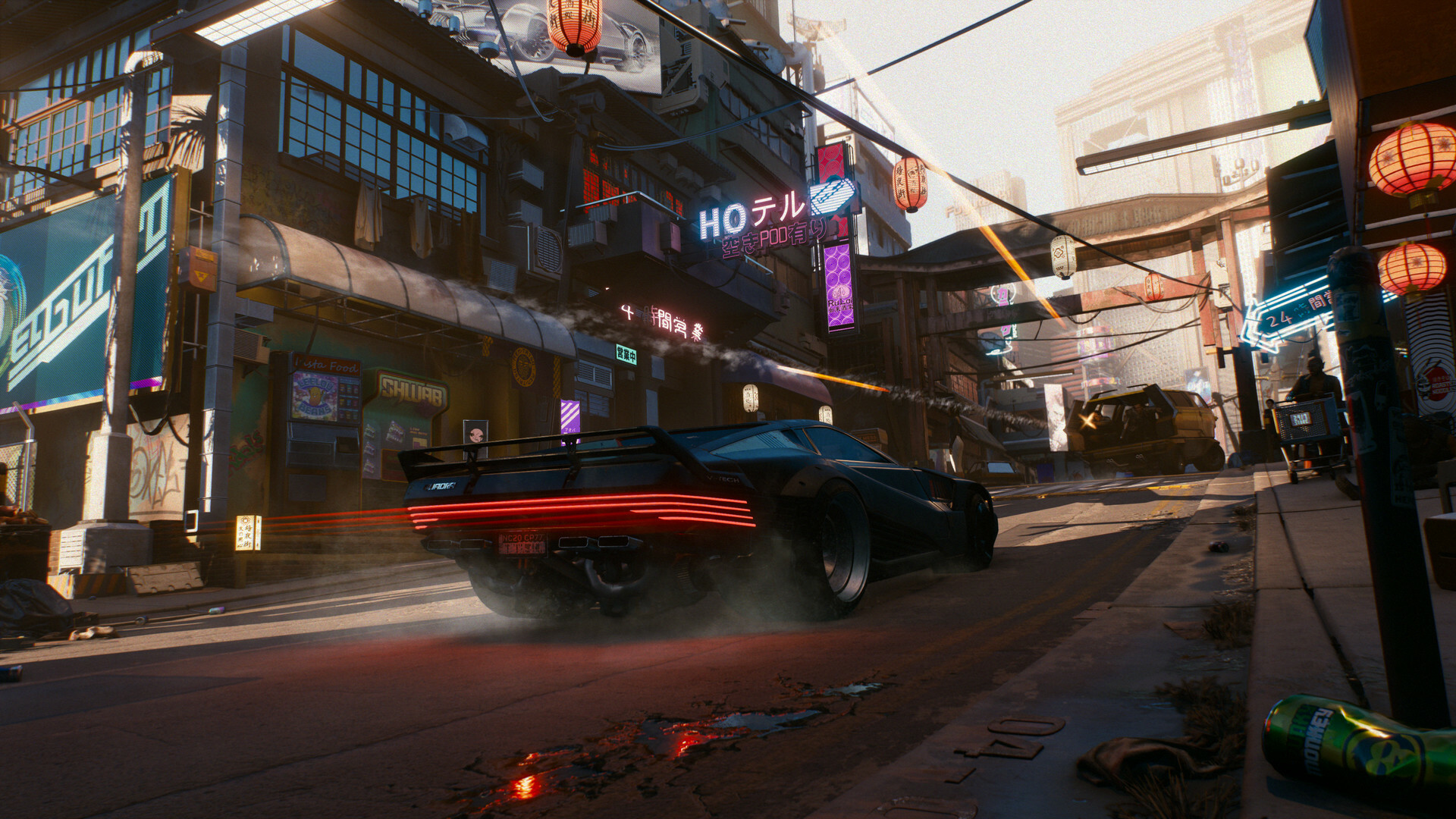 Having said that, if I had to pick I’d probably want to slip into the role of a netrunner. Being able to hack and control all kinds of devices in this world sounds like a fun skill to have, and their kind of work always seems to be in high demand.Marcin Blacha, Story Director: A cyberpunk city is not a place I’d want to live in, so in the world of the dark future I would choose to be a nomad. A wandering life with people I can rely on is something that speaks to me, and the inconvenience of travel doesn’t bother me at all! As a nomad, I’d get to see a large part of the world, work seasonally during harvest, or pitch in to rebuild one of the many war-torn cities out there. Also, I could drive an armored and heavily armed truck – cruising under the scorching sun on the highway to nowhere. Sounds like a pretty sweet deal to me!Paweł Kapała, Senior Gameplay Designer: Oh, definitely a fixer – I like to know people who can get stuff done and organize anything and everything that’s needed. Plus, you get lots of exclusive access to places you might not visit otherwise, like Afterlife, or Militech HQ – so it’s a no-brainer! 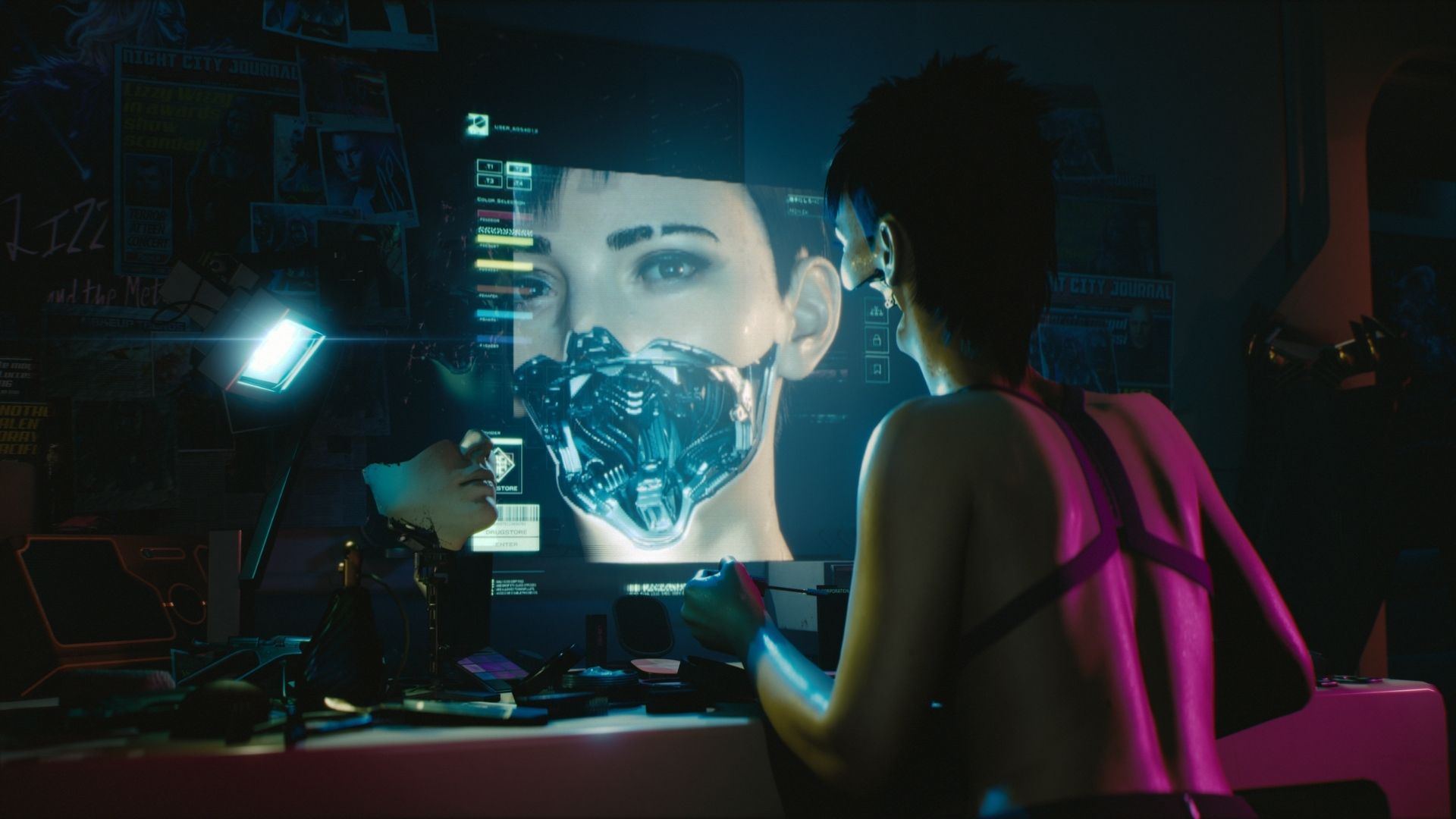 P.T Adamczyk, Composer: Definitely a rockerboy. Music, crowds, afterparties... All of that is very tempting, especially since I’m a composer and love music to death!And who will you become in Night City? Dive into the fascinating world of Cyberpunk 2077 on GOG.COM and see what kind of future you can carve for yourself there!
See comments (8)