The striking game in development from Crafting Legends is already available on GOG.COM, yet some questions surrounding the game remain unanswered. That’s why we’ve decided to reach out to Stephan Hövelbrinks, the title’s main originator and creator, to tell us more about the fascinating Death Trash project.GOG.COM: As we can see in the description of Death Trash, the game is heavily inspired by cyberpunk and post-apocalyptic classics. Which cult titles would that be?Stephan Hövelbrinks: There are the Fallout games, mainly - one of my favorite game series, delivering both on atmosphere as well as on gameplay. Regarding cyberpunk, there's a bit of Deus Ex and Beneath A Steel Sky in Death Trash, although I'm not sure how much of that is visible to the outside. 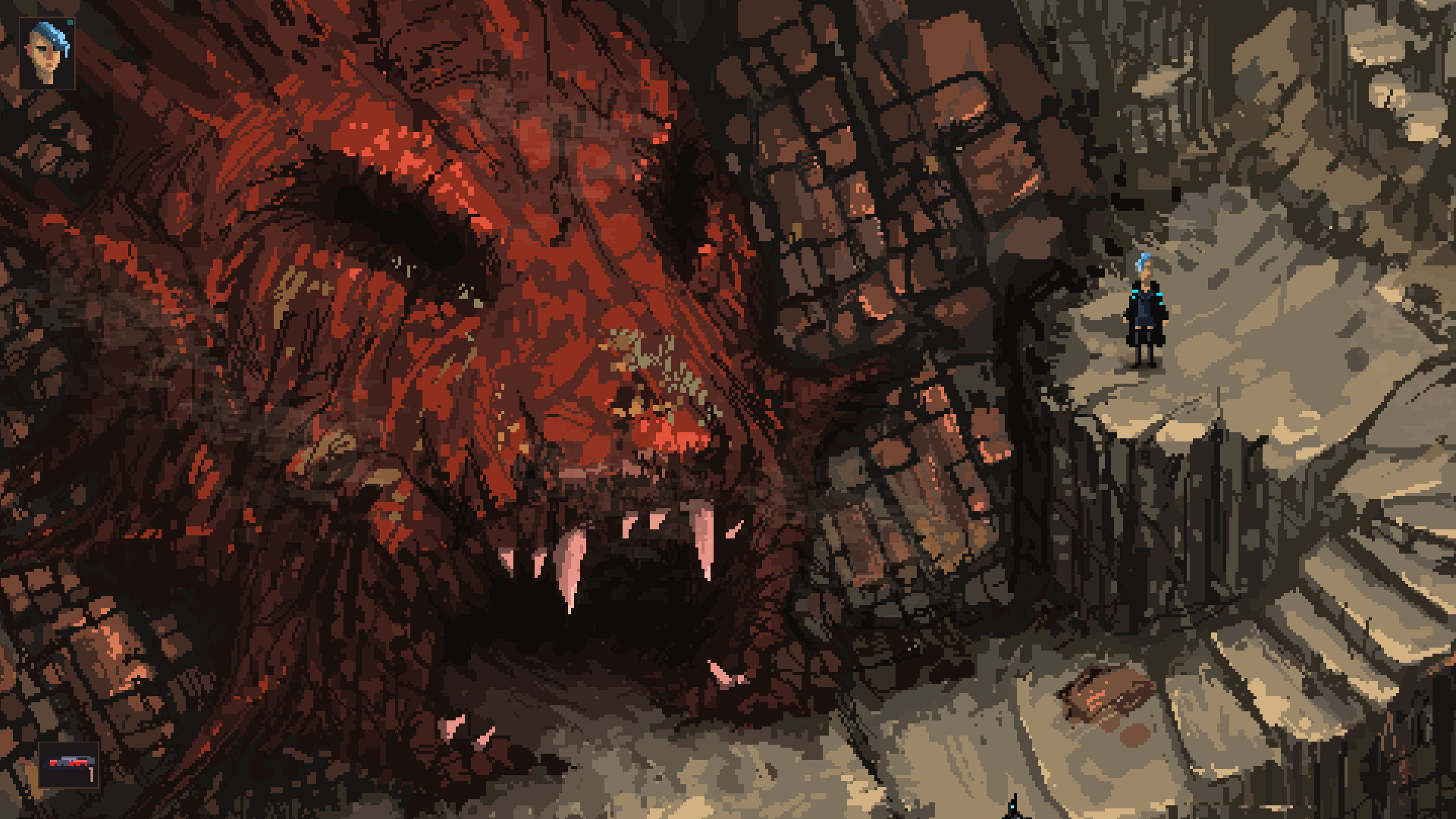 Other game influences outside those genres include Ultima 7 and its mix of adventuring and world simulation, and Planescape: Torment, with its strong and gritty personality and a touch of the grotesque. The game is influenced by a wild mix of things, actually. Movies like Mad Max and The Blood Of Heroes, classic heroic literature, Black and Death metal topics and cover art, and a small dose of Monty Python.How did you come up with the idea for Death Trash? Was it a one-night inspiration or did the game’s grim world slowly emerged in a creative process?Death Trash was born by accident, sort of. It was during a time when I painted daily art: One image per day to learn and experiment. Then Fallout 4 was announced during the summer of 2015 and I made one fan art piece in kind of a rough isometric pixel art. I jokingly tweeted this as "I'm gonna make my own Fallout now". 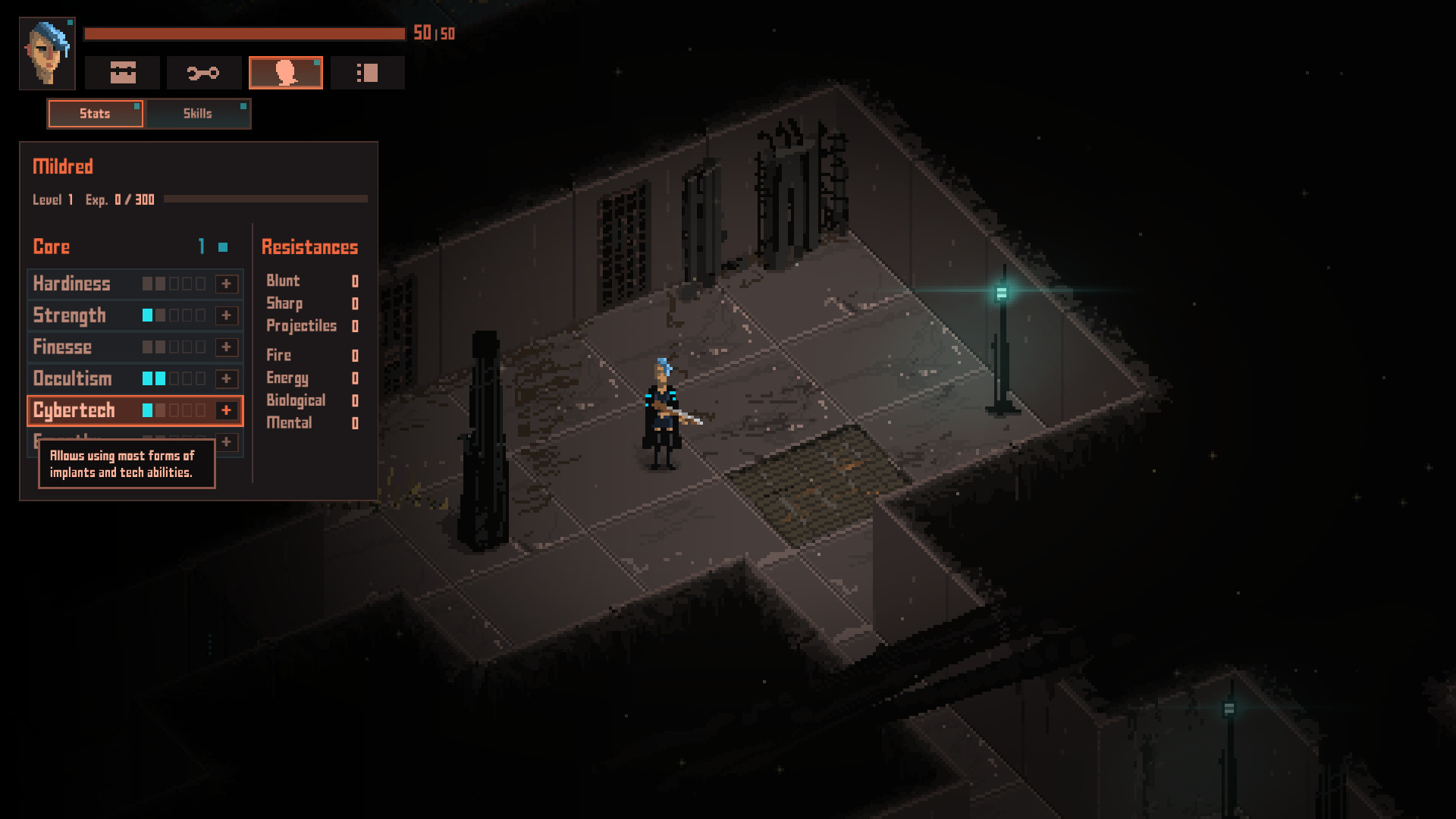 I knew almost immediately, though, that this was it, the base for the "epic role-playing game" I always wanted to make. Not a Fallout game, but a similar gritty and atmospheric RPG. So I continued making art over the next months and the world of Death Trash slowly emerged, image by image. Building visuals first and then later adapting the world building so it's all connected and not just random.The gameplay ideas were there right from the start, too, but building those was what started the multi-year development journey.One of the first things you must do in Death Trash is crafting your own character. How much do the decisions made by the gamer at that point affect the whole gameplay?It affects some gameplay, like how well the player character can perform some combat and non-combat actions. We're trying to strike a balance there, though. Stats are important, but due to the real-time action, there's also a good amount of player skill involved.Regarding the start of the game, our approach is to immediately throw the player into the game world itself instead of frontloading too much info, and the character creation reflects that: You can assign points, but you can also jump in right away and decide later about the stats. There's also the possibility to respec the character later in the game for a cost if the player finds out they would prefer another playstyle. 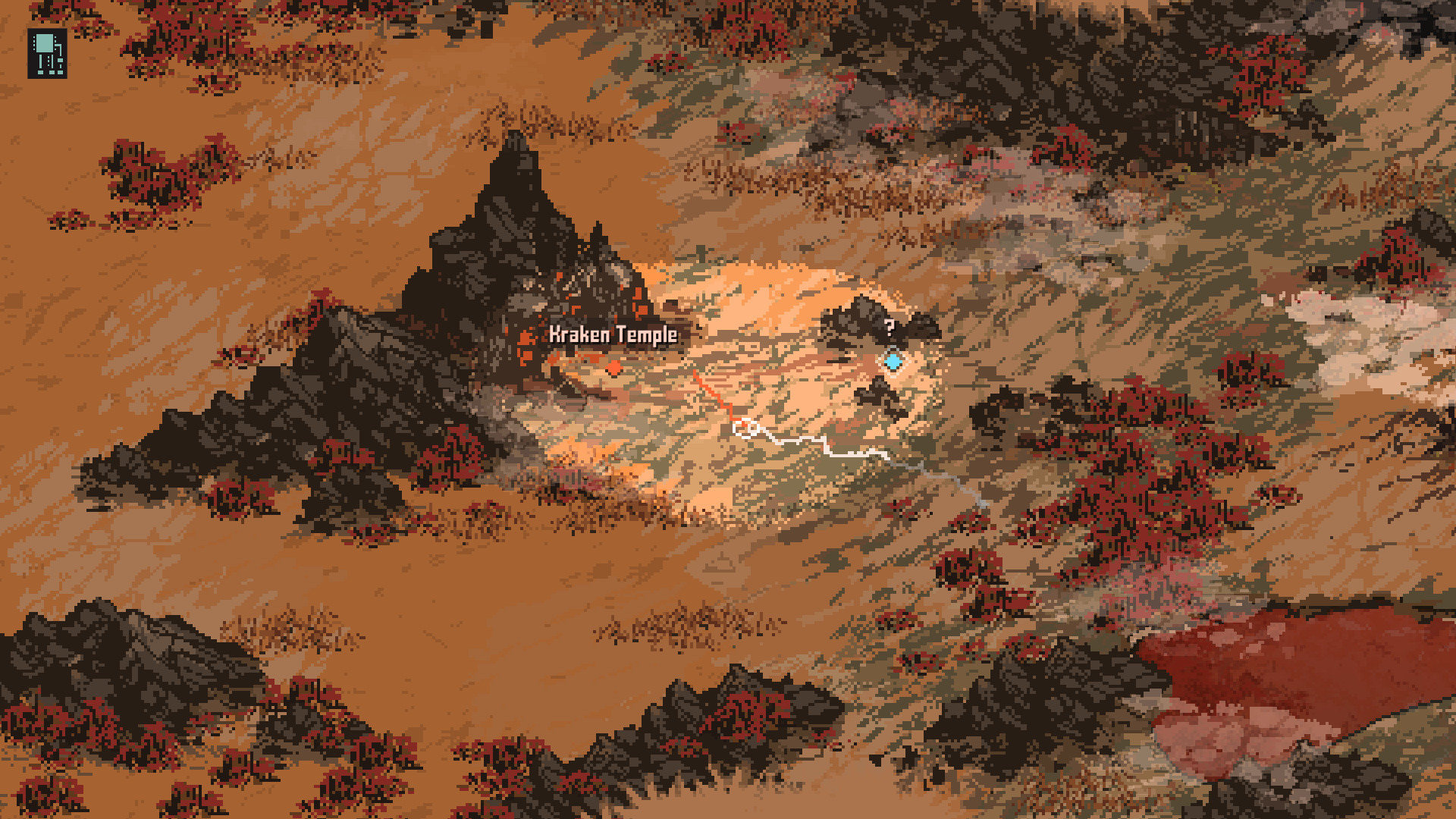 Balancing the action and RPG elements can be quite tricky when developing a game. How do you approach this topic in Death Trash? Should we train our fingers or brains more before starting the game?Balancing this is tricky, indeed. Action and stats are both important for us, and their mix is part of the gameplay personality of the game. For example, combat relies on the timed avoidance of damage, which requires a bit of skill, and that player skill will hopefully build up while continuing to play the game. There are multiple ways to approach situations in Death Trash, though. Stealth, for example, could give you an edge when combat skills are not enough, and stats and equipment could give you an edge too.Which part of the game’s development do you consider the most challenging? Can you give us a little update about how work on Death Trash is progressing?Not necessarily the most challenging but definitely the most time-consuming has been building the foundation of the game. Programming it. It's a genre with lots of elements and the mere sum of all systems and features was a huge burden, first as a solo developer, and now with two developers. Combat, stealth, dialogue systems, NPC systems, multiple control schemes, manual save games, etc. It adds up. 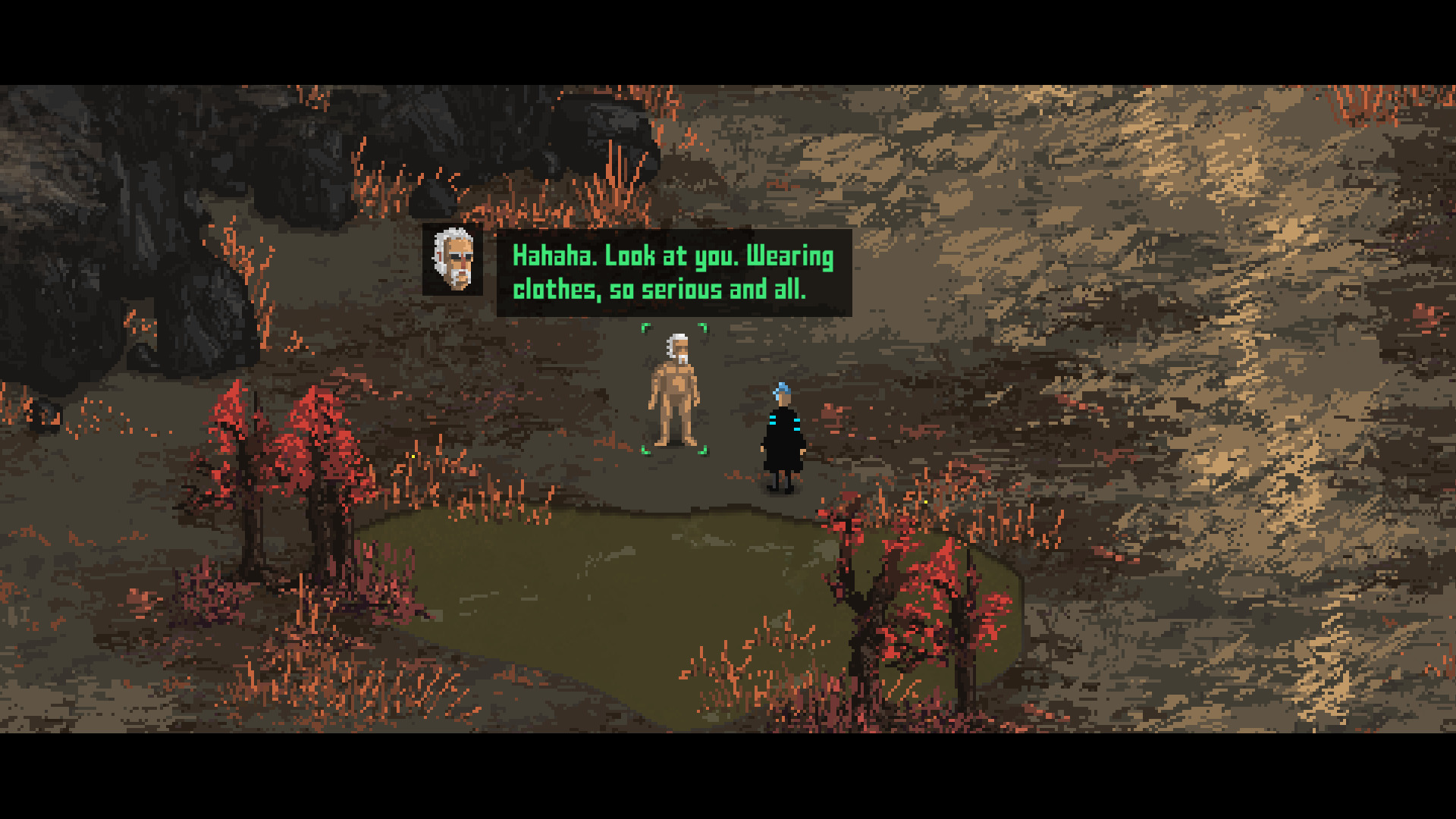 It feels like the most challenging part now lies in combining all those elements into a coherent game and building a world for it that keeps having a believable mystery. All while keeping what's there already being playable through all changes for past and current players. It's not possible to keep progressing on all fronts equally, so there are parts that will lag behind, unfortunately. For example, the main story quests of the game, and people playing it now should really be aware that it's not only unfinished but also a work in progress.But the feedback process is necessary for Death Trash to become a great game and with what's there already, you can have fun for more than five hours and have an atmospheric experience already. So we feel like we are at a natural milestone now to invite everyone to join us in witnessing Death Trash grow into its final form.Can’t wait to dive into the dark, post-apocalyptic world of Death Trash? The game is now available on GOG.COM – play it and share your gaming experience with us in the comments.
See comments (11)