Interview: creators from Owlcat Games tell us more about their epic RPG – Pathfinder: Wrath of the Righteous

The next breathtaking adventure set in the fantasy world of Golarion is upon us! That’s why to get you even more excited about Pathfinder: Wrath of the Righteous, we’ve decided to ask its creators, Owlcat Games, a few questions about the game.GOG.COM: Three years have passed since gamers around the world fell in love with Pathfinder: Kingmaker – topping such success might seem like a daunting task at first. How did you approach it at Owlcat Games? What was your main creative goal when you started developing Pathfinder: Wrath of the Righteous?Alexander Mishulin – Creative Director: Our goal was to tell the next great story set in our beloved Pathfinder universe. We debated for a while which Adventure Path would be more interesting, more suitable, and more ambitious, and we set our eyes on the Wrath of the Righteous. It features epic confrontation with powerful Demon Lords and allows the player to choose a Mythic Path to follow. Mythic Path expands player choices both mechanically (providing an additional layer to the character development) and narratively (changing story significantly with a choice of a particular Mythic Path). Thus, Mythic Paths build upon the strongest elements of Pathfinder Kingmaker – a story with meaningful choices and mechanical richness and diversity. So we decided that will be an excellent direction for the game to follow Pathfinder: Kingmaker. 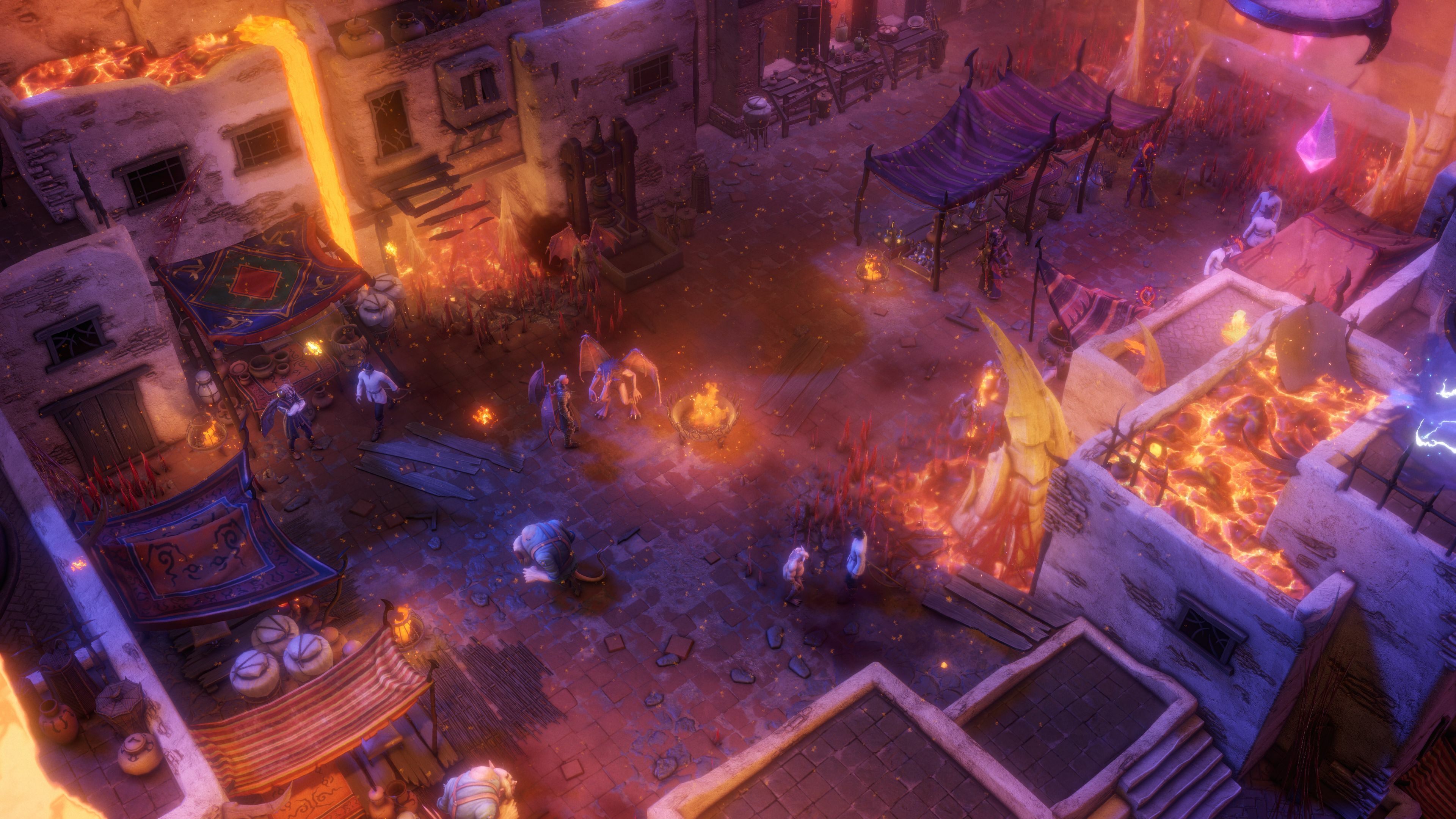 We’re quite sure that fans of Pathfinder: Kingmaker simply can’t wait to jump into their favorite fantasy universe once more. Can you give us a hint about what has changed in Golarion since our last visit and what new fascinating location we are bound to visit?Filipp Kovalev – Level Designer: Golarion is a vast world filled with all sorts of exciting places to explore; northwest of Stolen Lands, there is a scar on the surface of Golarion — the Worldwound.The Worldwound is more than just a place. It’s a rift leading straight into the Abyss! An Outer Plane inhabited by demons; monstrous creatures spawned from the sins of mortals! Over the hundred years since the Worldwound was opened, demons have flooded from its depths, seeking to conquer Golarion and drag it screaming into the realm of their birth. 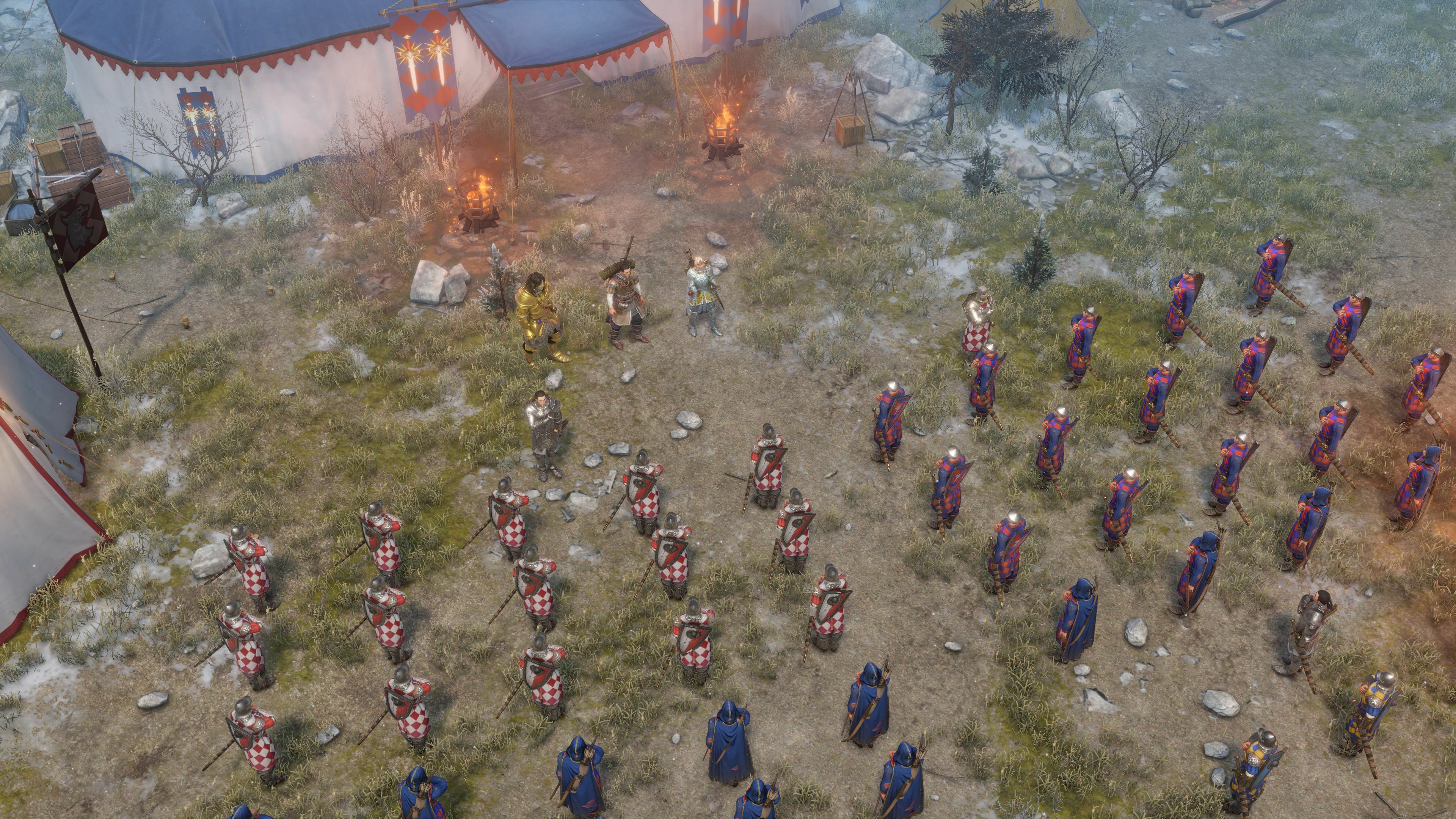 They have been stopped by the mortals of Golarion, led by Queen Galfrey, ruler of the bordering nation of Mendev; but until now, the most that the forces of Golarion have managed has been to lock the demons into a hundred-year stalemate.But now, several years after the events of Pathfinder: Kingmaker, this stalemate is about to break, and you will be the fulcrum point around which the final battle against the Abyss pivots.It is up to you to lead the bloody battles between the demons and crusaders as you advance deeply into the Worldwound — a sick and corrupted land covered in poisonous lakes, carnivorous plants, and animals twisted beyond recognition. The logic of the Abyss rules in the Worldwound. Those raindrops on your clothes? Poisonous blood pouring from the darkened skies, accompanied by a hailstorm of human entrails! That treasure chest? A monster, filled with razor-sharp teeth!You will lead your armies into the Worldwound, through the ruins of Sarkoris, the civilization which was wiped off the face of Golarion by the merciless onslaught of demonic hordes when the Worldwound opened; and then… into the Abyss itself. 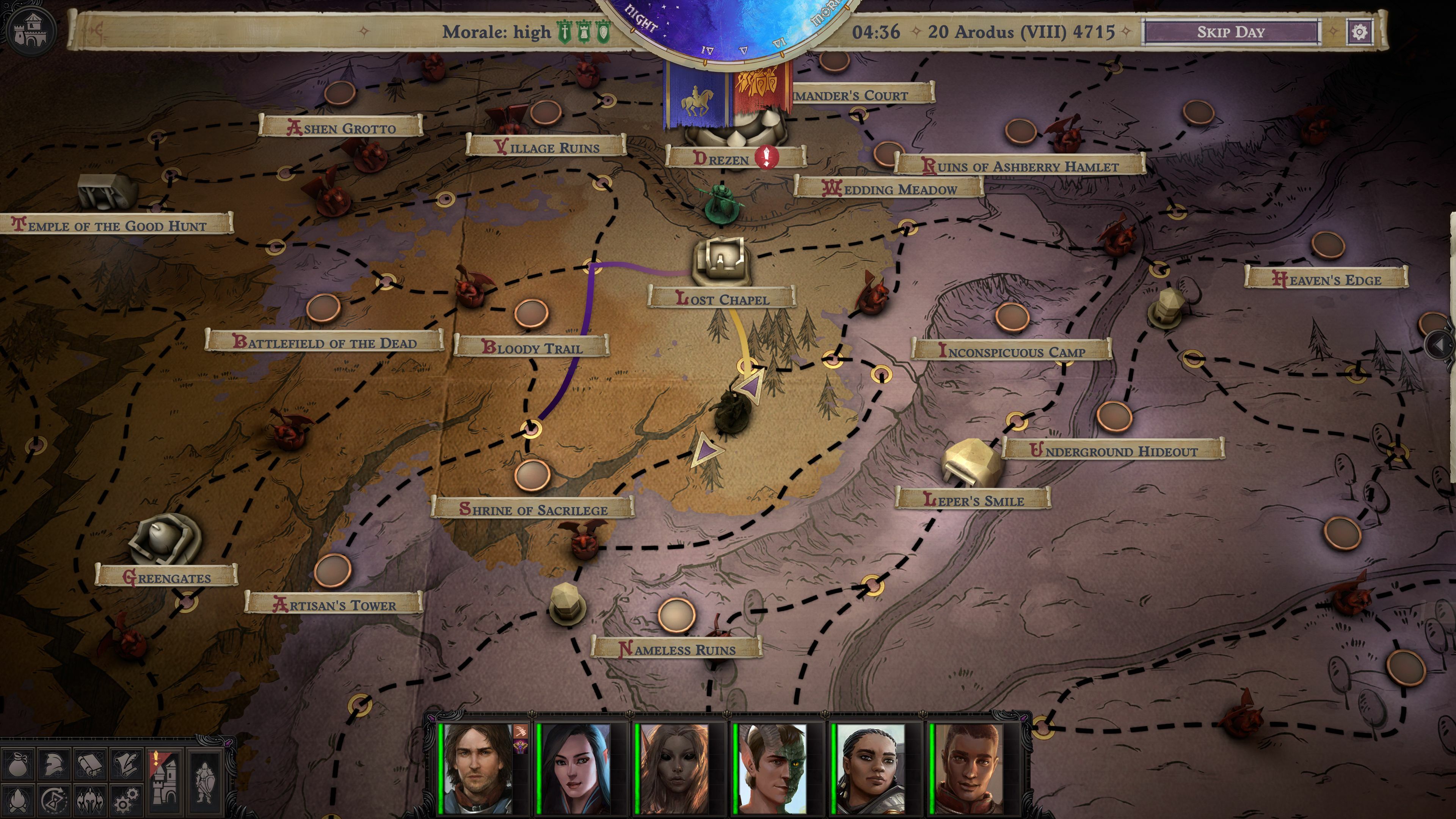 Pathfinder: Wrath of the Righteous features a considerable array of races and classes that players can choose from while creating the main character. Can you tell us a bit more about the races that are being introduced to the series?Julia Chernenko – Senior Game Designer: We added Dhampir, Kitsune, and Oread as playable races. Dhampir is half-vampire, half-human, thus gains some advantages and disadvantages from undead creatures. For instance, healing would damage dhampir, so it is very advised to be careful when choosing this race. Kitsune is a shapeshifter's race. You will be able to customize both fox and human visuals and shapeshift into one or another at your will. Oread is a durable race. They are humans who had some elemental being of the earth in ancestry.As we care a lot about freedom to build whatever character you want, we added 9 new starting classes, 6 new prestige classes, and each starting class now has at least 6 archetypes, with some having 7 with unique race-oriented archetypes, such as Nine-Tailed Heir - a unique archetype of Sorcerer, available only to Kitsune. It would take a whole day to talk about all of them, so I will focus on Cavalier. 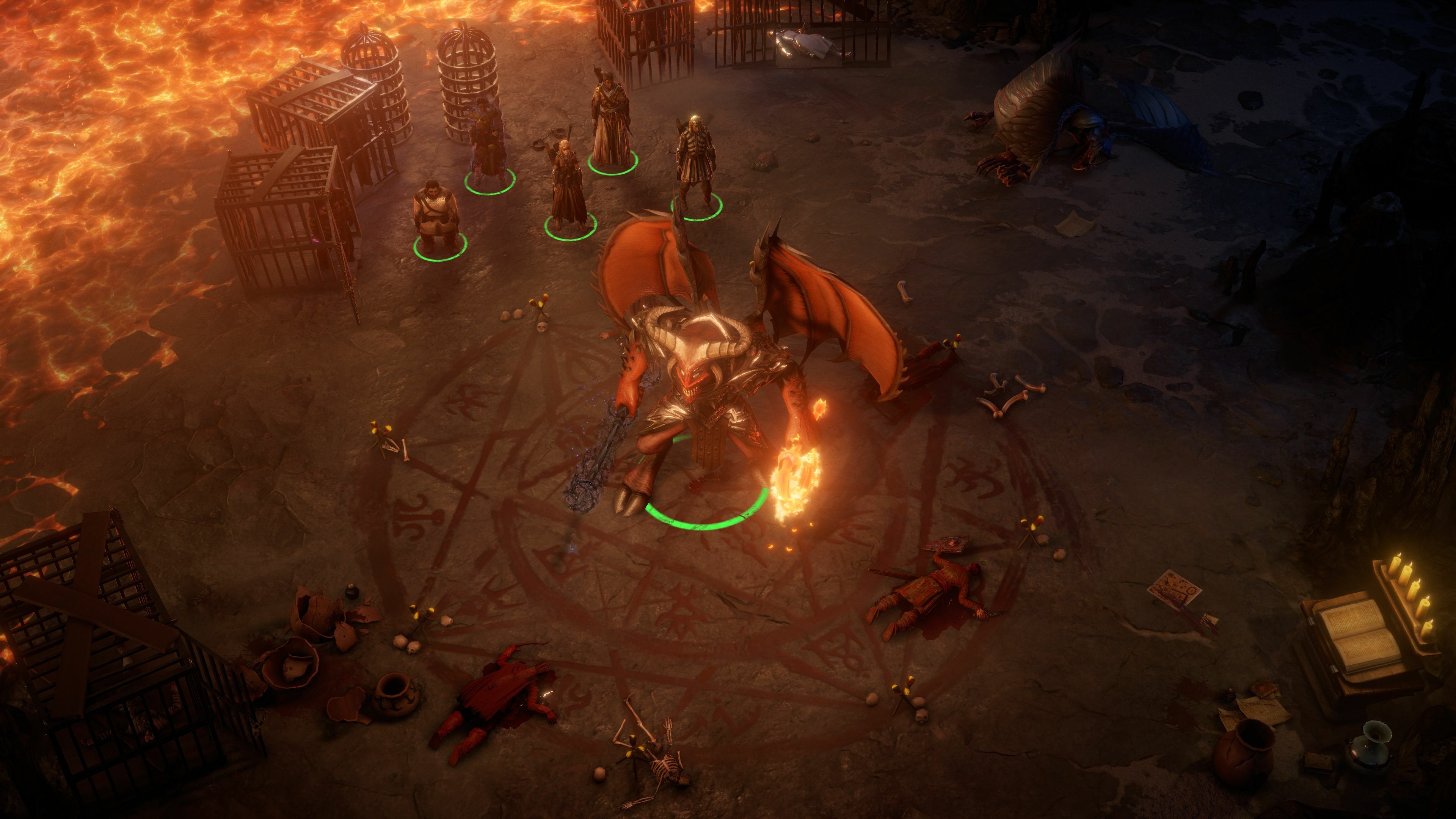 Among other features, we’ve introduced mounted combat. You now can ride your animal companion into the fight! To do so, your animal companion has to be larger than you. So, at the first level, Cavalier gets a Horse and can immediately mount it. Also, Cavalier gets a lot of unique abilities for mounted combat, so your charges and attacks while mounted become even more effective in killing demons.Animal companions have always been an essential part of many classes in Pathfinder, so in addition to mounted combat, we introduced new ways to customize your animal companions. You will be able to name them, equip them, select their feats on level-ups, and select their archetype.The music in Pathfinder: Kingmaker was simply enchanting. What can we expect from the score present in Pathfinder: Wrath of the Righteous? Do its composers intend to evoke a different set of emotions from us gamers this time?Sergey Eybog – Lead Sound Designer: Pathfinder: Wrath of the Righteous is suffused with the spirit of the confrontation between the people of Golarion and the demonic hordes of the Abyss. The possibility of gaining mythic powers to rival the might of the gods also imparts the game with a sense of enormity. While working on the music, our main goal was to highlight and emotionally amplify the epic scale of the story. 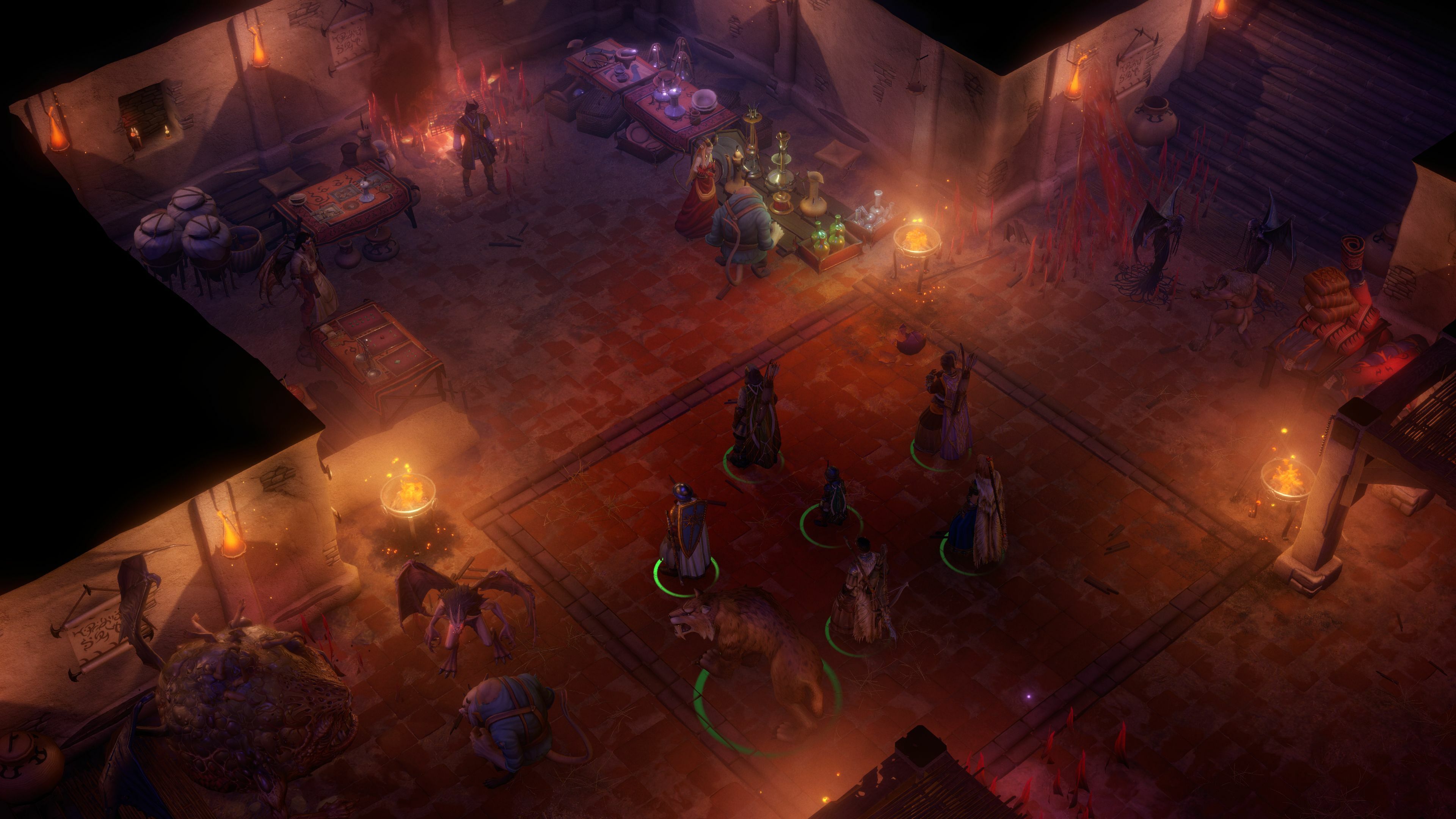 The key ideas we referred to were the crusade — the symbol of the united forces of good — and the Abyss — the embodiment of chaos and destruction — and we sought to define a distinctive sound for each side. The music for the crusaders and their divine patron, Iomedae, is based on bold brass sections and a large mixed chorus, which gives it an inspiring and encouraging air. The music of the Abyss gravitates towards formlessness, strange timbres, and unsettling overtones, and when combat starts, we use electric guitars and choral parts in Latin.Naturally, during their travels in the Worldwound, players will visit all sorts of locations, from deserted villages to huge cities. That’s why, just as we did in Kingmaker, we tried to reflect this diversity in the music. Some locations will provoke a feeling of solitude, others anxiety, and agitation. But there will also be instances of celebration and joy or moments when the music calls you into battle. We also composed numerous new tracks for specific story events, and we are especially proud of the themes we created for the game’s major antagonists. 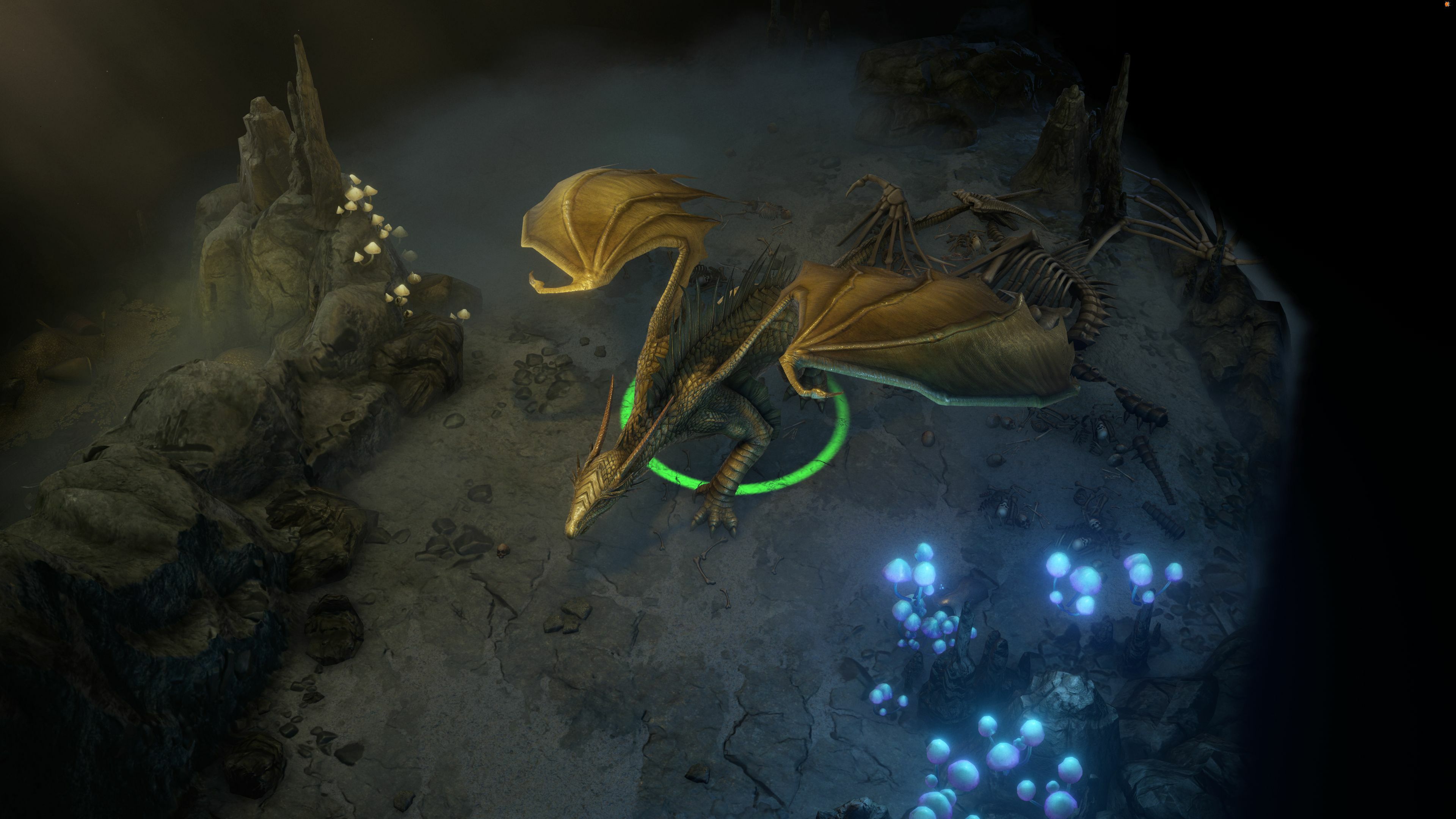 A captivating story and an RPG’s freedom of choice are general characteristics that do not always go well together. How does Pathfinder: Wrath of the Righteous’ main writer approach this delicate balance?Alexander Komzolov – Lead Narrative Designer: At the beginning of the project, the team gathered to realize what kind of reactivity we would like to make as rich as possible; what feature would be the most appealing to the team, and the players. We found our answer - the Mythic Paths. Following one or the other greatly affects the game's world and provides the players with awesome abilities. We put a lot of effort into each of the Mythic Path stories, made them develop alongside the main plot, added unique decisions to the main plot's culmination moments, and provided a unique game's ending to choose from.I don’t know about you, but we’re sitting on the edge of our seats before we can travel to Golarion once more. Are you also a big fan of the Pathfinder universe? Write more about your experiences with this outstanding RPG franchise in the comments!
See comments (9)