Here in 2020, it seems like there’s at least one or two high-profile military first-person shooters coming out each year, but back in the early 2000s, it was a different scene, one full of military shooters.You had titles like Call of Duty coming out for the first time and then, in 2005, gamers got the chance to enjoy a squad-based tactical shooter in the form of Brothers in Arms: Road to Hill 30. To help celebrate the iconic title’s 15th anniversary, we thought it would be fun to look back at the military shooters of the 2000s and, more specifically, what made Brothers in Arms: Road to Hill 30 unique among so many different options. 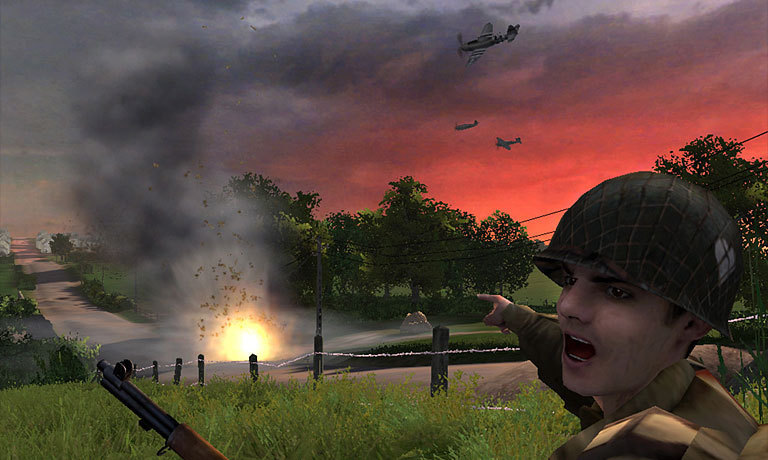 World War II games were abundant in the mid-2000s

The 2000s were a huge time for first-person shooters. You had titles like Halo, Soldier of Fortune, and Return to Castle Wolfenstein if you were a sci-fi fan or a fan of quick, action-style shooters, but there were also plenty of realistic military shooters to choose from if that was more your speed. You had the iconic Call of Duty and Battlefield series’ heating up and in the mid-2000s, plenty of World War II shooters were being released, as well. In addition to Brothers in Arms, you had Call of Duty 2, Day of Defeat, both Medal of Honor: Allied Assault and Medal of Honor: Pacific Assault, and Red Orchestra - all WWII games, all released within four years of each other.Even with all of the competition, Brothers in Arms: Road to Hill 30 helped differentiate itself from the crowded playing field. 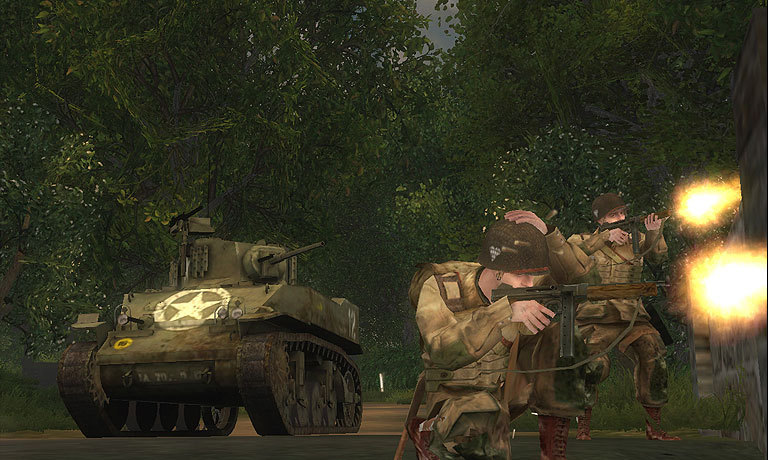 Developed by Gearbox Software (best known for the Borderlands series), Brothers in Arms introduced a realistic military with innovative squad mechanics that helped define the title. The developers even went above and beyond and hired a retired US Army Colonel, John Antal, to consult on some of the title’s more tactical elements. Antal went as far as to train the developers both in the classroom and on the field, and that extra knowledge and understanding can definitely be seen in the final product.Unlike many military shooters, Gearbox really made the weapons feel realistic for the timeframe. These guns didn’t shoot perfectly, but instead used accurate sights from the era and featured recoil that made shooting the weapons a bit more difficult. Those factors may have made things a little harder, but that increased difficulty also helped make successful missions feel that much more satisfying.In addition to the realistic feel, Brothers in Arms used a unique squad shooting mechanic that gave missions increased depth and variations for completing the mission. Because your weapons were more difficult to shoot, commanding your squad (typically two other, pre-chosen NPCs) was essential to ensure success through each mission. This would happen in real-time and would be essential to helping you flank enemies to dispatch them efficiently. Even today, Brothers in Arms’ squad-based features are memorable among the large list of military games to release in the 2000s. 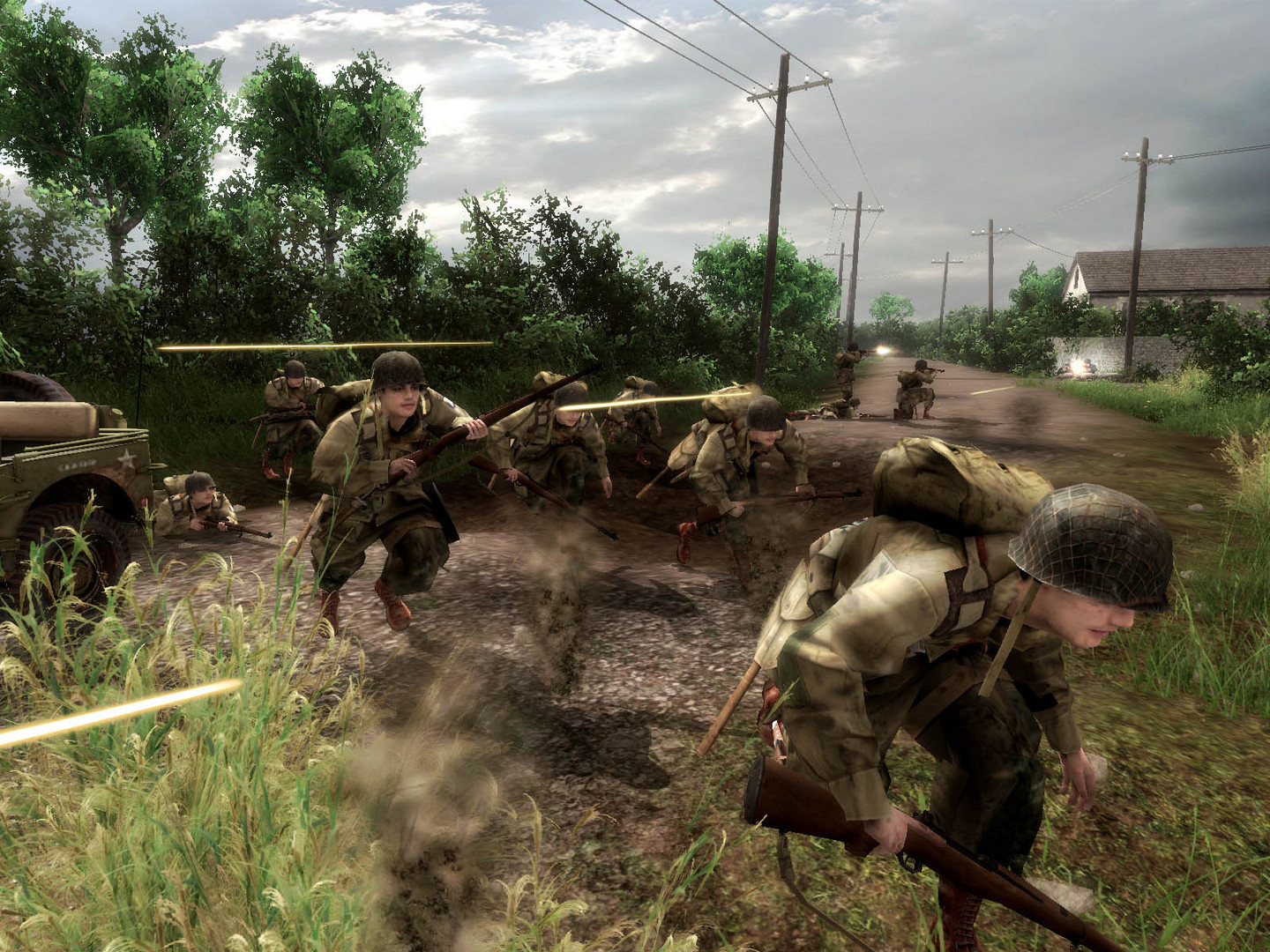 Brothers in Arms took a more realistic approach to the story, as well

Along with its realistic shooting and squad mechanics, the story in Brothers in Arms: Road to Hill 30 felt more realistic than some of the other military shooters to release in the time frame. Based on a true story, you play as part of the famed 101st Airborne Division as you drop behind military lines on D-Day. Your first mission has you replaying the Battle of Bloody Gulch at Manoir de Donville which was also referred to as Hill 30.Throughout the game, you assist in various battles and skirmishes that share real-world events. This addition to detail really brings players into the game and, for some, helped it stand out among the plethora of other military shooters. In fact, one reviewer noted that while many of the military shooters at the time felt like classic Hollywood war movies, Brothers in Arms felt more gritty, realistic and modern, like Saving Private Ryan or Band of Brothers, and that the "authentic and emotional portrayal of war" helped make it a unique experience.The title was a success and has paved the way for a variety of Brothers in Arms games throughout the years, meaning there is plenty to enjoy past the first title in the series. If you are looking for a military trip down memory lane and squad-based tactics seem like an interesting addition to the classic formula, it’s definitely one worth checking out!What do you think? Have you ever played Brothers in Arms: Road to Hill 30? Plan on it now? Let us know in the comments!
See comments (31)