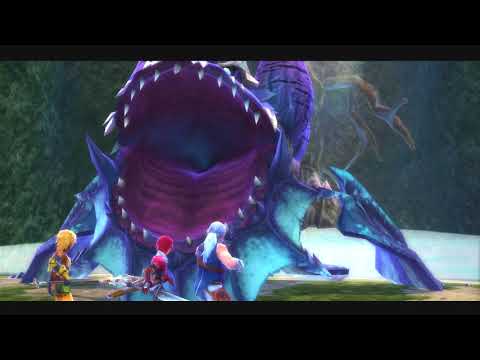 Why buy on GOG.COM?
DRM FREE. No activation or online connection required to play.
Safety and satisfaction. Stellar support 24/7 and full refunds up to 30 days.
Ys: Memories of Celceta
Description
World-famous red-haired adventurer Adol Christin awakens in the unfamiliar land of Celceta, remembering nothing more than his own name. Bereft of his past, Adol explores the town he happened to wander into, searching for any clues at all to his identity. Joined by a thief who claims to have spent...
Critics reviews
69 %
Recommend
PCMag
4/5 stars
Wccftech
8.5/10
RPG Fan
83%
User reviews
4.5/5
{{ review.content.title }}
Product details
2018, Nihon Falcom Corporation, ...
System requirements
Windows 7, Intel Core i3, 4 GB RAM, AMD Radeon HD 6570, Version 11, 3 GB available space, Compatible...
Description

World-famous red-haired adventurer Adol Christin awakens in the unfamiliar land of Celceta, remembering nothing more than his own name. Bereft of his past, Adol explores the town he happened to wander into, searching for any clues at all to his identity. Joined by a thief who claims to have spent some time at his side these past weeks, the young adventurer helps rescue doomed miners from a collapse – an act which ingratiates him to the local Romun Army general. Impressed with their skills, the pair is enlisted to explore the Great Forest of Celceta and map its vast expanses – a task which many have attempted in the past, but from which none have ever returned alive.

Eager to unravel the mystery of his past and the cause of his predicament, Adol sets off with his new-old thief friend, Duren, to chart the untamed wilderness that claimed his memories. Along the way he meets numerous other individuals who seem to have encountered him before, and must carefully determine who among them can be trusted.

Developer Nihon Falcom originally revisited the land and characters of Japanese cult favorite Ys IV in 2012 with Ys: Memories of Celceta on the PlayStation Vita, and the game found its way to North America the following year. Now, this re-envisioning moves from the small screen to PC monitors, with a bevy of updates and enhancements to fully take advantage of its new platform.

Featuring a unique take on the party-based combat system that’s come to define modern Ys titles, as well as one of the largest and most varied overworlds in the series’ long and illustrious history, Ys: Memories of Celceta brings a greater sense of adventure to the Ys universe than ever before, with this PC iteration serving as the definitive version of one of the franchise’s most pivotal entries.

Things Are Looking Up
Achieved one thousand Aerial Combos.
common  ·  46.94%

When You Got It
Achieved five hundred Skill Finishes.
common  ·  36.2%

Trails in the Mud
Walked an extraordinary total distance.
common  ·  43.26%