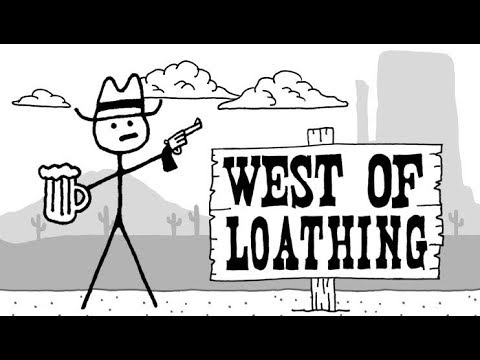 OpenCritic Rating
PC Gamerby Christopher Livingston
88/100
The turn-based combat isn't the best, but it's a delightfully written RPG absolutely packed with humor.
Read full review »
Polygonby Noah Caldwell-Gervais
9/10
Asymmetric Then there's the lore. West of Loathing takes place after a major magical disaster: the Day the Cows Came Home. Portals to hell turned the cows demonic, and great darkness spread across the West. West of Loathing elicits this powerful emotional connection with stick figures. It bonds you to its world with nothing more than doodling and dialogue. There's a pretty good turn-based adventure game there, under the hood, but West of Loathing's many strengths are all personal: connections made between developer and player when you both laugh at the same time. Absurdism aside, there's something fundamentally human and direct baked into the game's whole design from aesthetic to script. On top of it, you can dunk your hand into a spittoon of caustic toxins to pull out an enchanted sword. That's the kind of player choice I didn't even know I wanted in a Western RPG.
Read full review »
RPG Fanby Jonathan Logan
95%
One of the funniest RPGs ever made, West of Loathing combines a unique visual presentation with outstanding roleplaying.
Read full review »
Reviews powered by OpenCritic
You may like these products
In library In cart Soon Wishlisted
In library In cart Soon Wishlisted
Movie
Free
Play for free Coming soon
User reviews