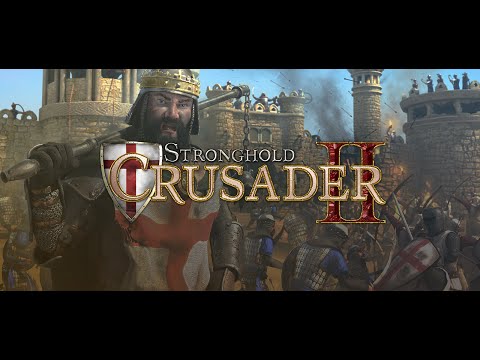 Stronghold Crusader 2 is the long awaited sequel to Stronghold: Crusader, the original 'castle sim'. After 12 years Stronghold returns to the deserts of the Middle East circa 1189, with a new 3D engine and realistic castle destruction powered by Havok Physics. Crusader 2 will recapture the original game’s addictive, fast-paced gameplay and authentic castle simulation.

True to its roots this new Stronghold will define old school real time strategy, combining RTS and city builder gameplay. Playing as a brutal Crusader Knight or Arabic freedom fighter, you must use a deadly array of troops and destructive siege equipment to decide the fate of the holy lands. Lead your forces into battle as either Richard the Lionheart or the Sultan of Syria in two historic single-player campaigns, with dynamic events such as tornados and locust swarms. Become the greatest Lord by managing your desert economy and seizing control of vital oases.

To dominate the battlefield you will need to command more than 25 unique unit types, mastering their special abilities. Raise morale with the Sergeant at Arms, charge in with the Sassanid Knight, use Archers to launch an arrow volley or scale castle walls with the deadly Assassin. Once your skills have been perfected put them to the test in skirmish mode or take the battle online with up to eight human and AI players. Create teams, choose different AI opponents and design your own map in the ultimate skirmish or multiplayer game!

OpenCritic Rating
God is a Geekby Mike Stubbsy
7/10
Overall, Stronghold: Crusader 2 does a lot of things well. Managing the economy is important, but it doesn't need to be constantly managed (although you do need to take the right resource path in order to succeed). Combat is the traditional RTS "smash into each other experience" but it works well (despite the questionable unit AI), and building your castle is incredibly pleasing despite the dodgy interaction with terrain. Irritating moments such as the enemy Lord fights and generally high difficulty detract significantly from the game, but it's still an enjoyable romp for any RTS fan.
Read full review »
Game Revolutionby Paul Tamburro
4/5 stars
Firefly Studios hasn't quite made a new classic RTS game here, but they were extremely close.
Read full review »
Gaming Nexusby Tom Bitterman
8.8/10
Does a good job walking the thin line between economy-sim and RTS.  Gives a good "build it and then knock it down" feeling with varied and colorful units.
Read full review »
Reviews powered by OpenCritic
You may like these products
In library In cart Soon Wishlisted
In library In cart Soon Wishlisted
Movie
Free
Play for free Coming soon
User reviews