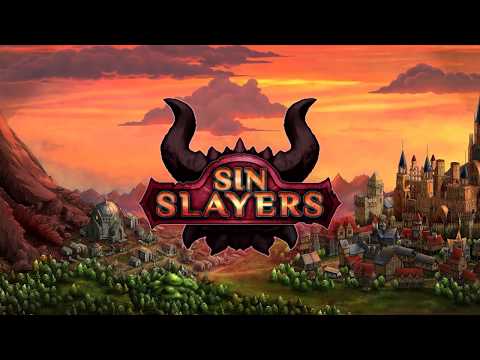 Why buy on GOG.COM?
DRM FREE. No activation or online connection required to play.
Safety and satisfaction. Stellar support 24/7 and full refunds up to 30 days.
Sin Slayers: The First Sin
Description
The full version of Sin Slayers is available GOG.com. You can purchase it here Sin Slayers: The First Sin is a free demo of Sin Slayers, an isometric RPG with roguelike elements, where your choices determine how challenging the fights and enemies will be. This version contains 2-3 hours of g...
User reviews
Awaiting more ratings
{{ review.content.title }}
Product details
2019, goonswarm, ...
System requirements
Windows 7/8/10 (64bit), CPU 2100 MHz, 2 GB RAM, GeForce 210 or similar videocard, Version 9.0, 1 GB...
Description

The full version of Sin Slayers is available GOG.com. You can purchase it here

Sin Slayers: The First Sin is a free demo of Sin Slayers, an isometric RPG with roguelike elements, where your choices determine how challenging the fights and enemies will be.

This version contains 2-3 hours of gameplay, all major game elements, first story act and one procedurally generated map, that you can clear multiple times.