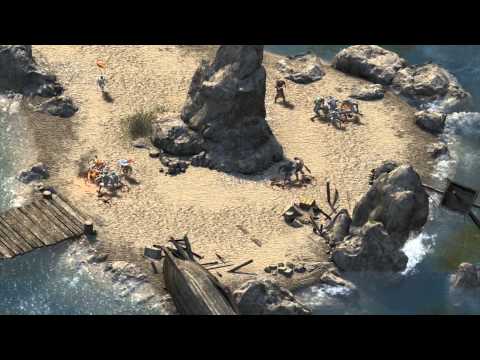 Recapture the deep sense of exploration, the joy of a pulsating adventure, and the thrill of leading your own band of companions across a new fantasy realm and into the depths of monster-infested dungeons in search of lost treasures and ancient mysteries. The Definitive Edition includes the award-winning Pillars of Eternity alongside its expansions, The White March: Parts I & II, as well as all bonus content from the Royal Edition, and a new bundle of content called the “Deadfire Pack,” inspired by Obsidian’s upcoming Pillars of Eternity II: Deadfire.

OpenCritic Rating
Game Informerby Matt Miller
9.3/10
A fantastic tactical RPG for players looking for a deeper and more complex story and gameplay experience
Read full review »
PC Gamerby Andy Kelly
92/100
A deep, rich, and wonderfully written RPG that lives up to the towering legacy of the games that inspired it.
Read full review »
GameSpotby Kevin VanOrd
8/10
Pillars of Eternity is a lengthy and enjoyable role-playing game that springs from a time-honored tradition.
Read full review »
Reviews powered by OpenCritic
You may like these products
In library In cart Soon Wishlisted
In library In cart Soon Wishlisted
Movie
Free
Play for free Coming soon
User reviews