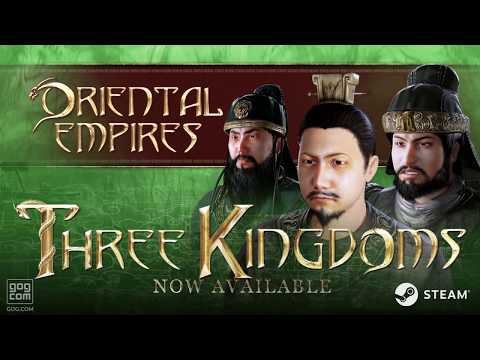 Yet the time of chaos was also a time of opportunity, when men of courage and ambition could rise to power from outside the traditional aristocracy. A common soldier could become a warlord, a sandal maker could become an emperor, and a fugitive would come to be revered as a god.

In this expansion you take the role of a warlord attempting to re-unite the land, and create a new dynasty.

Oriental Empires: Three Kingdoms © 2019 R.T. Smith. Developed by Shining Pixel Studios. Licensed exclusively worldwide to and published by Iceberg Interactive B.V. All brands, product names, and logos are trademarks or registered trademarks of their respective owners. All rights reserved. Made in the UK.