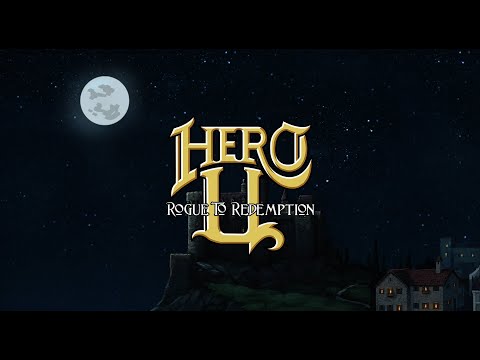 In Rogue to Redemption, Shawn O'Conner strives to become Rogue of the Year while exploring a mysterious castle, making friends and enemies, fighting deadly foes, and uncovering the secrets of his own hidden past. Meanwhile players will enjoy the rich and humorous dialogue and descriptions as they guide Shawn through his adventures.

During the day, Shawn attends classes at the University, practices his skills, and tries to make friends with other students. At night, it's time to pull out weapons, armor, and traps to explore the abandoned wine cellars, stunning sea caves, creepy catacombs, and deadly dungeon beneath Hero-U. Most combat is optional for those who prefer a pure adventure game, but there are ample rewards for those who choose to valorously fight the creatures that threaten the school and all of Sardonia.

OpenCritic Rating
RPG Fanby Hilary Andreff
88%
If you're a fan of Quest for Glory, school-based adventures, or rogues, you want to sign up at Hero-U right now.
Read full review »
GamingTrendby Ben Lombardo
90/100
Hero-U: Rogue to Redemption is fantastic. It's a highly immersive experience with great writing that will have you fall in love with some characters and hate others, while also giving you the opportunity to live out your rogue fantasies. Every minute is a genuinely fun DnD-esque experience, even when having to study for a test or have the protagonist complete tasks like learning how to lockpick or fight. A definite must-have for any isometric RPG fans.
Read full review »
TechRaptorby Dylan Wilby
8.5/10
Playing Hero-U: Rogue to Redemption is like curling up in front of a fire with a good book: you give yourself to the story. Bugs and obtuse puzzles aren't enough to detract from what's a unique and thoroughly entertaining experience.
Read full review »
Reviews powered by OpenCritic
You may like these products
In library In cart Soon Wishlisted
In library In cart Soon Wishlisted
Movie
Free
Play for free Coming soon
User reviews