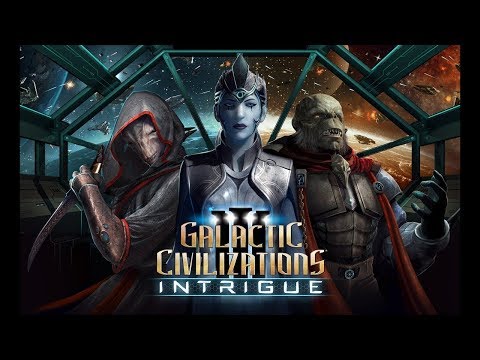 OpenCritic Rating
GamingTrendby Sean Anthony
85/100
Intrigue allows players to choose from 20 governments each with their own perks, special events that can reward unique ships or even destroy one of your planets, and is primarily a positive game changer for Galactic Civilizations III. Commonwealth are a neat idea, but sadly end up becoming more of a nuisance than an ally.
Read full review »
Gaming Nexusby Tom Bitterman
9.5/10
They make the game better.  Definitely worth picking up.
Read full review »
Softpediaby Cosmin Vasile
8.5/10
Obviously, Galactic Civilizations III: Intrigue is now without its flaws, but it appears that Stardock managed to considerably reduce the number to just a few. Although almost every aspect of the base game has been improved, I feel that some of the newly added features need a bit of balancing or tweaking.
Read full review »
Reviews powered by OpenCritic
You may like these products
In library In cart Soon Wishlisted
In library In cart Soon Wishlisted
Movie
Free
Play for free Coming soon
User reviews