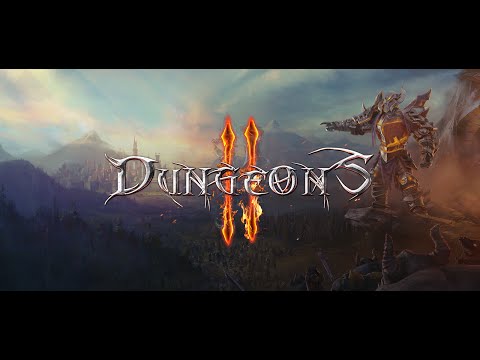 Why buy on GOG.COM?
DRM FREE. No activation or online connection required to play.
Safety and satisfaction. Stellar support 24/7 and full refunds up to 30 days.
Dungeons 2
Description
Includes the "A Clash of Pumpkins" DLC The Dungeon Lord is back – and this time he’s serious! In Dungeons 2, fulfil the Dungeon Lord’s insatiable quest for vengeance by recruiting fearsome new monsters from all corners of the underworld in order to undertake his evil bidding. Taking over the under...
Critics reviews
19 %
Recommend
Game Informer
8/10
PC Gamer
76/100
The Jimquisition
8/10
User reviews
3.5/5
{{ review.content.title }}
Product details
2015, Realmforge Studios, ESRB Rating: Teen...
System requirements
Windows 7 / 8 / 10, AMD or Intel 3GHz Dual-Core or 2.6 GHz Quad-Core, 3 GB RAM, Intel HD4400, NVIDIA...
DLCs
Dungeons 2: A Chance of Dragons, Dungeons 2: A Song of Sand and Fire, Dungeons 2: A Game of Winter
Description
Includes the "A Clash of Pumpkins" DLC

Ugh, Daylight!
A creature steps into the Overworld for the first time in the campaign.
common  ·  56.23%