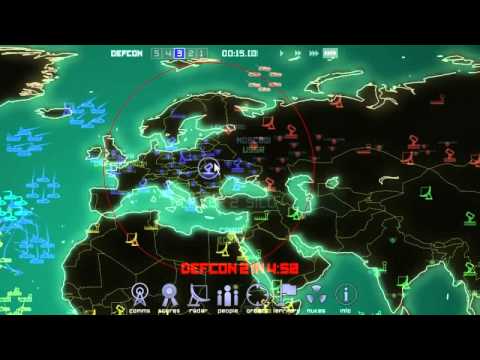 DEFCON is a hell of a ride for a strategy games fan. What can be more thrilling that a world-wide, thermonuclear conflict that wipes out all of humanity from the face of the Earth? You start slowly, deploying your forces on international waters, sneaking under the radar. Then, as the DEFCON level changes, players are allowed to use aggressive tactics and even start a conventional war. The conflict is slowly but unavoidably heating up as the game progresses and when it reaches a critical level then the ultimate weapons of mass destruction are unleashed. Let the countdown to extinction begin!